Match Day Two of the European World Cup Qualifiers for Qatar 2022 got underway on Saturday afternoon/evening, four groups and ten games took place across Europe, let’s see how the teams got on in their second qualifiers…

Ireland was stunned at home by lowly Luxembourg as their qualifying campaign took a huge blow, the only goal of the game came five minutes from time when Rodrigues netted for the visitors to hand them a rare win in a game the hosts must have fancied to win from the outset, but this defeat sees them bottom having lost both their games too far.

Serbia and Portugal both have four points from two games after they drew in Belgrade although Portugal will not be happy after throwing away a two-goal lead, Liverpool man Diogo Jota’s first-half brace looked to have the visitors well on their way to two wins from two, but a goal from Fulham’s Mitrovic and a Kostic leveller on the hour mark made sure the Serbs grabbed a point, although the hosts did end the game with ten men after Milenkovic was sent off in stoppage time.

Serbia & Portugal lead the way and then come Luxembourg in third place after their shock win in Dublin, whilst down at the foot it does not look good for Ireland so far.

Belarus twice had to come from behind to net three points in their opening game of the qualifiers in Minsk against Estonia, Henri Anier gave the visitors the lead just past the half-hour mark but a Lisakovich penalty brought the hosts level right on half time, Henri Anier then restored Estonia’s lead but Kendysh brought Belarus level once again. Oigus was then sent off for the visitors with thirteen to go and Belarus took advantage of the extra man as Savitski and a second from Lisakovich saw the hosts take the win.

Over in Prague Belgium had to cling on for a draw against a Czech Republic side who probably felt they should have won the game, Provod drove beyond Courtois early in the second half to give the Czech’s the lead but a wonderful pass from de Bruyne to Lukaku saw the big striker finish well and earn the Belgian’s a point, meaning both them and their opponents have four points from two games so far.

The Czech’s and Belgium lead the way after two games, Estonia has lost both their games conceding ten in the process, Wales play Czech Republic in Cardiff next and know that is probably a must-win after their defeat in Leuven on Match Day One.

Montenegro have two wins from two after they saw off a stubborn Gibraltar side, Baciraj put the hosts ahead but Styche, who plays for Northern Premier League side Buxton in the UK, netted from the spot on the half-hour mark to bring the visitors level, however, the hosts restored their lead through Simic just before half time before netting a third through Tomasevic early in the second half. And then Jovetic netted with ten minutes to go to seal the host’s win.

Turkey is in a fine position in the group after they backed up their win over the Netherlands on Match Day One by seeing off the other big side in the group in Norway in Malaga. Ozan Tufan netted an early goal before Leicester centre half Caglar Soyuncu doubled the Turks advantage just before the half-hour mark, and then Ozan Tufan added a second for himself and a third for Turkey just before the hour mark.  Norway’s evening was to get worse when Thorstvedt was given a straight red only thirteen minutes after coming on as a sub with ten minutes to go as Norway ended the game with ten men.

The Netherlands got the win they needed after that disappointing opening night loss in Turkey after netting a very dominant win over Latvia at The Johan Cruyff Arena in Amsterdam, Berghuis netted his first international goal just past the half-hour mark with a delightful curling effort from outside the box, and they doubled their lead when de Jong powered home a header with just over twenty minutes remaining.

Turkey has beaten both their rivals for top spot already and is in pole position now after two games, Netherlands and Norway have to work to do and must win their third games next week you would have thought, Montenegro will have a say no doubt in the group as well.

A brace from skipper Dzyuba handed Russia a very important win in front of 15,000 in Sochi, the hosts were under pressure after recent form in the Nations League and a scratchy win in Malta, but Dzyuba slotted home the opener before brilliant close control saw him fire home to double the host’s advantage, and although Slovenia netted a superb repost by Iilcic, it was enough for the hosts to take a welcome three points to make it six points from six in their campaign so far.

In Rijeka, the Croatians could only muster the one goal at home to Cyprus, but that was enough to see them to their first win of the campaign, and it came five minutes before the breakthrough Pasalic as the 2018 runners up bounced back from that reverse in Ljubljana on Match Day One.

Over in Trnava Malta almost caused an almighty upset after they ended up grabbing a point against Slovakia, this after leading 2-0 in the opening twenty minutes. Gamblin and Satariano had Malta in dreamland but the Slovaks netted through Strelec and Skriniar early on in the second half to bring the scores level, but fair play to Malta they still managed to hold on for a superb point, and a rare one at that against a side ranked in the top 40 in the FIFA world rankings.

Russia lead the way with a perfect two wins from two whilst Slovenia and Croatia have three points, Slovakia’s disappointing draw at home to Malta means they have drawn both their games so far against the teams below them, which doesn’t bode well for them heading into games against the teams above them.

The Qualifiers continue on Sunday as the other six groups enter Match Day Two with fifteen games taking place, home nations interest sees England in Albania at 5 pm and Scotland in Israel at 7.45 pm, world champs France is also in action as are Spain, Italy and Germany, so should be a good Sunday. 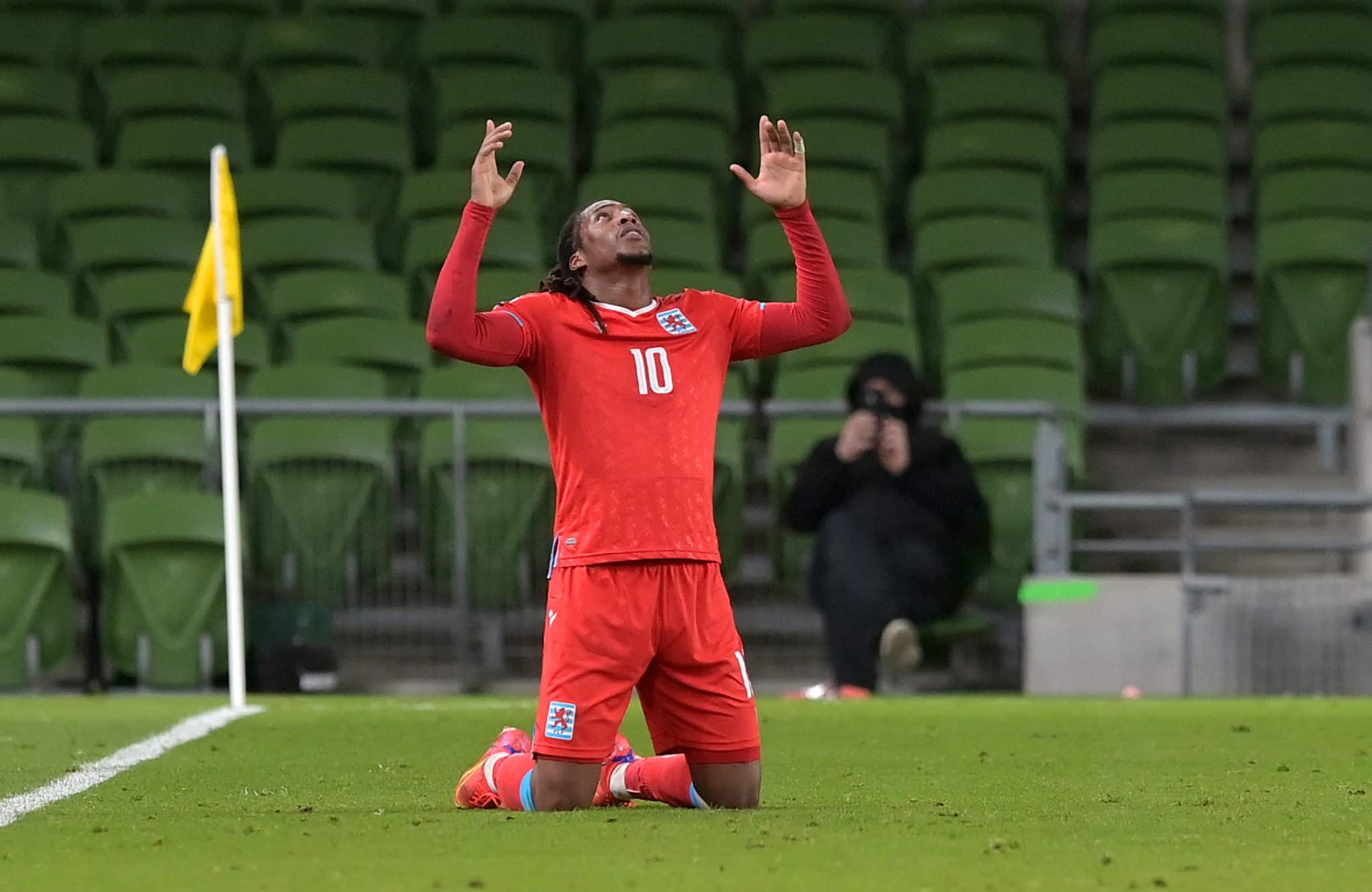