Another tumultuous NBA Midseason Trade Deadline has come and gone. Many teams waited ’til the last minute to work their magic to secure the players they needed in order to position themselves favorably towards the playoff push, while some downsized. While there was one player that many expected to be traded elsewhere didn’t create breaking news, It was the little things that made headlines. From top to bottom, we’ll look at the winners and the losers from the trade deadline and how it will shape the landscape of the NBA. Let’s start off by shouting out the winners of the trade deadline.

Winner: Miami Heat. More specifically, Pat Riley. The Heat, much like any notable contender, was looking to acquire Kyle Lowry from the Toronto Raptors, but no deal could ever commence. Instead, the Heat went to their next option when they traded Kelly Olynyk and Avery Bradley to the Houston Rockets for Victor Oladipo and trading Chris Silva and Moe Harkless for Nemanja Bjelica.

In other words, Miami acquired their third star and a much-needed big man by giving up minimal in return. This strategy was a classic Pat Riley tactic, playing chess, not checkers.

Though the Heat is currently in a six-game losing streak, that will change once Oladipo and Bjelica make their debut for the roster. In addition, Miami has two roster spots open and though they lucked out on getting LaMarcus Aldridge, that won’t stop them from acquiring a high-quality big and a wing player.

Winner: Chicago Bulls. The Chicago Bulls are feeling really good about themselves right now. Not only did they acquire Nikola Vucevic from the Orlando Magic, but they also acquire Al-Farouq Aminu, bolstering their frontcourt depth with Zach LaVine and Lauri Markkanen at the helm.

The Bulls are currently in 10th place in the Eastern Conference, but with the star power they’ve acquired, they could make some waves heading towards the postseason, even if it means that they would have to play for the last two seeds for the playoffs. Throw in a rising star like Coby White, plus bench players like Troy Brown, Mo Wagner, and Daniel Theis,  Chicago will be prime contenders in the future.

Winner: Denver Nuggets. The Nuggets needed another star to help out Nikola Jokic and Jamal Murray, and in doing so, they acquired Aaron Gordon from Orlando for Gary Harris and trading Isaiah Hartenstein to Cleveland for a returning Nuggets player in JaVale McGee. The addition of the high-flying Gordon deepens Denver’s offense, giving them some variety.

Whether it’s Jokic’s European style of play, Murray’s blistering scoring from the field, or Gordon’s and McGee’s aerial assault with their dunks, Denver has all the makings of being a very dangerous team in the Western Conference.

Already tied for fifth place with the Portland Trail Blazers, The Nuggets look to climb up the rankings and take every advantage possible for them to reach the seeding they need for the postseason, especially with McGee’s experience in the Finals, having won championships with the Golden State Warriors and the Los Angeles Lakers. If last season’s playoff run is any indication of what Denver can do, then this is only the beginning of something greater.

Winner: Los Angeles Clippers. Los Angeles has all-stars in Kawhi Leonard and Paul George, plus an NBA champion in Serge Ibaka, but the one thing they needed the most was a floor general. The Clippers got just that when they traded Lou Williams back to the Atlanta Hawks for Rajon Rondo. Rondo’s experience as a leader is very significant for the Clippers, as evidenced from his NBA Finals experience, winning two championships.

The core of Rondo, Leonard, and George will help solidify the Clippers. Los Angeles will continue to embark on their playoff push and hopefully, a deep playoff run to the Finals.

Winner: Portland Trail Blazers. Much like the aforementioned Nuggets, Portland also gained another scorer, this time being Norman Powell from the Toronto Raptors after trading Gary Trent Jr. The acquisition of Powell gives the backcourt duo of Damian Lillard and C.J. McCollum a third wheel to unleash more of their offense, that also boasts Carmelo Anthony and Enes Kanter.

Portland are currently tied for fifth place with Denver, which means that the race for positioning in the West. Expect the Blazers and the Nuggets to play spoiler and fight for deep positioning in the coming weeks leading to the playoffs. Now that we have mentioned the winners, it’s time to check the losers.

Winner: Brooklyn Nets. Yes, the Brooklyn Nets weren’t that much involved in the trade deadline deals, but they did come away big in the buyout market when they acquired LaMarcus Aldridge. Already loaded with Kevin Durant, Kyrie Irving, James Harden, and recently Blake Griffin, Brooklyn is still the hottest team in the NBA.

Despite being in second place in the Eastern Conference, they are still hotly tipped to emerge out of the East and favorites to win the NBA Championship. This theory could be all on paper, but once fans see the chemistry and how this team meshes together, Brooklyn will either be a force to be reckoned with or a team of egos.

Losers: Orlando Magic. The Orlando Magic were on the downslope this season, but it hurts even more having to lose Nikola Vucevic, Aaron Gordon, Evan Fournier, and Al-Farouq Aminu. Orlando are now in rebuilding mode once more, only this time, they will have to build around Cole Anthony, Mo Bamba, Wendell Carter Jr. The Magic will more than likely going to be fixtures for the draft lottery and it’s going to be a long time before the Magic are contenders in the East again.

Losers (sort of): Toronto Raptors. All eyes were on Kyle Lowry during the midseason trade deadline and teams such as Miami and the Philadelphia 76ers were on his radar. By the end of the trade deadline, Lowry remained a Raptor as Philadelphia would make their own trade, as did Miami. Toronto did lose Norman Powell but picked up Gary Trent Jr. and Rodney Hood from Portland. The Raptors are stuck between trying to fight for a play-in for a playoff spot and being in the draft lottery. For now, they still have Lowry, but for how long is the real question.

Losers: Houston Rockets. Just how much has Houston lost after the departure of James Harden? The Rockets acquired Victor Oladipo from the Indiana Pacers, plus a few players from the Brooklyn Nets. Now that Oladipo has left for Miami and Kelly Olynyk and Avery Bradley are in his place, the Rockets are now a team on an island, even more so, John Wall is a man on an island that is the Houston Rockets.

The Rockets are now looking at rebuilding themselves through the draft, but the real question is, what will they do with John Wall? Will he remain with the Rockets or find a new team to play for?

Losers: Los Angeles Lakers. What’s that you say? How can the Los Angeles Lakers be losers when they really didn’t do anything during the midseason trade deadline? Consider the current state of the Lakers right now. Anthony Davis is sitting out with an injury and LeBron James is out indefinitely with an ankle sprain. Those two injuries place the Lakers in a vulnerable position.

While the Lakers were looking to bring some top-notch talent to Hollywood, but no deal could ever be made. With the trade deadline behind us, there’s always a chance to find a steal in the buyout market. 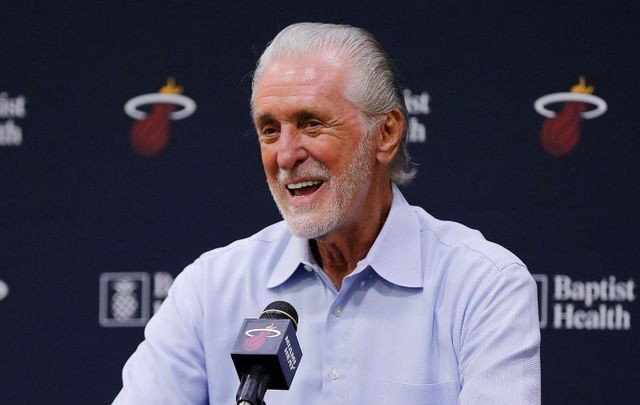