Wales became the kings of Northern Hemisphere rugby on Friday night, as Scotland shockingly beat France in Paris, enabling Wales to become the Six Nations 2021 Tournament Champions. As the conclusion of this season’s Six Nations 2021 tournament was held in Stade de France in Paris, it had many rugby supporters a the edge of their seats as Scotland recorded a historic victory over their French rivals.

With the postponed round 3 fixture between France and Scotland being rescheduled, both rugby unions realized last night’s Six Nations 2021 final encounter was more than just a standard rugby test match. Fabien Galthie’s French outfit required a flawless victory with a four-try bonus-point, along with a 21-point superior point difference, for him to see France crowned champions for the first time in eleven years. However, Scotland had other ideas, with a few of their key players unable to participate due to club commitments. Coach Gregor Townsend’s Scotland side had all to play for in Paris, as a victory would be something Scotland has been unable to achieve since The Five Nations Tournament in 1999.

The game started with both sides expressing their physicality on the front foot as both France and Scotland had everything to play for. It was in the ninth minute where France drew first blood with a penalty to lead the encounter 3-0. Six minutes later, Scotland responded with a converted try as on-form winger, Duhan Van Der Merwe, crossed over the line to score the first try of the match (7-3 to Scotland). Scotland continued to get the scoreboard ticking as flyhalf, Finn Russell, converted a penalty to give Scotland a 10-3 lead on the eighteenth minute.

The Scottish gameplan continued to prove its physicality and France responded with another penalty to reduce the score to 10-6, after 27 minutes. Shortly before halftime, scrumhalf, Antoine Dupont, set up a floating pass which put Damian Penaud in a threatening position, only for him to offload to teammate, Brice Dulin, to score France’s first try in the match. The first half was far from over, as referee Wayne Barnes sent Scottish Captain, Stuart Hogg, to the sin bin following illegal rucking infringement, giving France the one-man advantage. The halftime score sat at 13-10, with The Six Nations 2021 tournament still open for a historic night in Paris.

As the second half commenced, the perfect display of the famous French flair running rugby gave France their second try of the match. French fullback, Brice Dulin, gave centre, Virimi Vakatawa, a well-timed pass, only for Vakatawa to draw in the Scottish defence, and offload to Damian Penaud, who executed a perfectly timed chip kick to score in the corner for an unconverted try, giving France an eight-point lead.

Scotland fought back and scored a penalty to reduce the dedicate to 18-13. Scotland continued to clawback at Stade de France, and their efforts were awarded a converted try, as the Scottish forwards mauled their way through, and replacement hooker, David Cherry, dotted over the line, putting Scotland in the lead, 20-18.

Moments later, France responded with an unconverted try as lock forward, Swan Rebbadj, scored France’s third try, putting them back into the lead at 23-20. With less than ten minutes left, Wayne Barnes sent Scottish playmaker, Finn Russell, off the field, red-carding Russell for dangerous play as he used his forearm to his opposing tackler. A yellow card to French replacement lock, Romain Taofifenua, meant both sides ended the match with fourteen players.

The game was far from over, however, as Scotland was far from done. It would be history in the making as Scotland managed to retain the ball for over five minutes past regulation time. Scotlands replacement back, Adam Hastings, gave winger, Duhan Van Der Merwe, space to execute his second-try in the evening and secured a well-earned – yet equally surprising – victory in Paris. Scotland ended the game victorious with a score of 27-23. What a game to conclude The Six Nations 2021 tournament!

In what turned out to be an exciting Six Nations 2021 Tournament, Wales turned their dismal Six Nations 2020 performance around. From finishing fifth, to getting crowned Six Nations 2021 Tournament Champions. Coincidentally, England who were the Six Nations 2020 Tournament Champions, ended fifth on the table. Sadly for England, they presented a far less impressive campaign with Coach Eddie Jones’, and perhaps it’s the ideal time for his coaching staff to restrategise their game plan going forward. This season’s tournament saw plenty of dynamic and exhilarating rugby, as the four UK teams knew this would be the trials for the 2021 British & Irish Lions Tour of South Africa, which is scheduled to proceed accordingly in July this year.

Who will Warren Gatland select as the British & Irish Lions plan on dethroning The Springboks in their own backyard?

With all four B&I Lions Unions displaying incredible rugby over the past few weeks, a large pool of players assures plenty of depth for the British & Irish Lions Tour later this year. Will Coach Warren Gatland make history and record an emphatic Lions series victory in South Africa?

Let us know your comments below. What are your views on seeing Wales crowned Six Nations 2021 Tournament Champions? 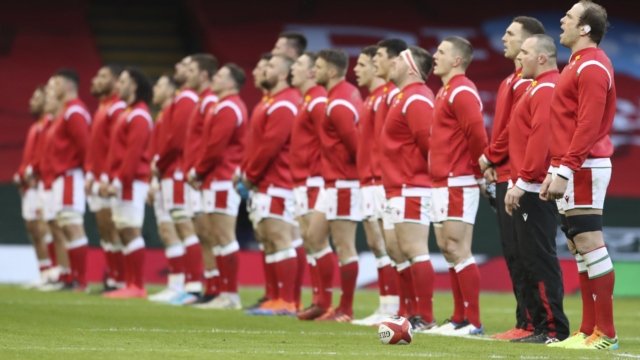