Manchester United have gone five years without a trophy, the last time United won was in 2017 in the Europa League under Jose Mourinho.

The fact that United lost 4-0 against Brentford didn’t come as a shock to anybody. All four goals were conceded in the first half of the game where multiple defensive errors were made. The harsh truth is that United had failed to strengthen their squad over the summer and what they needed was a better defence.

Gary Neville likened their performance to that of the Under 9’s. He told Sky Sports news watching them play against Brentford was like watching “men against U9s. The club’s delay in strengthening Erik ten Hag’s squad was ‘Difficult to forgive’.”

In the Match against Brentford ten Hag blamed the players for “individual mistakes” admitting that Brentford was hungrier for the win, leading United to their second consecutive loss at the start of the Premier League.

August had been quite a mixed month for united, with the two losses at the start of the season to a quickly winning the next four games.

On Monday night, Manchester United broke their dry spell and beat rivals Liverpool 2-1 at Old Trafford, with goals from Jadon Sancho in the 16th minute and Marcus Rashford in the 53rd, winning their first in three games played.

Ten Hag said: “There was communication, there was a fighting spirit, especially there was a team. You can see what they can achieve. Because we can f***ing play good football.”

Some players from the team have come forward to address the issues they had with the squad in the previous season.

Ivorian defender Eric Bailly came out to accuse Manchester United of prioritising English players during his time there.

Bailly, who is currently on loan for the remainder of the 2022/23 season with Marseille, said that the selection of the starting XI was based on nationality rather than their abilities.

The 28-year-old was often left out of the starting XI whilst struggling defender Harry Maguire was always picked. Supposedly talking about Maguire, he said: “The club should avoid favouring English players and give everyone a chance. The club should encourage competition in the dressing room.

“I always had the impression that the English player was favoured. That’s not the case at Chelsea or other big Premier League clubs.”

Bailly, who has made 113 appearances for United, over the course of six years (with injuries), believes that foreign players should be given more of a chance on the squad as he backs ten Hag and hopes that he will be able to move away from the alleged favouritism at the club.

He said: “Some people take it for granted that they’re going to start, and that weakens the team. Fortunately, ten Hag has a lot of character and I hope he can change that.”

Having watched the team play I believe Ten Hag agreed with Bailly seeing as Raphael Varane replaced Maguire as captain over the last five fixtures.

Varane has made 35 appearances in comparison to Maguire’s 149.

Ten Hag said: “The reason is we were good in possession and we defended very well. With Rapha Varane there as the leader, he puts everyone in the right position, he fits really good together with Licha Martinez and also the two full-backs did their job really good.”

Ten Hag’s squad has been impressive so far and deserving of every win based on their performance (which didn’t include Maguire in the starting XI) and fans are hopeful that he [ten Hag] will be the man to push united to the top.

Ten Hag has admitted that he can understand why fans dream of being able to challenge for the title after four consecutive wins but has warned that there is still a long way to go.

He said: “I understand that fans are dreaming, the standards of Manchester United have to be good. We’re at the start of a process, we’re still far away.

“We live those high standards and values and when you show discipline in that you create a winning culture, that is what we have to work for. I’m not thinking we’re there but we’re on our way in a good direction. We have to keep this process going.”

Ten Hag is the fifth permanent manager to come after the Sir Alex Ferguson era, under his management we’ve seen two losses and a quick turnaround, with the latest 2-0 win on Thursday in the Europa League against FC Sheriff.

There is always room for improvement and fans will always be passionate and optimistic when it comes to supporting their team.

Based on their recent performance, do you think Manchester United stand a chance at the top? 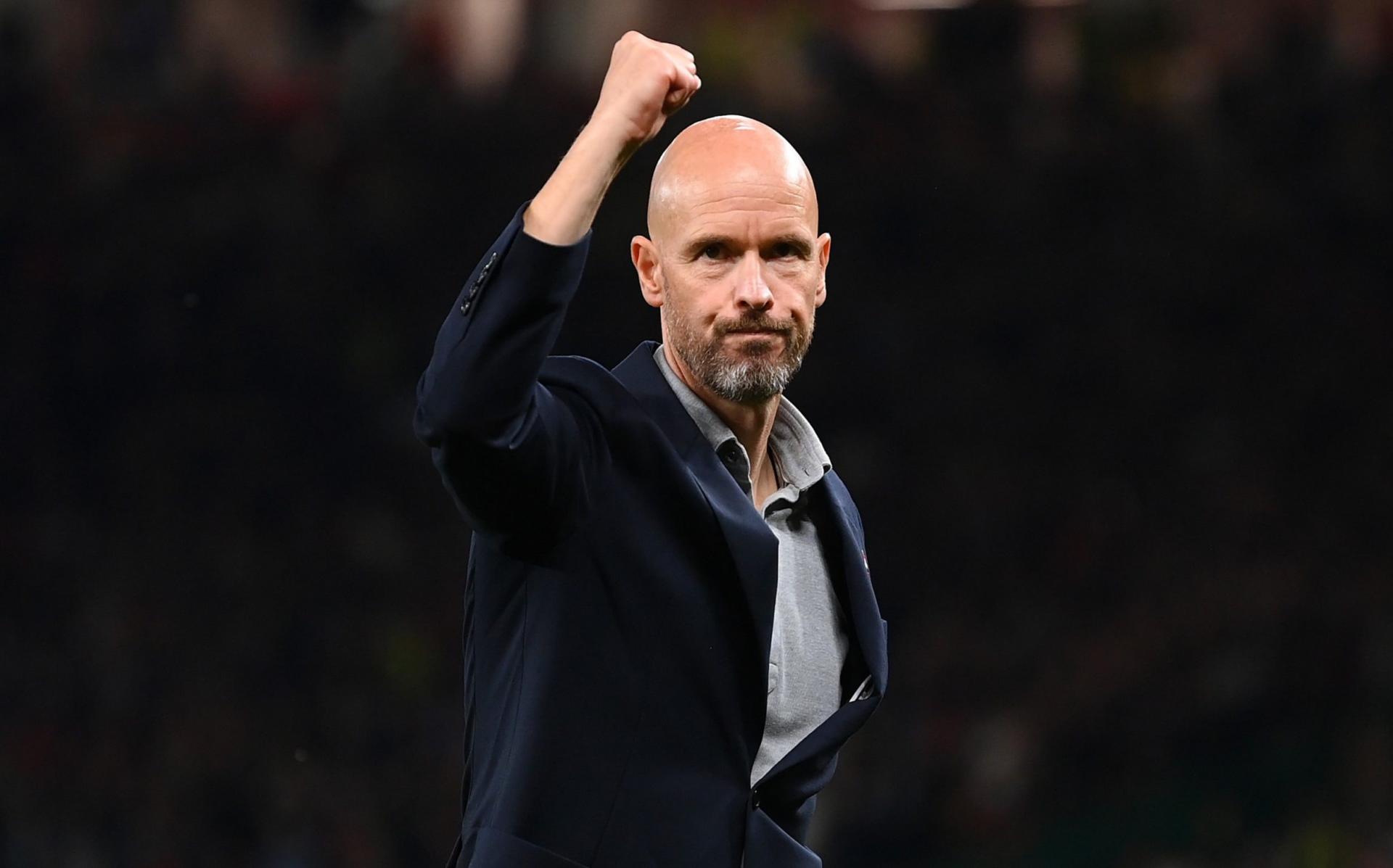