As the year 2019 ends with half of the Premier league season gone, Liverpool currently sit 13 points above their nearest challengers Leicester in 2nd, after amassing 55 points from 19 matches, only dropping points away at Manchester United, and still with a game in hand.

One question that an EPL enthusiast may have is if this Liverpool team is actually just too good to be stopped by any EPL team or if they only look so good because their EPL counterparts are faltering.

Liverpool, currently unbeaten in 50 consecutive EPL home matches, have not been able to match such outright dominance in the EPL on the international stage against clubs outside England.

Even during the summer break, the Reds lost in friendly matches with Borussia Dortmund, Sevilla and Napoli and drew with Sporting Lisbon. And if we’re to take friendly matches as inconsequential and not being a determinant, they’ve not had it easy in the Champions League this season either.

The red Merseysiders lost 2-0 away at Napoli and struggled to draw 1-1 at home to Napoli. They also narrowly escaped with a home win against an Erling Haaland-inspired Red Bull Salzburg side who came from 3 goals down to equalise before the winner from Mohammed Salah, though they quite comfortably dispatched RB Salzburg 0-2 in the reverse fixture away.

They won home and away at Genk who they were well expected to beat though. Also, in their Club World Cup matches, they slightly edged a Monterrey side who had both more shots and shots on goal, courtesy of a stoppage-time winner from Roberto Firmino.

They also laboured against Flamengo, who surprisingly had more of the possession over the match, to win 1-0 courtesy again of Firmino in 1st-half Extra-time.

These all show that they have found complete dominance clearly harder when playing against teams outside the English top-flight, teams they would normally be outright favourites to beat.

Don’t be mistaken, they’ve not found it that easy in the Premier League but they’ve been seemingly too good for any EPL team to stop as their 18 wins and 1 draw from 19 EPL matches show.

It’s worth noting that when their international form of 5 wins, 2 draws and 1 loss tally from 8 matches i.e. 17 points from a possible 24, (excluding goals scored in extra-time) is taken over a 19 match period, Liverpool would have amassed a total of 40 points from a possible 57 points as opposed to their current 54 points tally, and that would place them some positions lower than they are now.

Moreover, when compared with EPL tables from the 2014/2015 season, the league table for the season shows that the teams this season have generally not performed as well as others in previous seasons.

Based on data from the English Premier league’s official website, the points difference between the teams in 5th and 13th this season is well lower than it has been over the past 6 seasons.

And the points difference between the teams in 1st and 2nd this season is the 2nd lowest even as Liverpool still have a game in hand on other teams.

This implies that this season, teams have been more inconsistent and erratic with respect to form, and have been quite well underperforming with respect to the preceding seasons and it’s safe to say that Liverpool has benefitted from this.

Nevertheless, the boys that have kept the Anfield faithful jubilant and in boisterous spirits in recent years are good value for all the praise coming their way and are where they are on merit.

And though Klopp’s lads are no doubt high-flying at the moment, if the big boys in the EPL can step up and perform as we well know they can, they could just compete with the high-flying reds, bring them back to earth and stop them from winning their first proper English Premier league title.

Everyone loves perfection and great football but even Pep Guardiola’s 2017/2018 squad couldn’t keep up their perfect streak, and it would make sense to think that if the other teams in the EPL this season can improve, they can make sure Liverpool don’t win the title literally sweeping them off their feet as easily as it looks right now. 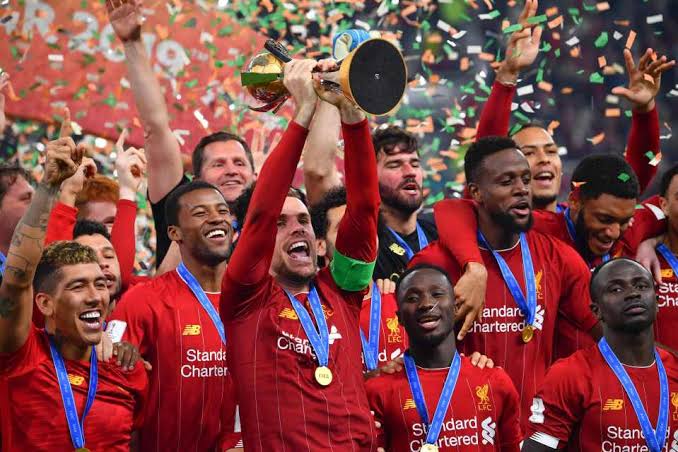