Premier League legend Chris Sutton believes that Morocco will come out victorious in their quarter-final clash with Portugal.

The African giants will lock horns with Portugal on Saturday, December 10, at the Al Thumama Stadium in Qatar.

Morocco’s journey in this world cup has been labeled as the tournament’s underdog story as the African team knocked out world cup favorites Spain on penalties to advance to the quarter-finals.

The Atlas Lions sent out a message by topping their group which consisted of the 2018 FIFA World Cup runners-up Croatia and 3rd place Belgium. Morocco’s stunning win against Belgium and Cannada helped them in sealing a spot in the knockout stage.

Sutton believes that Morocco will hand Portugal a shocking defeat which will help the Atlas Lions book a semi-finals spot. By doing so they would become the first African team to advance to the semi-finals of the world’s biggest sporting competition.

“Morocco is going to find this game a lot harder than stopping Belgium or Spain, but they are super-organized defensively – they have only conceded one goal at this World Cup – and extremely aggressive on the break.

It worries me that they might be without West Ham United’s Nayef Aguerd, who came off injured against Spain and is one of their key defenders.

But I really want Morocco to go though – their fans are amazing and it would be a sensational story for them to reach the semi-finals.

My head is telling me Portugal because they are bubbling with confidence now, but I am a bit of an old romantic – and I am going to follow my heart here”.

Sutton predicts a win for Morocco as they would cruise past Portugal by a goal.

The Former Chelsea player was impressed with Portugal’s recent win over Switzerland however the focus was on Cristiano Ronaldo who was omitted from the starting line-up when Portugal took on Switzerland. The Portugal captain was replaced by Benfica striker Goncalo Ramos who stole the show by netting a hat trick on his debut which resulted in him breaking several records.

Sutton reflected on Portugal’s victory over Switzerland and the absence of Cristiano Ronaldo from the starting eleven.

“Bringing in Goncalo Ramos for Cristiano Ronaldo was a great pick by Portugal manager Fernando Santos for their win over Switzerland in the last 16.

I like that sort of strong management after Ronaldo’s behavior when he was taken off during their defeat by South Korea at the end of the group stage.

Like Manchester United, Portugal appears to be better off without Ronaldo.

They were so impressive against the Swiss, which was a big surprise to me – but then I didn’t know Ronaldo wouldn’t start”.

The highly anticipated match between Portugal and Morocco would be a spectacular one as both teams will look to outclass each other in order to progress to the next round of the tournament. 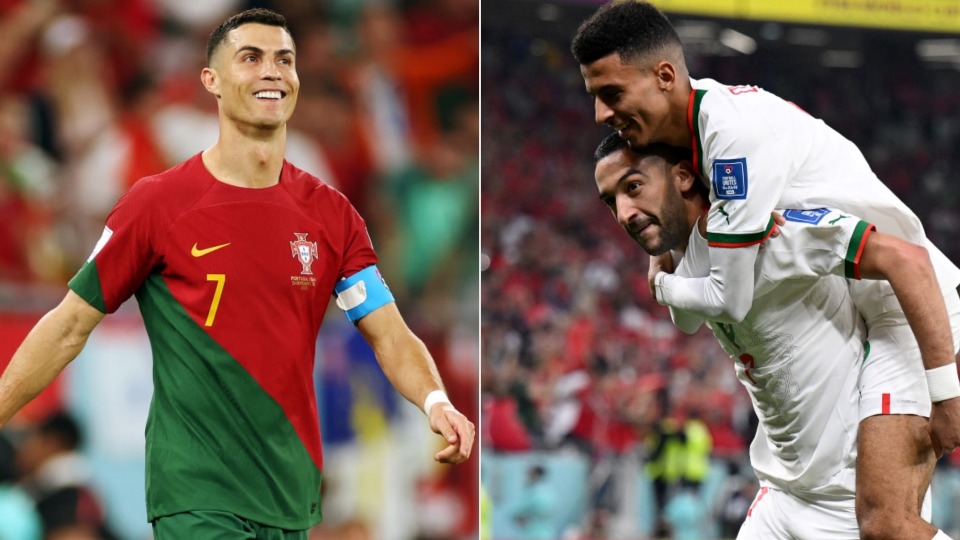