VAR technology and its impact on the game has rarely been out of the football news headlines ever since being introduced to the Premier League on the 1st of June 2020. Designed to improve decision-making and reduce controversy, the system has certainly resulted in a number of correct calls which otherwise would not have been made.

Controversy however has never been too far away, but by any standards last weekend marked a new low in the implementation of the technology – a weekend which sparked heated debate amongst pundits, fans and users of the best new betting sites alike.

Rarely a match seem to go by without an incident inciting furious reaction amongst fans. From Virgil van Dijk’s studs-up, shin-high foul on Amadou Onana which resulted in no more than a yellow, to the superb strikes of Aston Villa’s Phillipe Coutinho and Brighton’s Alexis Macallister – both of which were ruled out – and on to Gabriel Martinelli’s disallowed goal against Manchester United in the big Manchester United vs Arsenal clash at Old Trafford. Controversial as those calls were, it was at least possible to see where the officials were coming from in making the decisions they did.

Quite what was going on at Stamford Bridge and St. James Park however is anyone’s guess.

Turning first to the Chelsea vs West Ham United game, West Ham found themselves in search of an equaliser as the clock ran down, with strikes from Kai Havertz and Ben Chilwell having cancelled out Michail Antonio’s opener. And when Maxwel Cornet rifled home in the 90th minute, the Hammers looked to have salvaged a deserved point. Until VAR intervened that is. The off-field officials recommended that Andrew Madley consult the pitch-side monitor to review the contact made between Jarrod Bowen and Chelsea keeper, Edouard Mendy in the build-up. At first glance, and even in the ultra-slow-motion replay, it seemed that Bowen had done little more than hurdle the outrushing Mendy, with the keeper already having made a hash of gathering the through ball. Madley however incredibly heeded the advice of the Stockley Park officials and ruled the goal out.

ALSO READ:  5 Premier League Players That Have Impressed This Season

On any normal weekend, that would have represented a clear low point for VAR, but if anything, the decision made at St. James Park was even more unfathomable.

To the incident. Kieran Trippier whips in a free kick from out on the right into the left of the area, which is nodded back across the goal. Newcastle’s Joe Willock is then clearly pushed from behind by Tyrick Mitchell of Palace, sending the Newcastle man clattering into keeper Vicente Guaita. The ball rebounds off Mitchell into the back of the net, with the on-field decision handing Newcastle the lead via a Mitchell own goal. Enter VAR. Lead Var official Lee Mason suggested that referee Michael Salisbury take another look. Surely if the goal was not given, the correct decision would then be to award Newcastle a penalty kick for the push on Willock. Not on this day, with Salisbury not only ruling out the goal but amazingly awarding a free kick to Palace.

The reaction of fans and coaches of both West Ham and Newcastle was understandably one of incredulity – David Moyes being particularly vociferous in his complaints. In hindsight the Premier League has come round to the general consensus, releasing a statement announcing that both goals should, in fact, have stood. Scant consolation for Hammers and Magpies fans in a league where points are hard to come by at the best of times. 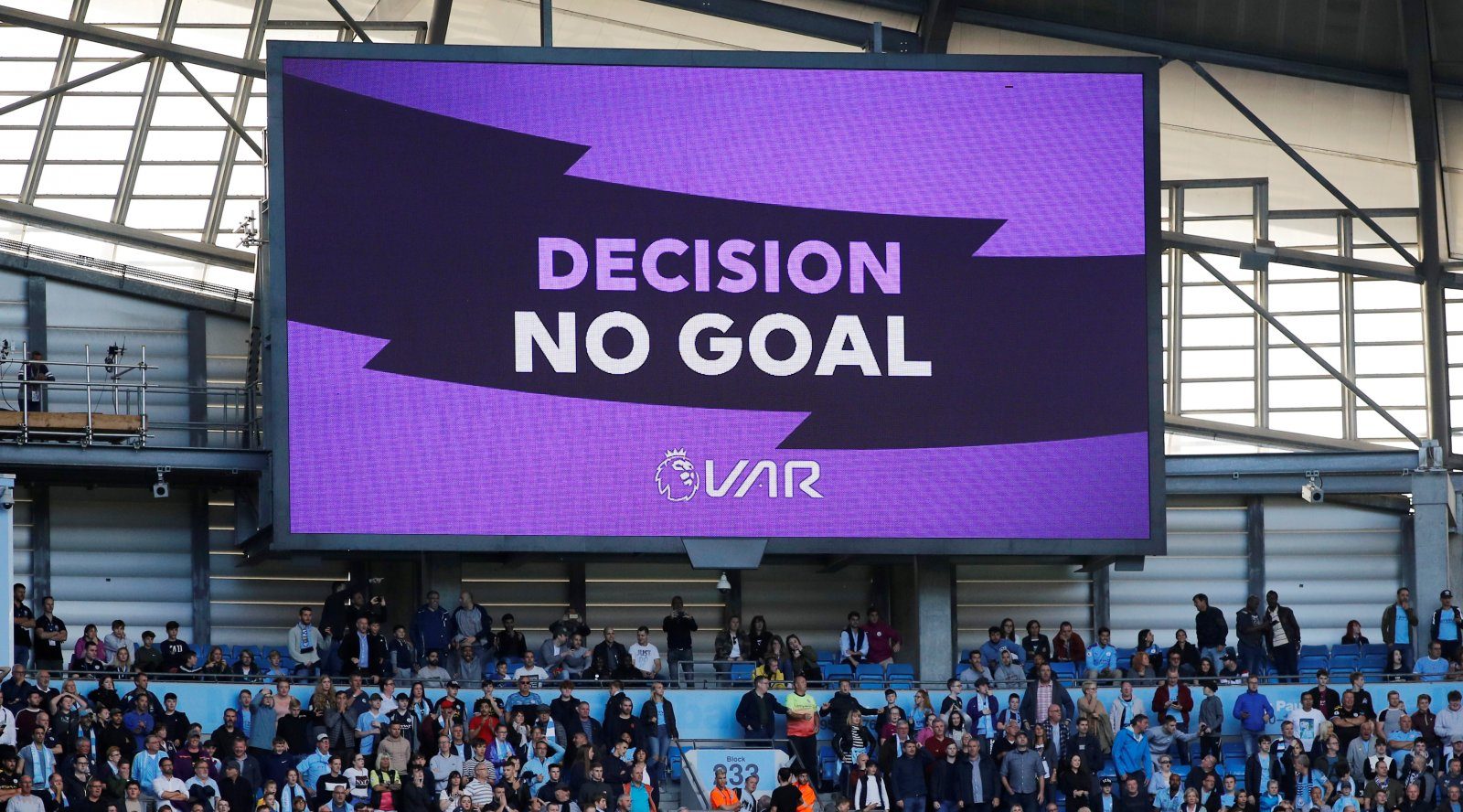