Those who were born between 1901 and 1927 are often referred to as “The Greatest Generation.” Not only did they live through the Great Depression, they were also front and center during World War II, the greatest conflict our planet has ever known. While the men and women of this generation certainly deserve the love and appreciation bestowed upon them for preserving humanity through the most difficult of circumstances, I would argue that those of us living in the here and now will be similarly appreciated by future generations.

Men like Saddam Hussein and Osama Bin Laden were brought to justice less than twenty years ago. We can see the light at the end of the tunnel that an unexpected pandemic thrust us all into, and everyday we strive towards recognizing the humanity of all men and women. I don’t know what history will write about us, but whoever gives the commentary cannot do so without including words like “perseverance,” “determination,” “relentless,” and “resolve.” The first few months of 2022 have seen more humanitarian crisis afflict our planet. I am confident we will overcome these new hurdles the way we’ve done so many others before…

In the midst of all that is going on in our world, there is an athlete who is in danger of being forgotten. She is in a perilous situation; it appears intervention is necessary to make sure she returns to safety. We cannot be a great generation if we turn a blind eye to a great injustice. It is time that more attention is brought to her situation; so today I want to inform any of those who do not know about the current situation that surrounds WNBA star, Brittney Griner.

Who is Brittney Griner?

Simply put, Brittney Griner is the most dominant player in women’s basketball. She’s won Defensive Player of the Year honors, led the league in scoring, and led her team to a WNBA championship. Honestly, she has too many accolades to list here. Those are just a few of her biggest accomplishments, but an entire article could be dedicated to her awards on the hardwood. In addition to playing professional basketball in the United States, she also plays professionally in the EuroLeague in the WNBA’s offseason.

I’ll be honest; like many basketball fans, I am only aware of her name, the team she plays for and the position she plays. I can’t tell you much else about Brittney Griner because I am not a regular viewer of WNBA games. It may seem counterproductive to make an admission like that in the midst of an article about her, but the circumstances around her are multifaceted and a disingenuous proclamation of fandom would only hurt the cause. The fact is, women’s basketball has always struggled to get the exposure of their male counterparts. That is as much a part of this story as any other factor. Do I have a solution to that problem? No. Maybe fans like me are a part of the problem; but that’s an entirely different discussion best reserved for another day…

A couple of weeks ago, I learned that Brittney Griner was being held in Russia for a drug charge. The headlines said that she could face up to a ten year prison sentence if found guilty. Immediately, I assumed the worst. If they were floating the possibility of a long prison term, surely they must have a boatload of evidence connecting her to drug trafficking… Right?… Wrong…

Griner was detained at a Russian airport in mid-February for allegedly having a vape cartridge containing CBD oil. The key word in that sentence is allegedly; all of the facts have not come out yet. The fact is, whether the allegations are true or not, Griner has not been given due process. More than a month after her arrest, there is still no word on whether or not she has legal representation, whether or not she has had a court hearing and her whereabouts are still unverified. This is not justice. In addition to not being given the innocent-until-proven guilty treatment that we would all hope for, the potential penalty does not fit the alleged crime. A ten year sentence for a minor drug offense is an afront to justice everywhere. I can no longer sit idly by without at least voicing my displeasure.

I am well aware that concepts like “due process,” “legal representation,” and “innocent until proven guilty” are a part of my vocabulary because I am American. I am not naïve enough to think that projecting my Western values onto the Russian courts is a logical thing to do. But I am a writer doing the only thing I know how to do; point to the injustice and hope that it causes enough of a stir for someone with tangible power to step in and make a difference.

I understand that the world has been a very different place since February 24th. It would be self centered of me to only think of the plight of a basketball player while ignoring the humanitarian crisis making an impact on the world’s stage. However, my desire is to see Brittney Griner board an airplane and return to the United States; maybe someone in Moscow could see it as beneficial to their relationship with someone in Washington D.C. I am not making a political statement. I know another foreign born person may not be afforded the same luxury in the same situation; but Brittney Griner should be able to use the gravity of being a superstar athlete to her advantage the way countless male professional athletes have done before. It’s only right.

I would like to thank the editor of World In Sport, Sam Smith, for encouraging me to voice my opinion. The views expressed in this article are mine and do not reflect a stance taken by this publication. However, when Sam and I were on the phone talking about Manchester United earlier today, I ended up going off on an unrelated rant about how unfairly Griner was being treated. His response was simple. “You sound passionate about it,” he said. “You’re a writer by trade; why don’t you tell the world how you feel?”

Thank you for pushing me to voice my opinion on the matter. Maybe those of us in the journalism profession can help move the needle in the right direction this time. There’s a lot to consider in this world right now. A lot of things can keep us all up at night. Brittney Griner’s situation is just one of them. She deserves the time and consideration it takes to make sure she receives freedom, justice and equality. 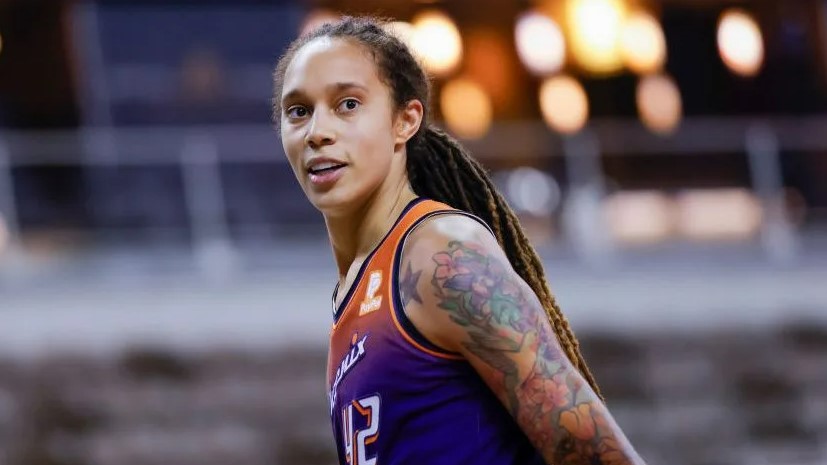