Roman Abramovich put the club up for sale on March 2, ending his 19-year ownership of Chelsea, but this is put on hold due to the sanction against the Chelsea owner. Now, any deal requires the British government and the Premier League’s approval.

According to The Guardian, Raine, the US bank assigned with handling the sale, set Friday as the deadline for contenders to submit their bids. They want the process to run smoothly given that delays could increase the chance of Chelsea falling into major financial trouble. Despite the restrictions placed on the takeover, A number of interested parties have announced their intention to take over from the Russian owner.

The UK governed has recognized the consortium headed by Todd Boehly, Hansorj Wyss, and Jonathan Goldstein as one of the most serious contenders for Chelsea.

The potential leader of that consortium, Todd Boehly, has tried to buy Chelsea in 2019. However, his £2.24 billion offer was turned down by Abramovich at the time. Now, he is looking to add the Premier League club to his sporting portfolio, which includes the part-ownership of the Los Angeles Dodgers baseball club and Los Angeles Sparks basketball franchise as well as a share in LA Lakers.

“Football’s the biggest sport in the world, the passion the fans have for the sport and the teams is unparalleled,” Boehly told Bloomberg in 2019 of his interest in buying Chelsea.

“It’s the highest quality play, it’s the best players, and you also have a media market that’s just really developing.”

Reportedly, the Boehly-Wyss consortium has submitted a bid of around £2.5 billion.

The consortium led by Nick Candy was another suitor recognized by the UK government.

Reportedly, the British property developer Nick Candy is assembling a bid worth £2.5bn to buy Chelsea.

Currently, the British tycoon has also signed one of the most famous Chelsea legends, Vialli, to advise on the bid before the auction.

“I find Mr. Candy to be an ambitious but realistic and very successful entrepreneur, and I have been impressed by his enthusiasm and desire to start a new era for the club that we are both so incredibly fond of.

“I am pleased that an English businessman is leading a consortium that will bring diverse expertise and experience to the table, with the goal to make Chelsea a better club for the sake of the fans,” said Vialli.

According to BBC’s report, the Saudi consortium has submitted an offer worth £2.7bn to buy Chelsea.

But there are doubts over the takeover. The League would have to ensure that there was no connection with the Saudi ruling family or with the Saudi owners of Newcastle.

Also, Chelsea is currently sponsored by telecommunication Three, who might end their association with the club permanently if the Saudi Media Group becomes the owner.

These problems could be seen as major obstacles to the Saudi Media Group consortium’s proposal.

Coe said: “I am certain that Sir Martin is the right man to lead the club into its next chapter,”

“He has the vision, acumen and financial backing to ensure our club’s future success, keeping the club at the top of European football and challenging for trophies.

“But most importantly, like me, he is a lifelong Chelsea supporter and Shed End season-ticket holder. I know that this bid is for the millions of fans around the world. We love our club and will always put the fans first.”

5. The Ricketts family and Ken Griffin

Based on The Guardian’s report, the Chicago Cubs’ owners, the Ricketts family, and the billionaire hedge fund tycoon Ken Griffin are set to launch a bid for Chelsea.

A spokesperson for the family said: “The Ricketts Family, owners of the Chicago Cubs, can confirm they will be leading an investment group that will make a formal bid for Chelsea Football Club this Friday,”

“As long-time operators of an iconic professional sports team, the Ricketts Family and their partners understand the importance of investing for success on the pitch, while respecting the traditions of the club, the fans and the community. We look forward to sharing further details of our plans in due course.”

On Tuesday, the Sun reported that the New York Jets owner, Woody Johnson, has submitted a bid of 2 billion pounds for the team.

Despite his bid being lower, The 74-year-old is said to be confident that his links to the city of London can give him an edge in the bidding process as he was the US ambassador to the UK from 2017 to 2021.

As the co-owner of the New York Jets for the past 22 years, Johnson also believes that it can raise Chelsea’s profile in the American market if a takeover is successful. “What Chelsea need right now is longevity and stability when it comes to a new owner. Woody and his team think they can provide that,” a source told the newspaper.

Turkish businessman Mushin Bayrak has claimed to be close to sealing the takeover.

Ever since Chelsea was put up for sale, most of the discussions were around the consortium led by Todd Boehly and Nick Candy. Bayrak’s name had not been part of the conversation. However, Mushin has claimed that “We are negotiating the terms of the purchase of Chelsea with Roman Abramovich’s lawyers,”

“We are in the negotiation phase for the signatures. We will fly the Turkish flag in London soon.”

He continued: “Roman Abramovich has confirmed that he will sell Chelsea, which he bought in 2003, on the club’s official website. Our Holding Lawyers and Roman Abramovich’s lawyers have been in touch since the first day Chelsea entered the sales process.

With the deadline on Friday, Chelsea is expected to be under new ownership within a fortnight. Premier League chief executive Richard Masters discussed the potential speed of a deal earlier this month, saying: ‘The quickest one we’ve done is ten days, but that’s not to say it can’t be beaten. Normally it’s a matter of weeks, but it depends on the complexities and the number of potential owners.’ 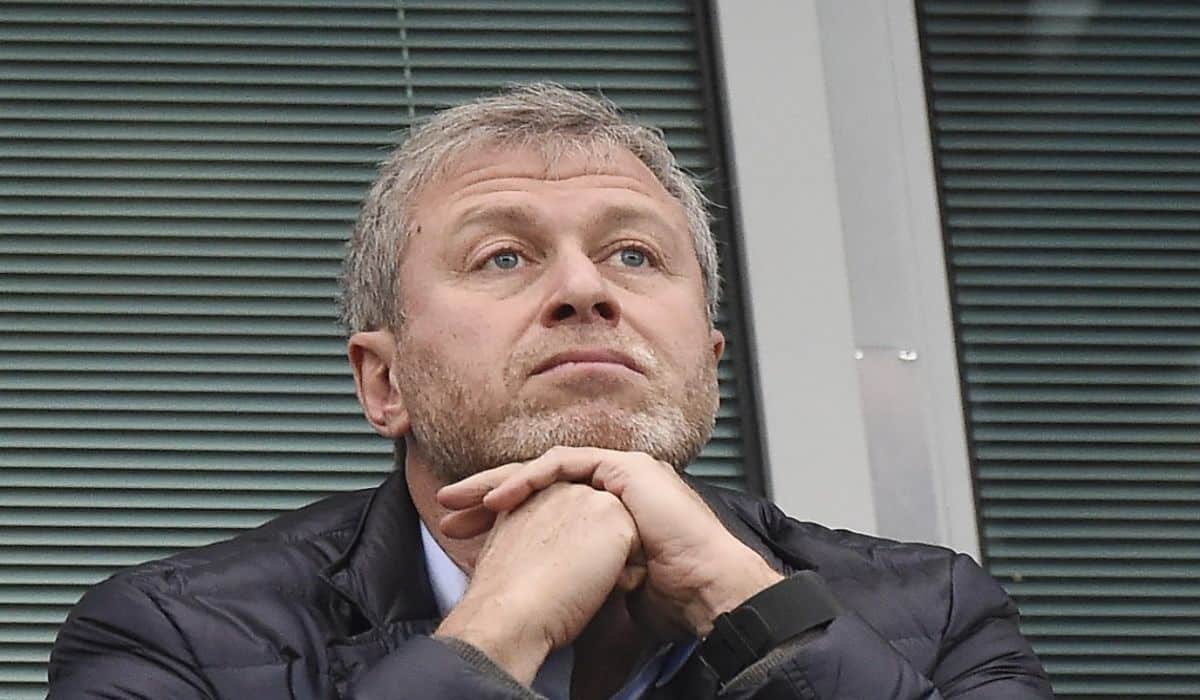