The 24-year-old, with over 20 million YouTube subscribers, beat the former UFC welterweight champion for the second time in just four months, after a points victory back in August.

Paul had been set to face Tommy Fury in an eagerly anticipated clash, but Fury pulled out citing illness and injuries to his ribs.

‘The Problem Child’ claimed a unanimous points victory in the first bout between the pair, however, he was much more decisive in the rematch, landing an overhand right which left Woodley on the canvas, extending his record to 5-0. Paul ran to his corner, immediately congratulated by his brother and fellow YouTube sensation Logan Paul.

“It’s really up to me and my team and how hard I want to work. I’m hungry and motivated.

“I would love to just continue to put on historic events, sell massive pay-per-views and fight higher level opposition as I go.

“Maybe when the time is right I’ll go for the world championship belt, whatever belt that is – IBF, WBA, WBO, I don’t know. It would be funny to become a world champion and be like: “Yeah, I’m a YouTuber”.”

On several occasions, he has claimed that his level of opposition in early fights has exceeded the majority of professional fighters in their careers.

His boxing career began in August 2018, where he defeated Deji Olatunji, brother of KSI, in an amateur contest by TKO. Turning professional, YouTuber AnEsonGib (pictured below) was disposed of in a TKO in round one in January 2020.

“No one in the history of boxing has done what I’ve done at this age,” he added.

“I’ve turned everyone I’ve fought into memes, going viral all over the internet. I’m ready to fight whoever – it doesn’t matter if they’re a professional boxer or a five-time UFC champion. I’m built for this.” 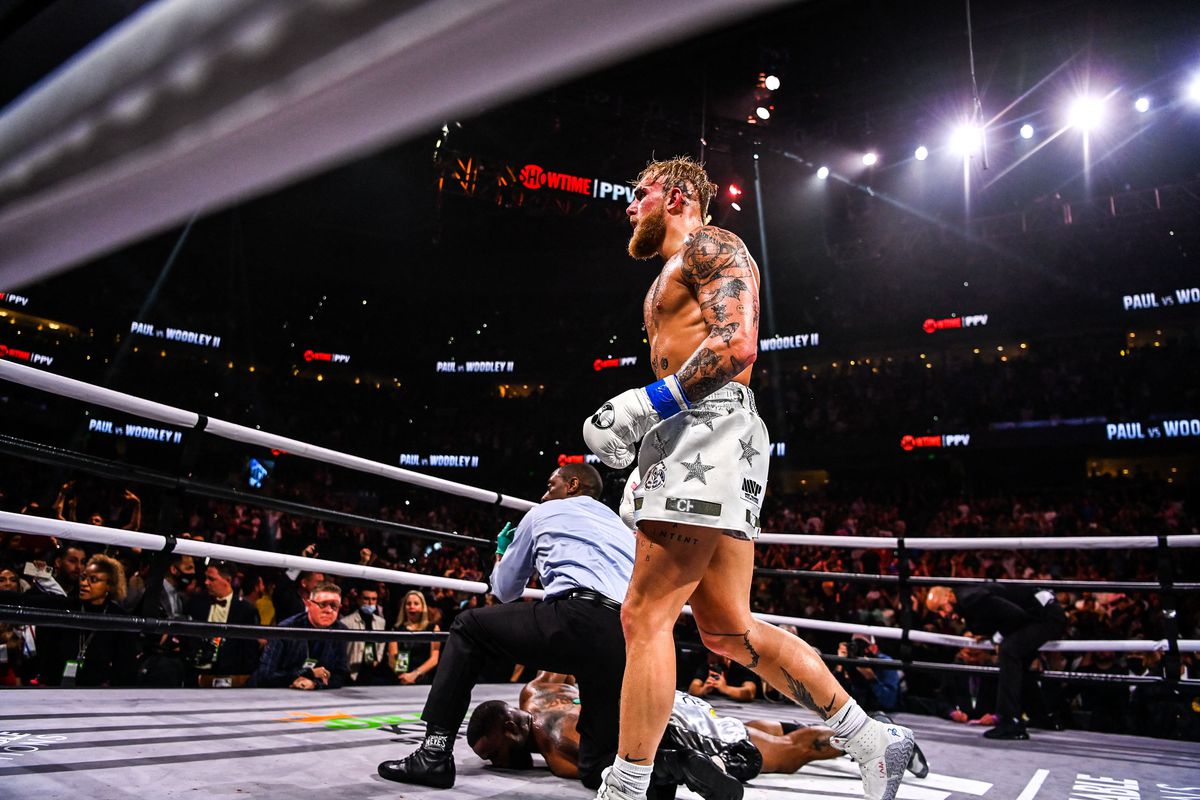