Joey Logano’s late gamble paid off big as the number 22 driver lead the final 17 laps to win the Toyota Owners 400 at Richmond, despite starting the race from the 37th position. Logano started in the back of the pack after a post-qualifying transmission changeover.  When the checkered flag was waved on Lap 400 he crossed the finish line first ahead of Brad Keselowski in his Number 2 Team Penske race car by only three lengths.  Keselowski had the faster racing car, without a doubt,unfortunately, he ran out of time and if he had 3-4 more laps he had a great opportunity to pass Logano.

Keselowski led for 110 laps but had a difficult time getting through traffic after the final restart. On Lap 377 after NASCAR called the final yellow flag, Logano was the first driver off the pit road after his team had a great pit stop and he lined up behind the six cars that stayed out, which included Larson, Stenhouse Jr., Buescher, Truex Jr., Ragan and Whitt.  Busch drew a penalty for a line violation and moved to the back of the field, which just about eliminated him from contention.

This victory at Richmond all but locks Logano into the Chase playoffs, the No. 22 Ford team now looks to Talladega Superspeedway this weekend. He won the season’s most recent trip to Talladega last fall in the playoffs but last spring crashed out late in the race and finished 25th.

Pole-sitter Matt Kenseth led the first 164 laps and sniped a Stage 1 win, although Keselowski was able to get around the No. 20 car and lead the next 41 laps for his first stage win of the season as the second 100 laps went caution-free. Hamlin, Ricky Stenhouse Jr., Kevin Harvick and Jamie McMurray rounded out the top 5 finishers.

“We struggled with our pit crew early in the season, but they’re definitely hitting their stride and did a really good job today,” Hamlin said with a tip of the cap to his crew and a nod to problems maximizing the car’s effort. “They’ve been pretty much spot on with the races we’ve been in contention with. We know where we need to get better. The tough part is sucking, and not knowing why. I’m not really worried, but it’s frustrating.”

Next weekend we head to the legendary Talladega Super Speedway. 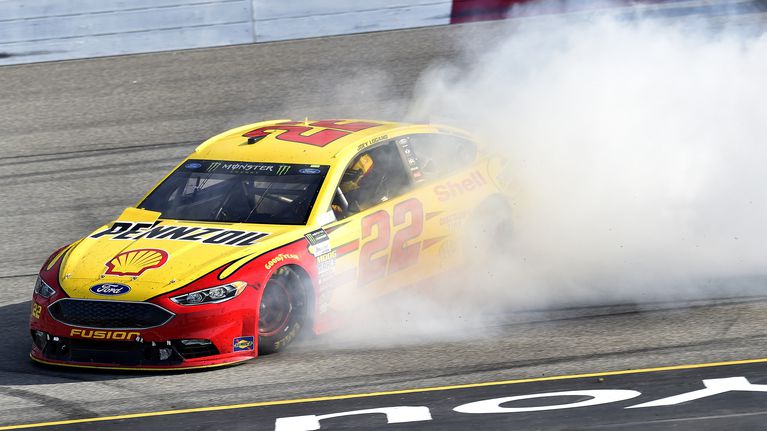