If you were told prior to a Red Sox/Orioles game that a player on the Orioles would create a big controversy that evening, you would make a huge wager on Manny Machado being one of the players involved  Anybody with half a brain and a basic knowledge of the Orioles roster would certainly say YES.

Machado had previously intentionally struck A’s catcher Stephen Vogt with his bat during his backswing multiple times, and even attempted launching his bat at the relief pitcher.  Not to mention numerous scuffles on the field.

A wager on MACHADO would have paid off last Friday, when for reasons only Machado knows, took a late hard slide into Red Sox second baseman Dustin Pedroia with his spikes raised high.   Known to be highly injury prone, Red Sox Nation gasped as their aging  Captain clutched his leg for several moments on the ground.   It was the same knee he had arthroscopic surgery to repair last fall.

Moving to April 23. Matt Barnes on the mound throws at Manny Machado’s head. Ejected and later suspended. Moving to May 1st. Dylan Bundy on the mound for the O’s. Mookie Betts at the plate in the bottom of the 6th. Continuing to later that game, Orioles Star Outfielder, Adam Jones is subjected to racism and receives peanuts thrown at him. Prior to Tuesday’s game, Adam Jones is given a standing ovation. Then Chris Sale throws behind Manny Machado to continue the feud. Machado would later homer deep over the monster and onto Lansdowne street.

Well… That’s baseball. Last night, Bogaerts is hit in the second inning my a slider from Orioles starter Kevin Gausman and Gausman is immediately ejected.

Now that you are all caught up, I will get into my opinion on the entire situation. First off, the Machado slide was dirty, there is no doubt about that. But the doubt I have in my mind is was it intentional. With Machados history from hitting catchers with backswings to throwing the bat and numerous on field issues. I think it was intentional, but there is room for argument. Moving onto the Barnes throwing at Machados head, that is uncalled for, I’m not saying that the plunking of Machado was uncalled for, I am saying that the throwing at his head is completely uncalled for.

A player can receive multiple medical issues from being hit in the head. I’ve played baseball for 10 years and in the older leagues, If someone throws at me or spikes me, I throw at their butt, or foot. NOT THEIR HEAD!!!! With the Mookie Betts issue, Betts was not involved in the Machado incident, but that is baseball.

With the racism towards Adam Jones is uncalled for, Jones is just a man trying to play the game and earn a living My only question is Why Betts? He tweeted out after the Jones incident “Fact: I’m Black too Literally stand up for @SimplyAJ10 tonight and say no to racism.

We as @Redsox and @MLB fans are better than this”.  With Chris Sale throwing behind Manny Machado. That is called for but at the same time it’s also not the right call. With the MLB not playing around with handing out suspensions, Chris Sale should have thrown at anybody else. Machado is right in the middle of the entire situation. Then last night, bottom of the second, Xander Bogaerts at bat and Orioles starter Kevin Gausman on the mound.

Only once have I ever thrown a kid out and that was after he hit his 3rd batter and swore at me. All I have to say is…Baltimore and Boston play 11 more times this year.  5 in Boston.  6 in Baltimore. This is definitely not the end of the Machado-Red Sox Rivalry. It won’t end for a while. 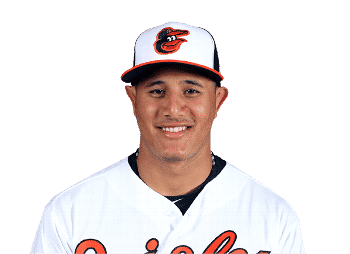