The £68 million transfer of Kai Havertz from Bayern Leverkusen to Chelsea FC was fraught with uncertainties. After an unimpressive first half of the season, which was marred by mismanagement, injuries, and illness from COVID-19, the doubts grew even more substantial.

However, coming off the back of deciding the Champions League Final with a goal that showcases his talent, Havertz has been labelled as not only a future superstar but a current generational talent that has ascended to the pinnacle of European football in a short space of time.

The versatile forward joined Leverkusen in the summer of 2010 and has immediately demonstrated the technical skill and composure that has made it renowned in the footballing world. Listed at a towering height of 6’2 combined with technical brilliance, Havertz’s has been contrasted to ever-great Mesut Özil.

“If you look at the unique combination has of technical ability and eye for a pass- I think the best way to sum it up is that he’s a cross between Mesut Özil and Micheal Ballak“- Raphael Honigestein on Transfer Talk podcast( via Sky Sports).

Havertz has registered an astonishing amount of 98 goal involvements in 208 appearances for club and country at the time of writing, just a few days after his 22nd birthday.

The combination of the eye-watering price tag and Havertz’s youth often leads to people forgetting how young the German is.

Havertz’s offensive cleverness, as he not only creates space for his teammate’s attackers by playing a ‘false nine, but he can also play as a typical striker.

Due to his dazzling first touch and his ability to arrive late in the box from crosses. These breathtaking traits and the stats convey the flair and footballing gift that is Kai Havertz.

Unlike Chelsea, Havertz role in Germany is more of a ”free 10” where he plays at the right of the front three to create more incisive runs from deep and create space for Thomas Muller, who is a well-known raumdeuter( space invader).

At the age of four, Havertz joined his first club, Alemannia Mariadof. Richard, his grandfather, was the club’s long-serving chairman, and some think he passed on his gift for the game. Since then, Havertz has, in a short period, has risen to the summit of European football.

He is starting for both Chelsea and Germany at the sheer age of 22. After spending the majority of his time with Mariadorf in age groups two years above his own, he joined Alemannia Aachen, the region’s largest club, in 2009, at the age of ten.

They were a Bundesliga 2 team at the time, but the youngster only stayed at Aachen for a year. He was demoted not because he wasn’t good enough, but because he had demonstrated that he was too good. For several years, scouts had been watching Havertz play.

In 2018/19, the Germany international scored 17 league goals at the age of 19, starring in his team’s late push for a top-four finish.

Highly regarded since he could barely walk, Havertz has now been relied on, with now also being vital to the German national team. Germany has been viewed as a European footballing superpower for decades.

However, they recently found difficulty in the previous international tournament, The World Cup, where they couldn’t make it out of the group stages; this showcases the weight on Havertz’s shoulders. He will be expected to lead the line and help deliver international glory for Deutschland as he did for his club team. 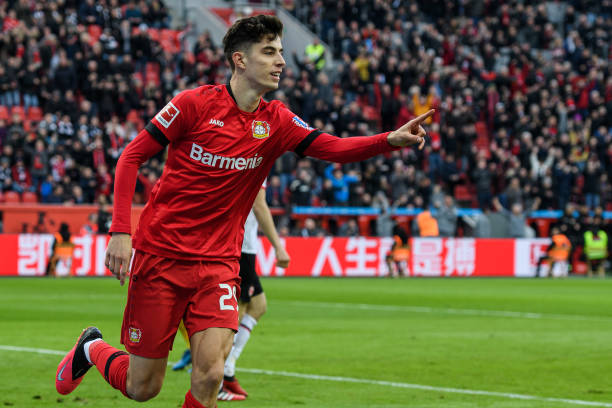