Following England’s 1-0 victory over Croatia in their Euros opener on Sunday, attention now turns towards their final group games against Scotland and the Czech Republic. Undoubtedly, Gareth Southgate would have kept a keen eye on both of England’s upcoming opponents as the Czechs dispatched the Scots 2-0 on Monday.

As the Three Lions continue to prepare at St George’s Park, Southgate will now be contemplating three major decisions before England march out at Wembley on Friday 18 June.

Decision 1: does Grealish come into the side?

After impressing in England’s pre-tournament friendlies against Austria and Romania, both fans and pundits had called for Aston Villa’s Jack Grealish to start against Croatia. Instead, Raheem Sterling, Mason Mount and Phil Foden were selected as the supporting cast around Kane.

Mount and Foden have had breakout seasons at both Chelsea and Manchester City respectively, with both cementing first team positions and being instrumental in both sides’ journey to the Champions League final. On the other hand, Sterling has fallen slightly out of favour at the Etihad. Yet it was Sterling – the most capped player in England’s team – who impressed on Sunday, scoring the winner after 57 minutes.

Southgate could be tempted to swap Grealish in for the next two games given the nature of England’s upcoming opponents. The Czechs and Scots sit 40th and 44th in FIFA’s World Rankings, whereas Croatia is 14th. Scotland typically deploys a five-at-the-back system and, even though they are in desperate need of points, will likely sit back during the opening stages of their game against England. The Czech Republic tend to play more on the front foot but now should only need a point and a respectable goal difference to reach the knockout stages.

Against two sides that are likely to sit deep, Grealish’s ability to create chances in congested areas and his on-the-ball skill may be more effective than Sterling and Foden’s running in behind. The Aston Villa man also became the most fouled player in any Premier League season this year. Set pieces could offer an essential way past the two low blocks England are likely to face.

Both Harry Maguire and Jordan Henderson, whilst in full training with their teammates, are working their ways back to full fitness. Maguire did not feature in any of England’s last three matchday squads on account of an ankle injury. Henderson played the second half of the Romania friendly and made the bench for Croatia, but his long-term groin injury meant that Southgate did not bring him on.

Maguire and Henderson are key men for Southgate with 32 and 59 caps respectively. His inclusion of the pair in the squad despite their injuries shows his willingness to use them in the tournament’s latter stages, but the question remains – do they immediately displace those who excelled against Croatia?

Aston Villa defender Tyrone Mings, a towering but inexperienced presence on the international stage, started against Croatia in place of Maguire. Shaky performances in the warm-up matches were a cause for concern before kick-off but he impressed, with his physicality proving too much for Ante Rebic. He and John Stones looked as if they had been playing together for years.

On whether Maguire should come back in, Gary Neville told Sky Sports: “Mings did really well… I think if Maguire can get back to a level [of fitness] between matches he will come back in. If he does it has to be against Scotland or the Czech Republic. You couldn’t make his first game a knockout game.”

It was Declan Rice and Kalvin Phillips who operated in the midfield roles that Henderson would typically occupy in the opener. Phillips was the surprise selection, with only eight caps to his name before kick-off, but he was arguably England’s best player. The Leeds United man assisted the winner with an inch perfect through ball.

After the match, Southgate said: “I thought his [Phillips’] performance was outstanding, his two passes in behind in the first half were top level and the contribution for the goal summed his day up.”

Given that his 45 minutes against Romania were Henderson’s first since February, and that he understandably performed poorly in those minutes, it would not be surprising to see Phillips keep his place.

Decision 3: does Trippier continue at left-back?

The most surprising of Southgate’s selections against Croatia was Kieran Trippier’s at left-back. Typically, the Athletico Madrid man operates on the right, although he has occupied the left flank on a handful of occasions. The decision was even more surprising considering the outstanding seasons that England’s natural left-backs – Luke Shaw and Ben Chilwell – have had.

One thing that Trippier has over Shaw and Chilwell is experience at international tournaments. His free kick goal in the 2018 World Cup semi-final was the pinnacle of England’s summer – whereas Shaw and Chilwell only have one tournament appearance between them. Moreover, he defended admirably on Sunday against a powerful Croatian frontline.

The thinking for starting a left-footer at left-back against Scotland and the Czech Republic is similar to the argument for starting Grealish. For all his good defensive work in the opener, Trippier did not get into attacking positions as frequently as his right-sided counterpart Kyle Walker. His right-footedness led him to naturally play passes into the centre of the pitch, rather than to gallivant down the touchline and cross with his weaker foot.

Shaw and Chilwell managed six and seven assists this season, and one of them could get the nod on Friday with instruction to press forward and test Scotland’s deep defensive line. 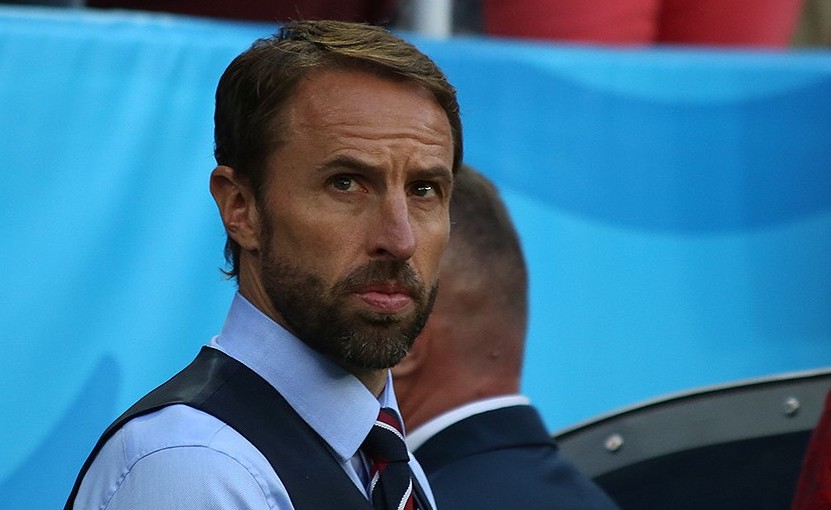