Add another name to the list of free agent’s looking for a team to play for in the 2015-2016 NHL hockey season. Kazakhstan native, Nikolai Antropov confirmed his plans to return to the National Hockey League. After playing in the Kontinental Hockey League for the past two seasons, the veteran centre is eager and excited to return to the NHL to show off his skills.

Antropov, drafted with the 10th overall pick in the 1998 NHL Entry Draft by the Toronto Maple Leafs, has played for the New York Rangers, Atlanta Thrashers, and the Winnipeg Jets in addition to Toronto. On an international level, Nik has represented and played for his native country of Kazakhstan 3 times.

After playing for Barys Astana of the K.H.L for the past 2 hockey seasons, Nik is ready to experience the unbelievable talent and competition that the NHL has to offer. As stated by Antropov himself, “I have a year or two in me for sure.” “We’re talking to a couple of teams, who I won’t name. My experience is huge.”

Although Nik is 35 years old, he has an enormous upside to his game. Antropov can serve as a veteran presence on a young roster, since Nik has played over 800 games in the National Hockey League. He has been very productive the last few hockey seasons. Since the Kontinental Hockey League plays a shorter schedule then the NHL, Nik is fresh and more well- rested then several other hockey players.

At this period of time, it is unknown whether or not an NHL team would immediately sign Nik to a one way deal. The 6 foot 6 hockey player may have to settle for a training camp invite.

Regardless of what happens, the addition of Antropov to the list of remaining free agents is an intriguing option for teams in need of a veteran third or fourth line centre on their hockey clubs. 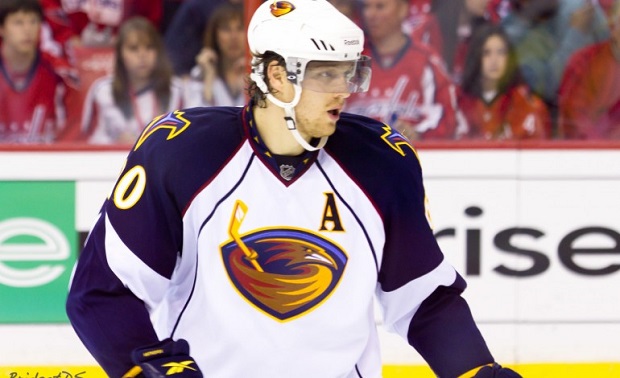