Busch passed Jones for the lead with 55 laps remaining as the track changed and the top lane became the choosen spot. Jones’ car didn’t handle as well in that area, and he had Busch and Kenseth all over his bumper.

It ended up being Busch who moved from third to first, but Jones kept a stiff upperlip,throwing a crossover move and attempting several more challenges at the leader,but ultimately Busch managed to hold off the hard fighting youngster in the end,and crossed the finish line 1.422 seconds ahead of Jones.Busch won for the sixth time at Bristol in Cup races, and second time this season.

“This one was a lot harder,” said Busch, who cupped his ears in response to the negative fan reaction. “That was all I had.

“I was running with my tongue hanging out. My arms were jello and my throat hurts, but man that’s awesome.”

Denny Hamlin, Matt Kenseth and Kurt Busch rounded out the top five finishers.Kyle Larson also had a good night leading much of stage 1,however he ended up losing the stage to eventual winner Kyle Busch,with the stage points becoming more and more critical heading into the playoffs,that was tough pill to swallow.

Brad Keselowski had problems early when his car got a flat tire less than 10 laps into the race after starting 17th. The issue put Keselowski into a huge hole, going 3 laps down before the race even got started.

Truex had pit problems of his own near the end of Stage 2. It started with a loose tire that caused him to come back down to get it fixed during a caution. He was then penalized for the violation, forcing him to come down yet again,with the Bristol track being so small to get around,the laps pile up quick,if you have any sort of problem on pit road and its so hard to get them back.

Monster Energy Series takes a break for a week and starts back up  at Darlington for the Bojangles Southern 500. 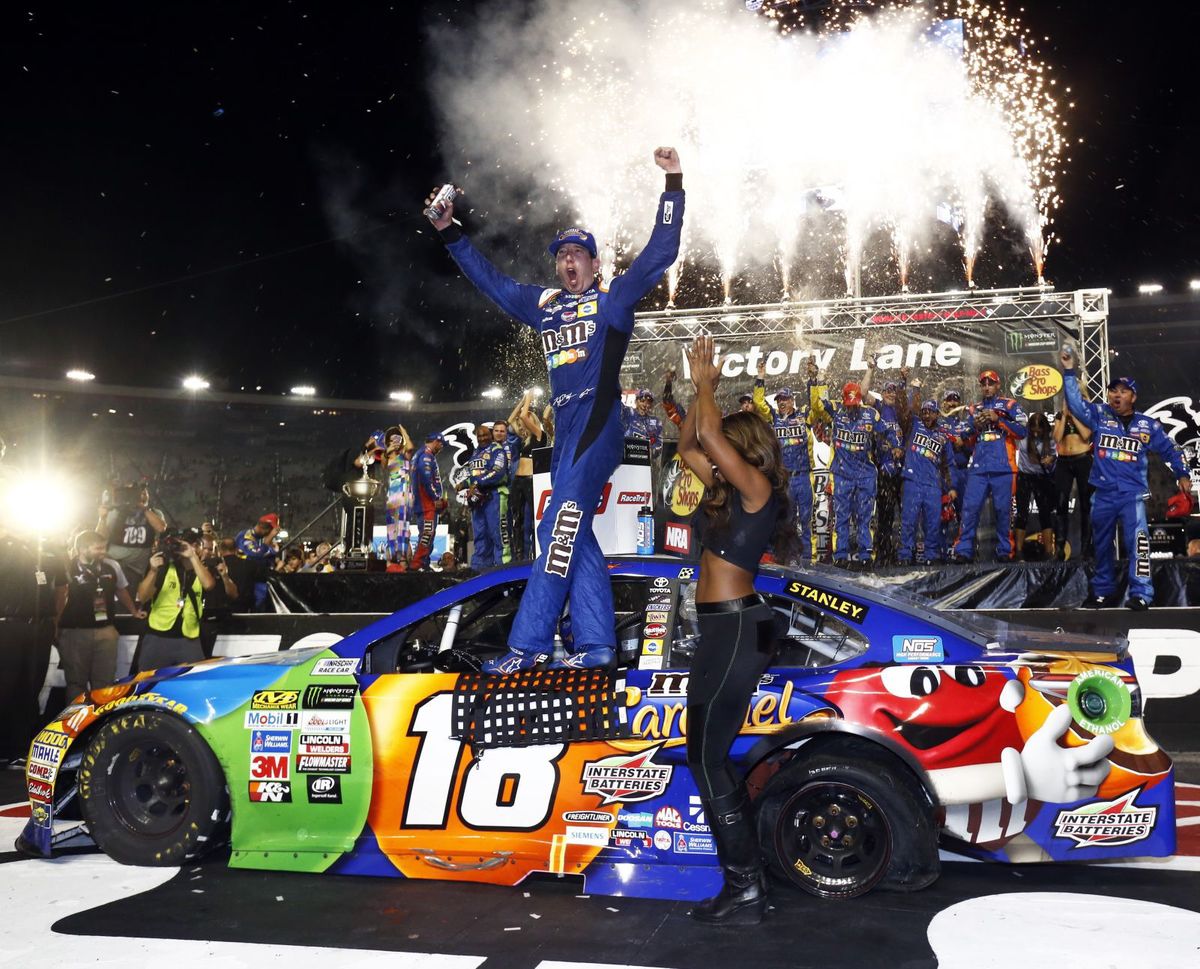