Huesca travelled to Eibar for a huge six-pointer game between La Liga’s two smallest sides in terms of budget, support and ground capacity. The 1-1 draw wasn’t the best result for either team as Eibar’s poor home form continues – they have only won one of the thirteen games they have played at their compact Ipurua Stadium where in normal times they have 8,164 supporters crammed into within touching distance of the players making for an amazing atmosphere.

Eibar was the better side in the first half with Pedro Leon coming close to scoring when his shot from the edge of the box rattled the crossbar. It was the visitors who took the lead when a neat back-heel from David Ferreiro on the right-hand side put former Manchester City player Pablo Maffeo in to cross for Sandro Ramirez in to smash the ball into the back of the net. Huesca’s lead lasted only a few minutes as Papa Diop headed home a corner to equalise for the home side. Alvaro Fernandez made a fantastic save late on to keep Huesca his side in the game.

Elche and Real Valladolid had tough away trips to Granada and Celta Vigo. Granada came into the game on the back of their 2-1 away defeat to Napoli in the Europa League which was cause for celebration as it put them through 3-2 on aggregate to face Norwegian side Molde FK in the last 16. It’s Nazaries, as Granada is nicknamed, the first-ever season in European competition and they have a real chance of getting into the last eight.

For Valladolid, it was looking as though they were heading for only their third away victory of the season as they were 0-1 up going into injury time via a goal from Fabian Orellana on 70 minutes. Celta’s Jeison Murillo broke Valladolid’s hearts with a 94th-minute header to make the final score 1-1. It would have felt like two points dropped than one point won although it was enough to lift them out of the drop zone.

Elche went down 2-1 to Granada with Domingos Quina on target for his second goal in as many games for Granada.

In one of the games of the weekend, third-placed Barcelona travelled to fourth-placed Sevilla. Barca had won 3-0 at home to Elche in midweek which earnt them a highly important three points and put them back with an outside chance in the race for the title. Barca came away with a 0-2 win with goals from Ousmane Dembele and Lionel Messi who scored after a neat interchange with 18-year-old Ilaix Kourouma who had come on as a substitute only a few minutes prior. Messi got a bit of luck with a deflection off of Sevilla keeper Yassine Bounou but it was still an impressive goal.

Alaves hosted Osasuna in a game they badly needed points to stay out of the bottom three they were hovering dangerously above prior to the weekend. Kike Barja scored the only goal of the game for the visitors in the second half. Alaves are now in real danger of slipping into the second tier they last played in the 2015/16 season.

Table topper’s Atletico Madrid got back to winning ways with a 0-2 victory at Villarreal – Stefan Savic scored a header in the first half and Joao Felix scored with a great finish on the edge of the box in the second half. For those not in the know Felix commanded a transfer fee of £114 million when he joined Atletico from Benfica in 2019 – This amount is only beaten by Neymar (Barca to PSG), Mbappe (Monaco to PSG) and Coutinho (Liverpool to Barca) in the list of most expensive transfers ever.

Monday night saw Real Sociedad travel to the Capital to play Real Madrid. The visitors were in fifth place and have a huge chance of a top-four finish and a return to the Champions League they were last in 2013/14. Sociedad took the lead via a Portu header on 55 minutes only for Vinicius Junior to rescue a point for the home side on 89 minutes. The two points dropped by Zinedine Zidane’s side has put a big dent in their title hopes.

Meanwhile further down the Spanish football pyramid Deportivo La Coruna who were La Liga Champions in 2000 and Champions League semi-finalists in 03/04 have sunk to the third tier now playing in the Segunda Division B – Group One where they currently occupy sixth place. They have won just two of their last ten league games with their next being at home to Pontevedra CF next Saturday. It looks like a long way back to the top for Los Blanquiazules!

In La Liga Smartbank (also known as the Segunda Division) it’s looking like Espanyol and Real Mallorca may return to La Liga for the 2021/22 season as they currently occupy the two automatic promotion places. They were relegated last season along with Leganes who are in fourth place.

Further down the table, it’s brilliant to see UD Logroñés in the second tier of Spanish football. They were formed in 2009 after the former La Liga club Club Deportivo Logroñés was dissolved following severe financial problems. It’s the first time since 1999/2000 the province of La Rioja has had a team in the Segunda Division. They lost 0-1 at home to Real Mallorca this weekend.

CD Tenerife and UD Las Palmas who are the biggest clubs from The Canary Islands in the Spanish football pyramid are currently in tenth and thirteenth place of the second tier.

It’s been over a decade since Tenerife played in La Liga with Las Palmas last season in the top flight being 2018/19. Las Palmas won the first Canary Island derby of this season back in October with a 1-0 home victory. The return game is scheduled for Saturday 27th March where all eyes in Tenerife and Las Palmas will be on the Estadio Heliodoro Rodriguez Lopez in what is always a fiercely contested derby game be there no fans or 20,000 fans present.

The weekend results see Atletico now with a five-point gap at the top of the table which makes next Sunday afternoon’s Madrid Derby at the Wanda Metropolitano a must-win game for Real if they want to have any chance of winning the La Liga title. It’s all set for a good game of football and hopefully will end up being a classic game. 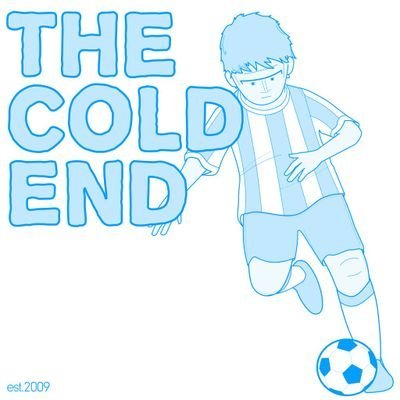