For the last couple of years, the Ligue 1 had been deemed dull and boring since Paris Saint-Germain hegemony was total on the domestic level. The Qatar-owned club, since 2011, has splashed out millions buying the likes of Zlatan Ibrahimović, Javier Pastore, Thiago Silva, Ezequiel Lavezzi, Marco Verratti, Edinson Cavani and more recently Neymar and Kylian Mbappé.

That colossal investment was meant to achieve something bigger than clinching the title every year and winning the two national cups, the Champions League was QSI (club owner) priority. Yet, Paris has failed to lift the trophy even though they came close to winning last year after losing 1-0 to Bayern Munich in the final.

The 2020/2021 season has revived fans’ enthusiasm since four teams remain in contention for the title and entertaining games have unfolded throughout the year, the latest being Lille away win at Lyon 3-2 last weekend. Christophe Galtier side overturned a 2-0 deficit to claim three crucial points in the final sprint.

Lille is leading the championship (73 points) ahead of PSG (72 points) and Monaco (71 points) but it would be a mistake to write off fourth-placed Lyon (67 points) even though they lost ground after losing to Lille.

In their last four games, Lille has shown they have the character and mentality to become champions after beating Paris 1-0 and Lyon 3-2, two main rivals. Lille’s journey in Ligue 1 can be compared to Leicester’s stunning 2016 epic where the Foxes, against all odds, marched their way to Premier League title after an outstanding season.

If we delve deeper into the similarities between both sides, Leicester’s success was partly due to Jamie Vardy’s prolific run, scoring 13 goals in 11 consecutive games and setting a new record. The England striker eventually ended the season with 24 goals.

Last year, when Lille sold Nicolas Pépé, who formed with Jonathan Bamba and Jonathan Ikoné an efficient offensive trident, to Arsenal for a club-record fee of €79 million, one could think that the club would reinvest that money into high-rated players. Yet, Lille opted for Burak Yilmaz, a 35-year-old Turkish striker who had never played abroad. Now, it turns out that Lille recruitment team made a clever gamble with Yilmaz scoring 12 goals and more importantly, he helped his side beat Lyon with two goals and one assist.

Second-placed PSG follows closely behind LOSC after a first half of the season marked by erratic performances and the sacking of Thomas Tuchel, who led Paris to the Champions League final last season, last December. Former Tottenham manager Mauricio Pochettino took over in January with the ambition to lift both Ligue 1 and Champions League trophies.

Paris is still struggling but as hunters, they have always kept pressurising Lille and are just waiting now for the right time to leapfrog their rival. Paris’ four final games will not be a pushover as titleholders will face Lens (fifth) at home before taking on Rennes (seventh) at Roazhon Park before playing their penultimate game against Reims and ending the season with a trip to Brest.

Perhaps, the team that has the best momentum at the moment is Monaco, Niko Kovač side has remained unbeaten in the last nine games of all competitions. Despite an underwhelming first half of the season, Monaco has come alive and their hopes of piping both Lille and Paris for the title can be real and achievable. Monaco knocked out Lyon of the French Cup last week in the quarter-final and will need to emulate the same performance to maintain pressure at the top of the table.

Lyon hasn’t lost all chances of sealing the title despite a 2-3 home defeat to Lille but a positive result is required at Monaco to keep their hopes alive. 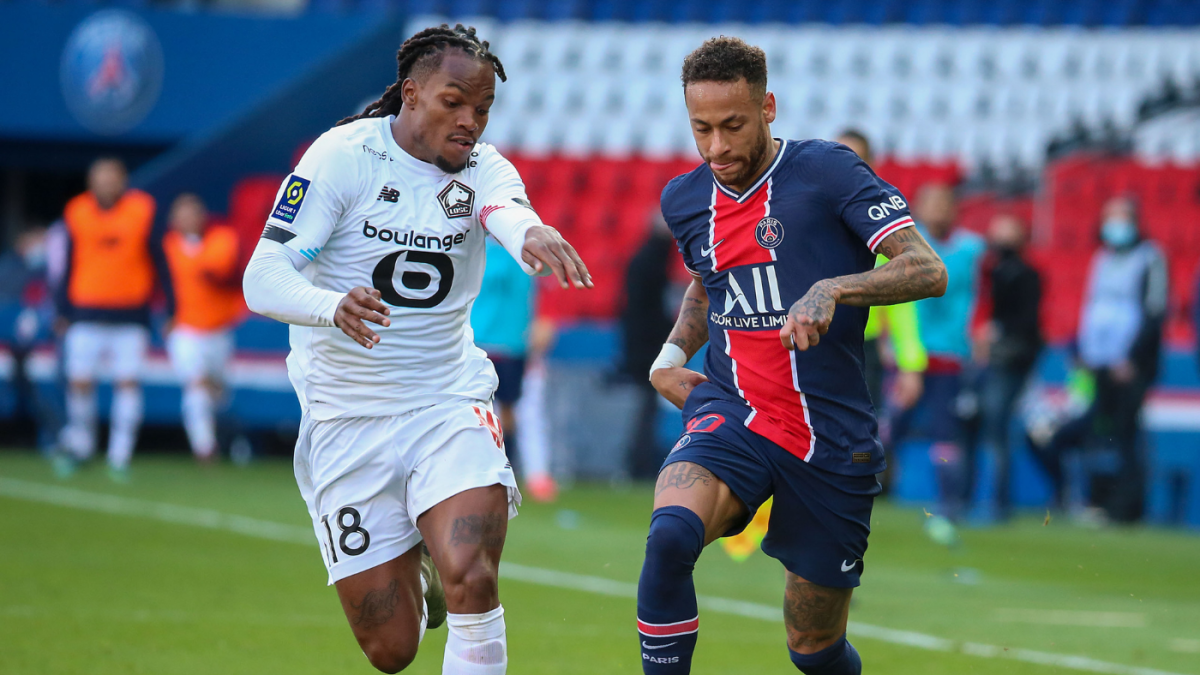