A packed Wembley Stadium was here to witness a mouthwatering clash, as England was aiming to become the sixth different nation to win the UEFA Women’s European Championships. Germany, on the other hand, was aiming for their ninth title in 21 years.

But things did not get off to a great start for the Germans, as they had lost the talisman, Alexandra Popp, who got injured during the warm-ups.

Lea Schüller came in as her replacement.

England had named an unchanged team from the semi-final victory over Sweden.

This was also a record for the highest attendance for a men’s or women’s Euro Final, which saw 87,192 spectators turn up to watch this memorable afternoon for the Lionesses.

The first half was a tight affair, with both teams having chances to break the deadlock.

Lucy Bronze came the closest for England, as her header was tipped over the bar by Merle Frohms.

City’s Ella Toone broke the deadlock in the 62nd minute when broke away from the German defence, and cooly lobbed the ball over Frohms to give England the lead.

But Maghull soon had her reward as some sloppy defending by England, allowed her to stab home the equalizer in the 79th minute.

This made the contest go into extra time and was only the fourth time, that the final had gone beyond the normal time.

And in the 110th minute, Chloe Kelly ensured that the final did not go to penalties, by stabbing home the winner from a Lauren Hemp corner, to win the final for the Lionesses.

As the final whistle blew, the whole of Wembley erupted in joy, as the long wait for a trophy in 56 years, was finally over.

Wiegman as always was delighted with the team’s performance.

‘I think what we’ve done is really incredible. I don’t think I’ve really realised what we’ve done, because I’ve not followed everything, but we know all of England is behind us,’ ‘Their togetherness was really strong too, so we had a hard time to play our game, but at the end we were really eager to score a goal. ‘When I took the job you hope one thing, but we knew there was quality and such big potential in this country. You hope things will work out. ‘That was one of my personal challenges. My challenge was to bring people together from another country and it worked out. It’s something you dream of and hope for.’

“Sometimes football puts you down but bouncing back is the best way and that’s what I’ve done. I’m speechless, I can’t take it all, I’m still in shock, I can’t believe we’ve won it, I just can’t. “Unbelievable, I am so, so proud of this team. I love this team and I love this country.”

This is a truly remarkable moment not just in England football but in women’s football. For years, the women’s game has been overshadowed by the men, but could Wiegmann’s Lionesses be the springboard to more success and elevation for the women’s games in England?

Send us your thoughts on World in Sport 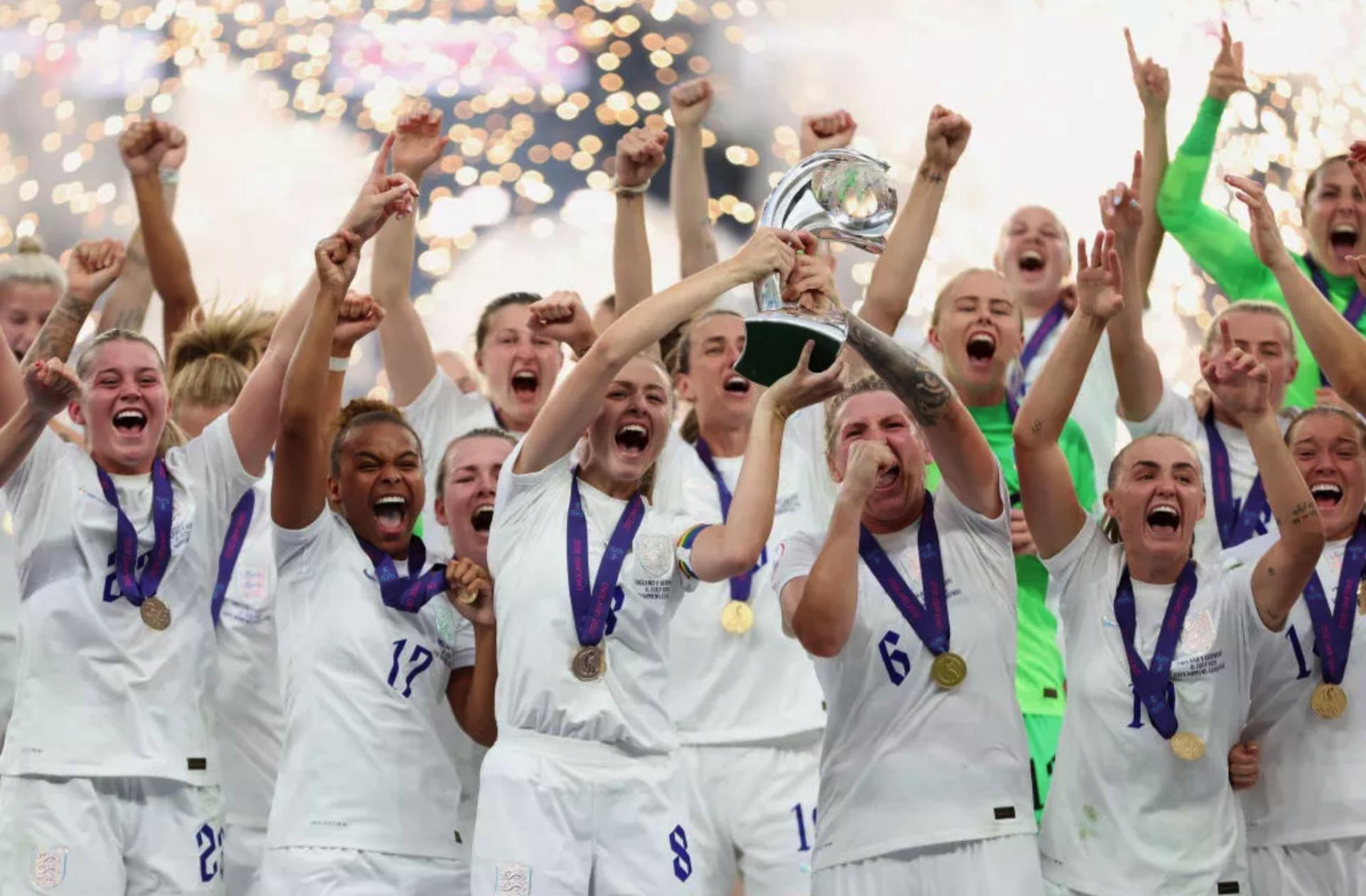