In the month of February this year, it was make or break for Liverpool’s number one Simon Mignolet. Questionable keeping was the top of the agenda at Anfield as everyone seemed to be in turbulence as a result of the early season blip.

While tactical adaptation and injuries had played a role, so often there is a scapegoat. But this time round it was the Liverpool number one, Simon Mignolet. Shaky performances aside there was a certain air of nervousness seemed to his displays

Being at a club of Liverpool’s stature has its own perils – the level of expectations is huge and a blip in form is scrutinized in minute detail. That is when Simon’s better half stepped in – his fiancée, Jasmien, queried him based on the Boxing Day nervous display against Burnley: “Simon, are you sometimes over-thinking stuff?”Those words had the impact of self-realization on him and since then he has excelled in-goal.

In an interview with, the Guardian, where he himself requested for the interview, he wanted to credit his fiancée for his recovery in form.Andy Hunter, one of the leading journalists with Guardian took him up on his offer.  Monday night at the Liberty Stadium, his season turned a full-circle, as he was the one who kept his team in the game, in the first half.

Following his heroics, it gave Liverpool the option to walk into half time with the game still level, and breathe a sigh of relief.

After the interval, a tactically astute Liverpool took control of the game and a ricochet of Henderson ended up in a freakish goal which eventually turned out to be the match-winner. At the onset, the game was a pressure game, as all of Liverpool’s rivals won over the weekend and the race for Champion’s League place has become much tighter. Manchester United boxed Spurs into submission on Sunday, and the day before Arsenal purred and dazzled against West Ham.

Liverpool knew they had to pick up the three points if not the three goals, which their competitors had scored over the weekend.

Against the backdrop of contract negotiations, Brendan Rodgers chose to start Sterling. Another omission in the recent weeks, Steven Gerrard returned from injury as he started on the bench, while Sakho and Skrtel made a return as well. In the early part of the game, it was Swansea City, who did all the running and the creating as Gomis, Shelvey and company took turns testing Mignolet’s awareness.

At times it looked like, Mignolet versus Swansea. Picking out an outstanding save was difficult, but the Sigurdsson shot that was saved, given that Mignolet may have been blindsided was phenomenal. Not to belittle the rest of the team, but Swansea were quicker to the ball. Liverpool while not creating chances of clear-cut nature, still managed the same number of shots as their opponents.

Appreciation should be reserved for the team in the sense and the way Liverpool concentrated on defending. While Swansea may have created the better chances, it was their inability to score which would cost them dearly, as they found to their chagrin later on. The interval was a welcome break, as Liverpool struggled to get a foothold into the game.

On the commencement of the second half, Liverpool changed strategy and instead of playing on the counter, they started pressing higher up the pitch, thus slowly but surely started making inroads into the Swansea box. The goal though can be best described as freakish.

The introduction of Steven Gerrard for Moreno had quickened the passing. Now, this allowed Henderson to make runs from the deep, and through the middle. As the ball was played upfront, Daniel Sturridge flicked the ball into the onrushing Henderson’s path, which was tackled well by Swansea defender, Jordi Almat, only for the ball to ricochet of Henderson’s shin past a flailing Luiz Fabianski.

Lead taken, Liverpool reverted back to Plan A, that was to play on the counter. Swansea sensing that the game was getting away from them made substitutions to provide them pace and incisiveness. Liverpool chose stability as Johnson came on. The onus being on the home team to score, left them vulnerable to counter attacks, but fine saves from Fabianski restricted the score-line to only a goal, as Liverpool kept the pressure on their rivals.

As Liverpool recorded their fifth straight win, they also stretched their unbeaten run to thirteen games. Another statistic they equalled was the number of consecutive away clean sheets. This was only the third time, the last two coming in the years 1966 and 1972 respectively. Such was the positivity radiating from Brendan Rodgers, that he know believes the team can even rise to second in the league. A track record of the previous seasons, Rodgers has been charge, that it is not an outlandish thought.

Keeping the weekend in mind, where they face old rivals, Manchester United. Rodgers was careful and concluded with positive apprehension, “We’ve put ourselves in a great position,” Rodgers said.

“There is still a lot of work to go so we’ll recover now and get ready for the weekend. The target is to finish as high as we can. Everyone talks about fourth but it’s the same every year for me. We do the best we can do.” 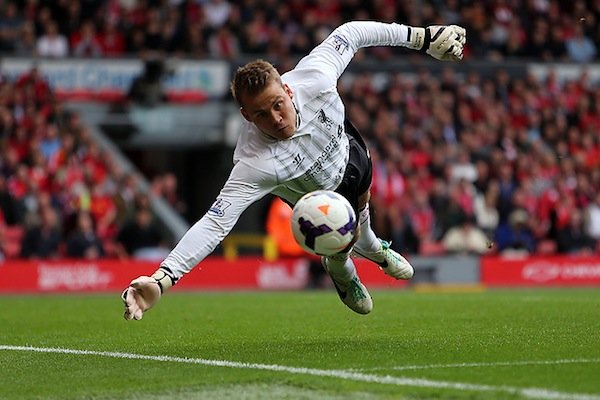