Blue will be the color of the sky in this year’s Champions League final at Porto, It remains to be seen whether it will be sky blue of Man City or dark blue of Chelsea as Pep Guardiola’s Manchester City lock horns with Tuchel’s Chelsea at the Estadio do Dragao on Saturday night.

Both Premier League sides have endured impressive seasons domestically and now they’ll look to end the season with the supremest trophy in club football.

There will be a strong crowd of 16,500 present at Estadio do Dragao to embrace the showpiece standalone event and to make things, even more, spicier both the managers, squads know each other very well having played each other twice over the last month, so we can expect a tactical masterclass from both managers.

Pep’s certainly hoping that he’ll win his first UCL(without Messi) in 10 years, in fact, it’s only his first final in the last decade which is astounding considering his dominance in domestic leagues over those years. This is the perfect opportunity for him to conquer Europe too. For Tuchel, it’s back-to-back UCL finals so he’ll be very desperate to win this one.

Both teams recent form has dipped off lately with City conceding 3 goals to Newcastle and Brighton before thrashing Everton at home in the last game of domestic campaign while Chelsea lost to Arsenal in London derby, Leicester in FA Cup final and Aston Villa on the final day, these all happened in the tail-end of the season.

Probably Man City are under more pressure coming into this final while it’s a bit of a free hit for Chelsea as they have already secured the Champions League football for next season, so the onus will be on City more than Chelsea to produce the good and take the trophy back to the blue half of Manchester.

Ilkay Gundogan has brushed off a recent injury and was declared fit, he was obviously forced off in the game against Brighton. Otherwise, Pep has no other injury concerns and considering the quality on the bench, it’s a criminally advantageous position.

Whereas for Chelsea Kante only came back to training on Wednesday with a calf injury this is after he shrugged off the thigh injury which kept him out of the crucial tie against Aston Villa on the final day of the Premier League season. While Tuchel is optimistic that Mendy will be able to put on the gloves for the final time in the season we know he was taken off against Aston Villa last weekend after striking off the post,  if somehow he was unable to make it then Kepa will be between the sticks for the Blues.

Mendy made some superb save against Real Madrid which helped Chelsea to get past the semi-finals, so in that sense, Kepa would be a huge downgrade on him but the Spaniard has been decent under Tuchel but let’s hope Edouard will be fit enough.

Hopefully, Edouard Mendy will be in goal for Chelsea, he’s up there for impactive signings of the season, Kept numerous clean-sheets this season, and will be hoping for one more on Saturday night.

In front of the keeper is the resolute and resilient trio of Rudiger, Silva, and Azpiliticueta. They have been defensively very solid since Tuchel came and reverted to the Back-three system.

Reece James and Ben Chilwell will play as attacking wing-backs, both will be aiming to bomb forward and create overlaps, triangles, and whatnot but they also need to be defensively on-guard and help the Back-three.

Kante alongside Kovacic in the midfield engine is perfect as they provide dynamism and gives us the pace and intensity to drive the team up the field which is essential on counters to create high-quality opportunities.

We’ll have our Industrious Mason Mount in the ten positions, where he has been sensational all season. (Even though I do think you can play this guy anywhere in the outfield you can get a half-decent job out of him he’s that energetic and productive)

Upfront will be the double-act of German forwards Havertz and Werner, they were magnificent against Real Madrid in the semis you can recognize the pattern they work between themselves, this partnership can grow to a larger extent with time.

Even though Man City have experimented a lot over the past few games listening to Pep’s interview City will start with that strikerless 4-3-3 system containing False-9s.

Ederson will be between the sticks for the Citizens(undisputable)

In central defense, we have the duo of rejuvenated Jon Stones and probably the signing of the season in Ruben Dias.

At full-backs, we have Kyle Walker and Cancelo. Walker is the more defensive one as he forms the back-three to control possession and frequently shows his pace along the wing with forwarding bursts. On the other hand, Cancelo’s role is a bit more complex he generally takes the Right-midfield spaces from there he can spray the passes and look for key passes and through balls as he’s got an excellent variety or he can burn down the wing to cross the ball.

The Midfield trio consists of Rodri, Gundogun, and Bernardo Silva. Rodri is basically to set the tempo, Gundogan provides balance and those famous well-timed late runs while Bernardo Silva provides the creative aspects from the left-midfield position.

Kevin De Bruyne to function as a false nine with generational talent Foden and Mahrez alongside him. Foden’s got an amazing awareness about his game, he’s going to be an amazing player for England at Euro’s, his talent has comparisons to Rooney’s but I certainly think he’s on a better level than that too.

Aguero has to be satisfied with a cameo off the bench.

Mentally, Chelsea do have an edge over Man City having defeated them twice, also they are very sound defensively but it’s just their struggles going forwards they aren’t prolific enough in front of the goal and this may come back to haunt them.

I want this to be an exciting contest, the players can play freely flowing intense aggressive football but there are good chances that this can easily be one of those cagey affairs, both teams hesitating to concede the first goal and all that stuff, it would be pitiful for the neutrals.

I predict Man City to get hands-on that precious piece of silverware for the first time in their history with a 2-1 win over Chelsea, KDB will open the scoring, and Mount getting the equalizer early in the second half (You can just smell one offside goal by Werner) and then steps in the Legend Sergio Aguero to score a tap-in late in the game to send the Citizens wild, It will be a perfect farewell to the club icon. (The Citizens are fantasizing this overnight today, really wildest dreams )

Let us know in the comments below, Who do you think will win the UCL title? 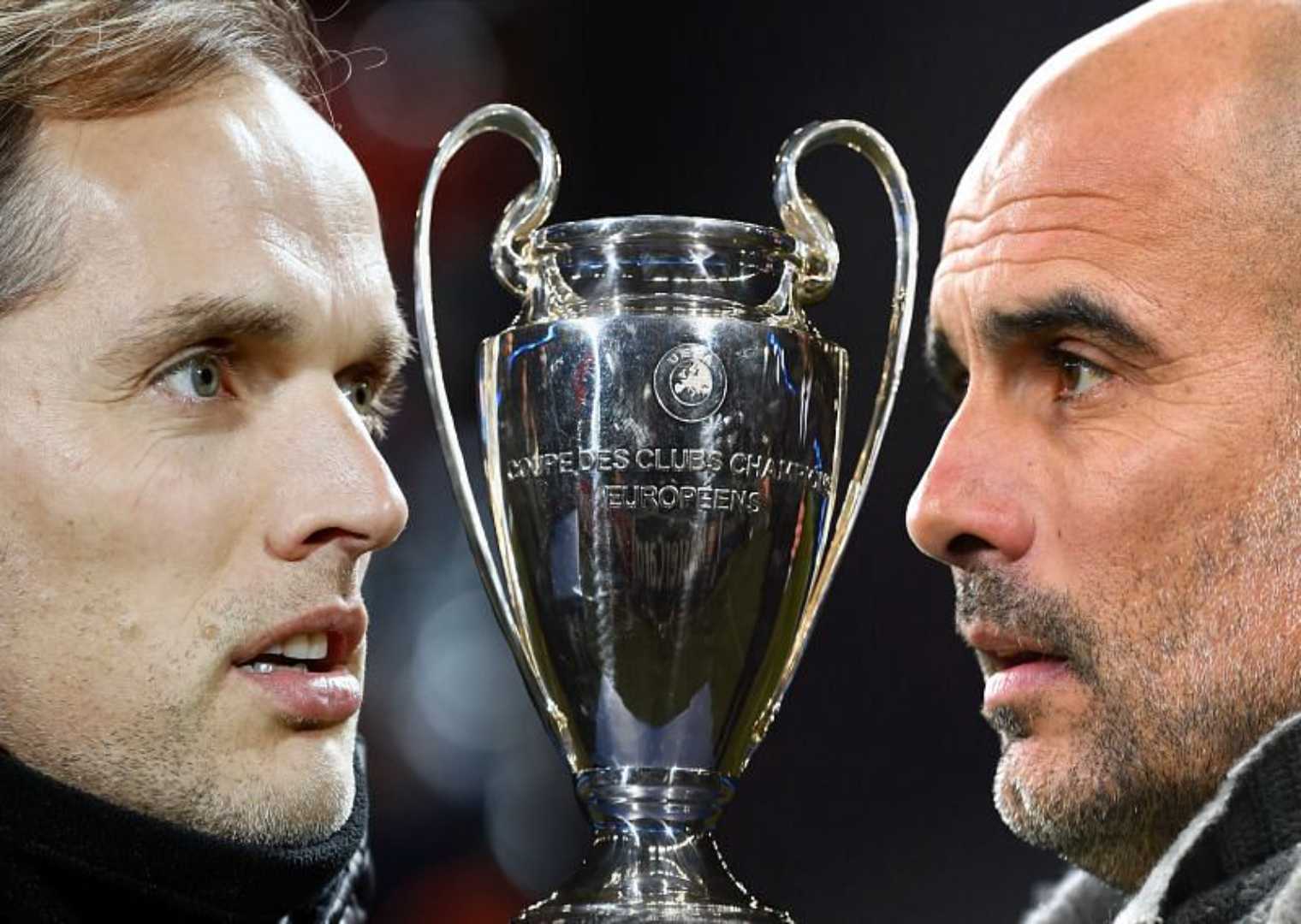