On a day where futures on several clubs could be shaped, Manchester City and Chelsea made great strides to achieve their goals for the season, whilst at the bottom of the league, Fulham’s fate in the Premier League was all but sealed.

Let’s take a look at every Premier League fixture on Saturday 1st May and talk about what the outcome will mean to each side.

One step closer for Manchester City.

The Blues are now just one win away from securing their fourth Premier League crown after comfortably dispatching Crystal Palace, thanks to two quickfire goals from Sergio Aguero and Ferran Torres.

City took a while to get into the match, not registering a shot on target until the 57th minute until Sergio Aguero finally stepped up. On his final appearance at Selhurst Park, the Argentine finally managed to score his first goal at this ground, latching on to a Benjamin Mendy pass, before performing a vintage Aguero finish, hitting the ball cleanly on the outside of his foot and firing past Vicente Guaita in Palace goal to collect his 258th Manchester City goal.

However, Pep Guardiola’s men were not done there. 58 seconds was all it took from kick-off for the Citizens to press Palace into their own half, allowing Ferran Torres to curl the ball through the legs of Cheikhou Kouyate and past the goalkeeper to double the advantage and put the game to bed.

If Manchester United are defeated tomorrow afternoon against Liverpool or City manage to defeat Chelsea at the Etihad Stadium next Saturday, Pep Guardiola will achieve his third Premier League crown in just four years, and with the Champions League semi-final with PSG on the horizon, the Spaniard looks on course to achieve a historic double.

As for Palace, they travel to a relegated Sheffield United as they require just one more win to mathematically secure their spot in the Premier League next season.

Brighton now has one foot in the door to Premier League safety as they managed to put two past an uncharacteristically woeful Leeds side.

A penalty from Pascal Groß and a late Danny Welbeck strike were enough to see Graham Potters side move one step closer to safety.

The Seagulls started the first half well, with some great fluid passing and fast attacking play, and were rewarded for this when Welbeck was brought down in the box from Ezgjan Alioski’s poor foul, and up stepped Pascal Groß to smash the ball past Illan Meslier from the penalty spot to gain the advantage.

Leeds come into the game had gone six games unbeaten in the Premier League, their best record since 2001, but that run came to an end when Danny Welbeck collected the ball from some poor defending by Pascal Struijk, and his brilliant first touch allowed him to break away from Struijk to put the final nail in the coffin.

Brighton will next travel to the Molineux Stadium to take on a Wolves side that has only won two of their previous five fixtures, as they look to finally put an end to their relegation worries. As for Leeds United, they will face a difficult task, as they get set to face Ryan Masons Tottenham Hotspurs, as the Lilywhites are looking to finish in the top half of the Premier League since 2001.

Kai Havertz managed to double his Premier League goal tally for the season as Chelsea move six points clear of West Ham United in their bid for a Champions League place.

Havertz put on a masterclass in the final third finishing in this performance, but all the praise for the first goal has to go to Mason Mount. Having taken on a long-range pass with the slightest of ease, Mount looked up to see Havertz run around the back of Ola Aina, and slotted the ball to the German International who just needed one touch on his left foot to control the ball and used the same foot to calmly place his shot past the on-coming Alphonse Areola to open to the goal tally.

But Havertz night was far from over. At the start of the second half, he managed to beat two defenders on the right-hand side, gave the ball to Timo Werner, and his countryman repaid him in kind, with a ball straight down the middle of the Fulham defence, it looked all too easy for Havertz and he buried the game with the exact same goal he scored in the first half to secure all three points for Chelsea.

A win against their London rivals could not have come at a better time for Chelsea, as the Blues have a busy schedule across the month of May, as they will take on Real Madrid in the second leg of the Champions League semi-final this coming Wednesday, as well as Facing Manchester City this time next week.

ALSO READ: Untold riches, but at what cost?

And with West Ham breathing down their necks, it is vital that Thomas Tuchels side try to extend their lead over the Clarets.

As for Fulham, this defeat at Stamford Bridge may have condemned them to relegation from the Premier League. Without a win since that 1-0 win over Liverpool in March, the Cottagers will take on Burnley at Craven Cottage in a must-win game. Depending on Newcastle United’s result against Arsenal, anything but a win for Fulham would see them drop back down to the Championship.

Everton’s bid for a Europa League place was dealt a huge blow as top half chasers Aston Villa struck late to secure a 2-1 victory, thanks to a stunning late winner from Anwar El Ghazi.

Villa took advantage early on through top goal scorer Oli Watkins, as he managed to track down and take the ball from Mason Holgate and made a darting run towards the penalty area. Holgate looked to have recovered with a challenge on Watkins, but Villas marquee signing showed great strength to stay on his feet and fire past Jordan Pickford to collect his 13th goal of the season.

But midway through the first half, Everton answered back through who else but Dominic Calvert-Lewin. Luca Dinges beautiful ball from the corner flag floated all the way to the back post and Calvert-Lewin rose up to meet it. His towering header got past Emi Martinez, but Tyrone Mings could not stop it off the line and the Toffees had brought the game back level

But in the dying moments of the game, Bertrand Traore, who has been putting on a masterclass all night, skipped he was through the Everton defence, and his pass found El Ghazi. He turned to his right, beating Seamus Coleman and then his world-class effort was enough to fly past Pickford to give Villa all three points.

Villa now goes a point above Leeds in 9th place and look set to secure their first top-half Premier League finish since 2011. They will take on Manchester United at Villa Park next Sunday.

As for Everton, a loss to them sees them level on games with West Ham, Liverpool and Tottenham, but three points off all the above and with just one win in their last five matches. They have a must-win fixture against West Ham at the London Stadium next Saturday and a loss could see their European dream they looked to achieve at the start of the season come crashing down around them. 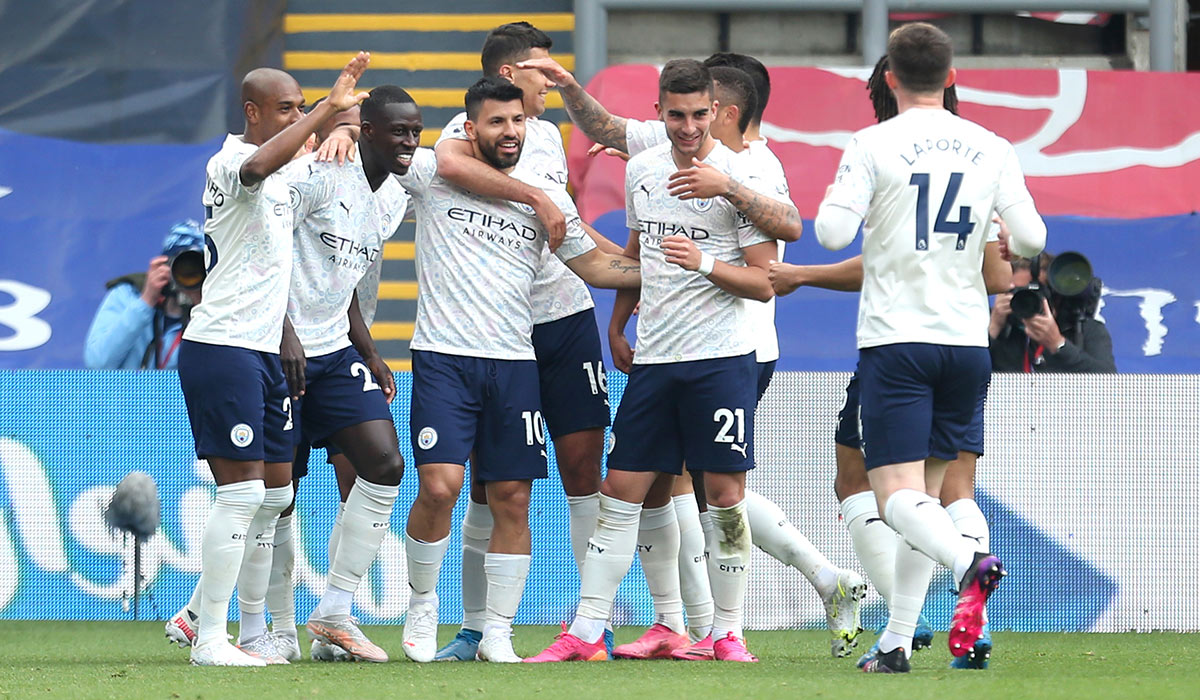