After dropping points against Newcastle last weekend, Manchester City will be eager to earn all three points in this game.

Crystal Palace have proven to be somewhat of a bogey team for Pep Guardiola’s side, and given the form that Palace have shown so far this season, there is every reason to believe that this could be a difficult game for the home side.

Despite dropping points at the weekend, Manchester City have looked good in the opening three games this season. They have seven points out of a possible nine and have scored nine goals in that time – conceding just three.

In the two games they have won, they have completely dominated their opponent. Pep Guardiola’s men are just as frightening as ever.

Crystal Place, however, have plenty of reasons to be optimistic ahead of this game too based on their own form so far this season.

Many Palace fans would have been worried in pre-season given that in their first three games they have had to play both Arsenal and Liverpool. But remarkably, they have come through those games with four points, having followed their courageous draw against Liverpool with a convincing 3-1 win against Aston Villa.

ALSO READ:  Why The World Cup Is The Sport’s Greatest Competition

They also looked very dangerous for large parts of the second half in the season’s curtain raiser at home to Arsenal too. Patrick Vieira’s men are the real deal.

In recent times, Crystal Palace have proven to be a tough opponent for Manchester City.

Last season, Crystal Palace were unbeaten against City in the Premier League, winning one and drawing one against Pep Guardiola’s side.

In fact, Palace have actually taken seven points from their last four away games at the Etihad Stadium – winning two of those games.

The numbers then, support the idea that this will not be a routine victory for the home side.

Pep Guardiola’s side are likely to be without Aymeric Laporte {knee), Nathan Ake (groin) and Kalvin Phillips (shoulder)

Meanwhile, Nathan Ferguson (ankle), Jack Butland (wrist), James McArthur (groin) and James Tomkins (calf) are all expected to be unavailable for the visitors in this game.

Without question, Manchester City’s key player in this game is Erling Haaland.

One of the biggest reasons that City struggled in this fixture last year was that when faced with a compact defence, they had no focal point that, when needed, they could cross the ball into.

That was shown in their 0-0 draw in March last season, where Man City mustered 19 shots, but only four of them were on target. The reason for this was that Manchester City struggled to break Palace down and instead resorted to shooting from distance.

The arrival of a natural number nine, especially one as physically imposing and talented as Erling Haaland, could be the difference maker in these types of games.

It should be no surprise that I have picked out Wilfried Zaha as Crystal Palace’s key player in this game.

The winger has continued his fine goal-scoring form and has registered three goals in as many games this season; with a conversion rate of 43%.

However, that isn’t the only reason I think Wilfried Zaha could have an influence on this game.

In their recent draw against Newcastle, Manchester City struggled to deal with Allan Saint-Maximin.

Wilfried Zaha, a player of a very similar profile to that of Allan Saint-Maximin, will be hoping to have a similar effect in this game.

This is not an easy game to predict.

Of course, Manchester City are the better team, but Crystal Palace have been a thorn in Pep Guardiola’s side ever since he arrived in the Premier League.

However, I do think that the arrival of Erling Haaland gives City the firepower and focal point that they need to get over the line in these types of games, and for that reason, I am going for a narrow home win. 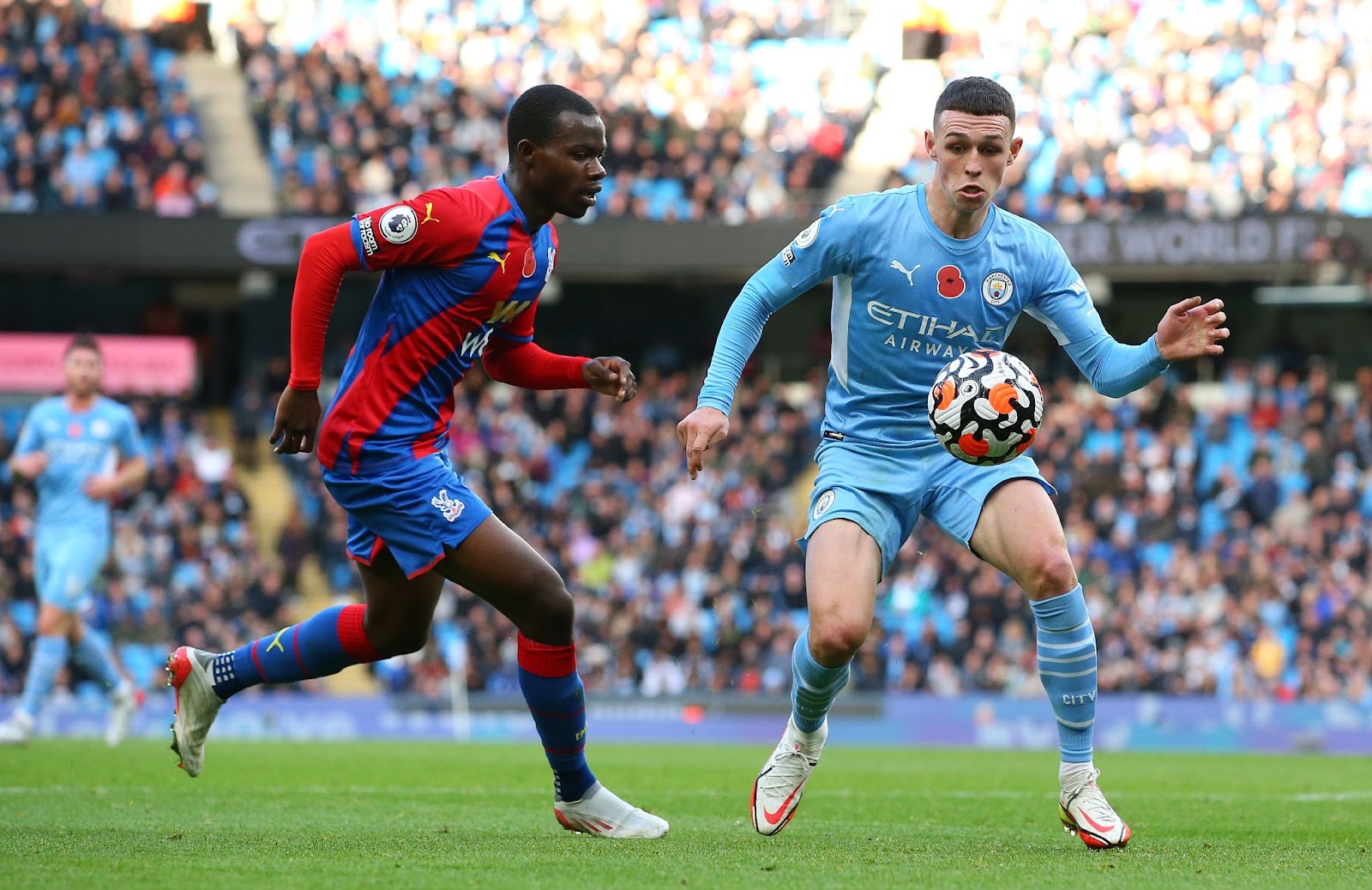