Truex led for 588 of the race’s 600 miles – a NASCAR record for most miles led in a race. He led for 392 of 400 laps, a Charlotte record. Starting from the pole, his average speed of 160.44 mph and the time in which the race finished (3 hours, 44 minutes, 8 seconds) were also 600 records.He was passed by Johnson on a restart 55 laps from the end, but Truex went back in front a lap later and was not bothered again.

He topped Jim Paschal’s mark of leading 335 laps to win at Charlotte in 1967.

“I had to give him something for being a good sport,” Truex said with a laugh. “I just wanted to give him a taste of what it might feel like to lead this thing. No, I’m just kidding.”

Truex had been close to winning four other occasions, but fell short. Truex lost the season-opening Daytona 500 to Denny Hamlin. He led 141 laps in April at Texas Motor Speedway and 172 laps at Kansas Speedway earlier this month, though victory slipped through his fingers in each instance due to strategy. He was also well positioned to win on May 15 at Dover International Speedway, but was hampered by Jimmie Johnson’s mechanical failure that created an 18-car pileup that included Truex.

“I mean they have had a few runs where they have just been the class of the field and things have kept them from Victory Lane,” Johnson said. “Tonight he wasn’t going to be denied there was no way around that.”

Kevin Harvick and Jimmie Johnson rounded out the top three, while Chase Elliott was the top finishing rookie of the race in eighth. 10th place Ryan Newman would be the only top ten finisher not affiliated with Hendrick Motorsports, Penske Racing or JGR. Penske had a disappointing day at Indianapolis, but hoped to rebound at Charlotte with drivers Brad Keselowski and Joey Logano, who won the All-Star race at the track last weekend. However Logano was hit by a pit road penalty and Keselowski could never make a serious run.

NASCAR’s longest race of the season,ended up with just four cautions and one of those was to check tire wear over the first 25 laps. The four caution periods took up just 19 laps, leading to Charlotte records for fastest average speed (160.644 mph) and fastest race (three hours, 44 minutes, eight seconds). Both marks eclipsed records from 2012 (average speed of 1555.687 mph; time of three hours, 51 minutes, 15 seconds. 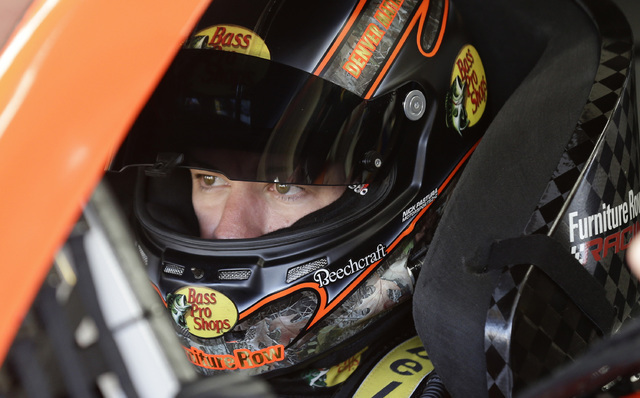