Martin Truex Jr. won a fuel-mileage gamble, holding off Matt Kenseth on the final lap to capture the NASCAR Cup race at Watkins Glen International on Sunday.Trailing by three seconds after saving fuel for several laps, Truex snatched the lead in his Toyota after race leader Ryan Blaney ran out of gas with a couple of laps to spare,Kenseth offered up a last ditch surge on the final lap,but Truex gutted it out on the final stretch and won for the fourth time this season,only 0.41 seconds separated Truex from Kenseth when he crossed the finish line.

“It’s so stressful to let guys go by you for the lead; I’ve never had to do that before,” Truex said. “I’ve wanted to win here a long, long time; it’s a special place and a big one for our team.

“I’m kind of speechless. I didn’t think it would play out, I’m a little bit dumbfounded.”

Daniel Suarez was third, followed by Denny Hamlin and Clint Bowyer. Kyle Busch was seventh. Busch won the first stage from Truex, but having pitted under the caution at the end of that stage Busch had to pit again on the next lap as his left front wheel was loose, thanks to a lug nut getting caught between calliper and wheel.Clint Bowyer got a very much needed fifth place finish. But still lost ground in the playoff points chase to Kenseth.Joey Logano now sits 95 points behind the cut-off line,after another very poor 24th place finish.

Truex Jr. has virtually clinched the regular season championship. Holding an 116 point lead over Kyle Busch who passed Kyle Larson for second in the standings. 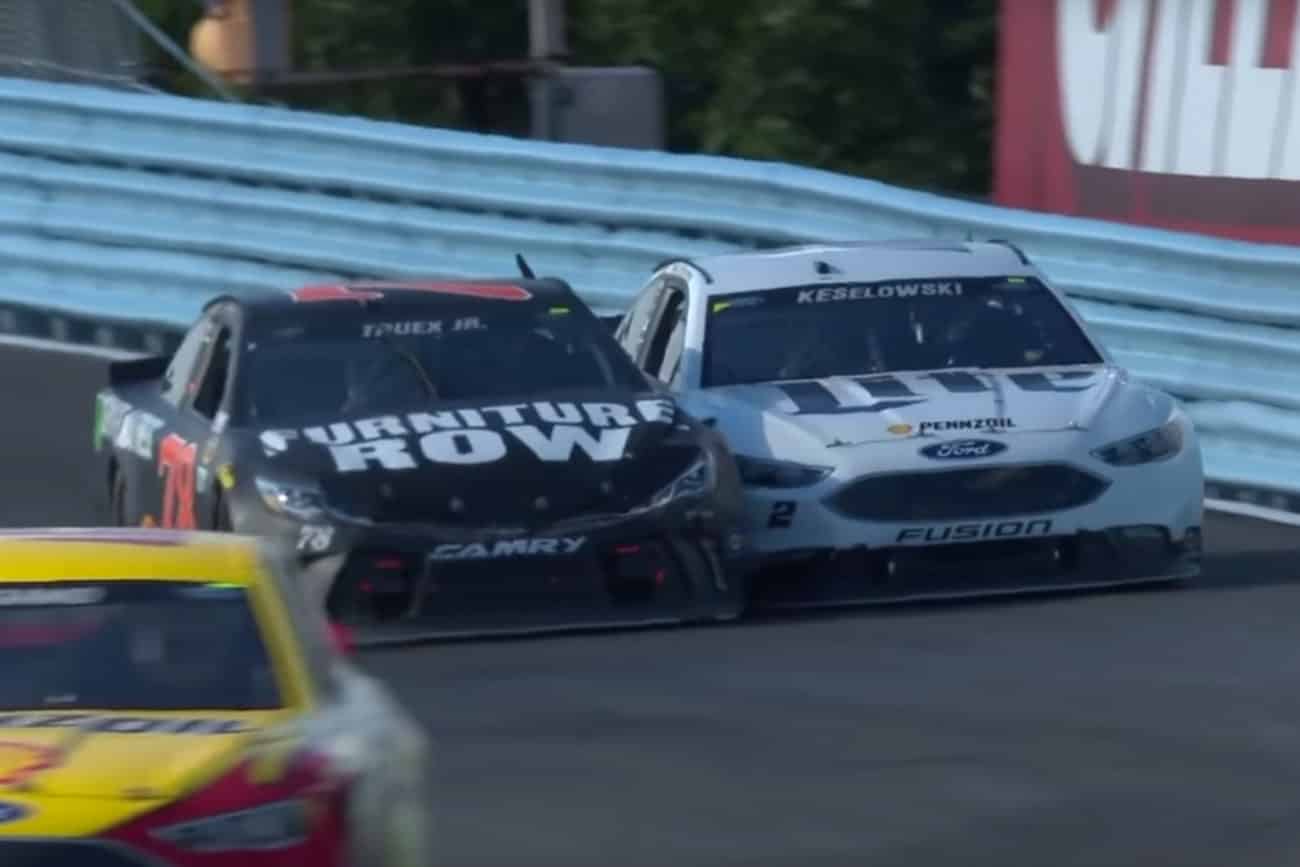