32 teams started the journey; only two teams are now left to fight for the ultimate football glory – the World Cup Final.

Before Croatia and France, both undefeated till now in their campaigns, face off against each other at the Luzhniki Stadium on Sunday at the world cup final to crown the new world champions of football, we take a look at the road to the finals for both the teams, a preview of the things to come on Sunday and predict the possible winners of this year’s world cup.

This world cup has been one full of surprises, close encounters and nail-biting moments. The typical gap between small and big teams have drastically gone down and almost every single game has produced magical moments for the fans. 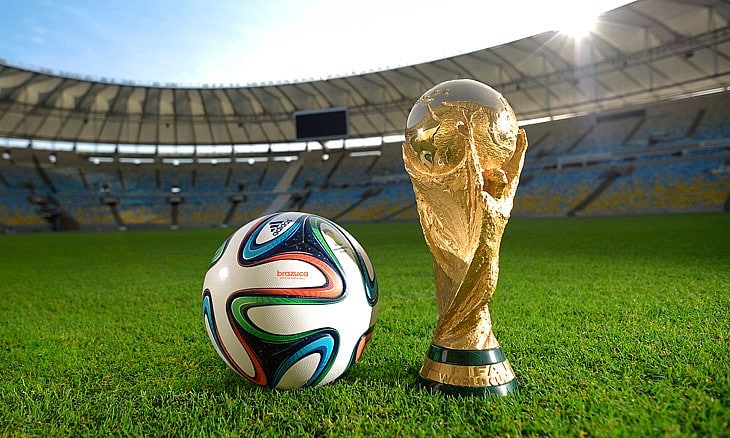 The fact that the fan favorite teams have all been eliminated before the semifinal round also adds to the unpredictability and drama that this tournament has offered. Moreover, the world cup has yet again proved the dominance of Europe over Latin America with this being the fourth consecutive tournament where a European team will lift the cup.

Prior to the world cup, the pundits would never in their wildest dream have predicted that the final of the tournament would be held between France and Croatia. While France had a solid squad on paper, brimming with talent and youth and were one of the teams slated to reach the finals, Croatia, on the other hand, were considered a dark horse. No one expected them to reach the finals. Even the British press undermined the team to the point that Luka Modric remarked that it worked as a driving force behind Croatia giving out their all against England and winning the game in the semifinals.

But Croatia are rightfully here in the finals. Qualifying for their first ever world cup final is a side that has won the hearts of the neutral fans with their style of play and grit. They now aim to fulfill the dreams of the class of 1998, their first ever world cup team that shocked everyone and qualified in the semifinals of the 1998 world cup before bowing out to the hosts, France. Maybe it is destiny that these sides are here once again and it is now Croatia’s time to lift the trophy and erase the memories of that night in Paris. 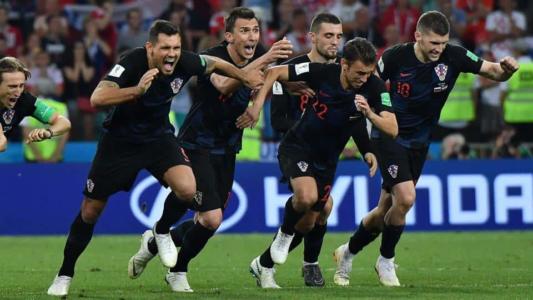 However, France are not a side to be taken lightly. The fluidity in their attack, the quality of the players in the midfield  and their ability to sit back and defend their lead while soaking up the pressure from their opponents are factors that easily make a team the favorites of a tournament. And this side has justified the tagline of being a favorite by outclassing all their opponents. Antoine Griezmann and Kylian Mbappe have scored three goals each and have led the team smoothly to victories. Young Mbappe has proven on the biggest football event that despite his age, he is the next big thing.

A brief review of the journey to the finals

France had a shaky start to the world cup as they narrowly edged past Australia and Peru and drew against Denmark in the group stage. With 2 wins and a draw, they qualified for the knockouts and played an exciting game of goal-fest against Argentina in the round of 16. Trailing 2-1 at one stage, they came back and won the game 4-3 ultimately. They comfortably beat Uruguay 2-0 in the quarterfinals and eliminated Belgium in the semifinals, thanks to a Samuel Umtiti header.

While their main striker, Olivier Giroud is yet to score a goal in the tournament, it has not caused many problems for France. Griezmann and Mbappe, as mentioned above, have been clinical in front of the goal. Mbappe is one of the candidates to win the Golden Ball of the tournament. N’Golo Kante has consistently destroyed the attacks of the opponents in all six games. His presence all over the field against Belgium was a treat for the eyes. Pogba has been in form throughout the tournament and has been a part of most of the key moments for France, both in attack and in defense.

Umtiti and Varane have been the best center-back duo of the tournament and while Hugo Lloris has not been tested yet in front of the goal, he surely has produced some crucial saves in the tournament, the most recent one against Alderweireld of Belgium.

A crucial factor that may give France a slight edge over Croatia is that they have not played for more than 90 minutes in any of their games whereas all three of the knockout games of Croatia went to extra time and two of them went on to penalty shootouts. Moreover, France gets one more day to rest and recover before the final. Fatigue can be a deciding factor in these games and France will definitely have an edge over their counterparts. But it will come down to whether Kante, Pogba and Matuidi can stifle the rampage of attack from Croatia and recover the balls for Griezmann and Mbappe to score goals. A rejuvenating performance from him may see France winning their second world cup since 1998.

The Croats won all their group matches and qualified with a perfect nine points. The highlight of their group stage was the 3-0 decimation of Argentina. Messi’s Argentina were done and dusted against the Croats who won the game comfortably. Modric and Rakitic were superb in the midfield and controlled the tempo of the entire game. They ran riot through the Argentine midfield and exerted their dominance in the attack.

Croatia knocked out both Denmark and the hosts Russia in the round of 16 and the quarterfinals respectively after penalty shootouts. Both the games went to the wire and Croatia showed grit and resilience coming out with the victory on both occasions, thanks to two sublime performances from their goalkeeper Danijel Subasic, a prime candidate for the Golden Gloves award.

The resilience and grit of the Croats is something worth of fairy-tale stories should the team go on to lift the world cup on Sunday. Coming back from being a goal down in all three of their knockout matches, and winning two back-to-back penalty shootouts is not a piece of cake. Luka Modric stands out as the best performer of Croatia in the tournament. After winning a third straight Champions League trophy for his club, he has translated his club-level form for his national side as well. Tipped heavily to win the Golden Ball award of the tournament, the Croatian captain will give his all on Sunday to lift the first world cup for his nation.

While Modric has soaked up all the limelight, Rakitic, on the other hand, has taken up the role of being a finisher for his team, slotting home both the decisive penalties in the tiebreakers. He has unlocked the midfield when Modric has not been able to do so. Perisic was marvelous against England in the semifinal, scoring the equalizer, assisting the winner and hitting the bar once. Mandzukic has scored two goals till now and will be on the look for scoring the winner on Sunday as well. Finally, when all hope seems to be lost, their final man, the one under the goalpost, Subasic has saved the ship from sinking numerous times in this tournament. Croatia will look forward to his saves for one last time at the world cup final.

Fatigue may become a deciding factor for the Croats since they have played for 120 minutes in all their knockout matches. Their defenders will have the tiring job of holding on to the onslaught from French midfielders. However, once Modric and Rakitic find a way, it will be very tough to stop the Croats from scoring.

The head-to-head record shows that Croatia have never defeated France, losing in three of the five games. Neither could Davor Suker help his side to victory in their last world cup meeting at the 1998  semifinals when his lead was taken down by a brace from Lilian Thuram as France marched on to the finals. 20 years after that defeat of their golden generation, the Croats have a chance to correct the history books. Whether they will be able to do so remains to be seen on Sunday at the Luzhiniki Stadium.

Author’s prediction: France win the world cup final and lift the trophy for the second time 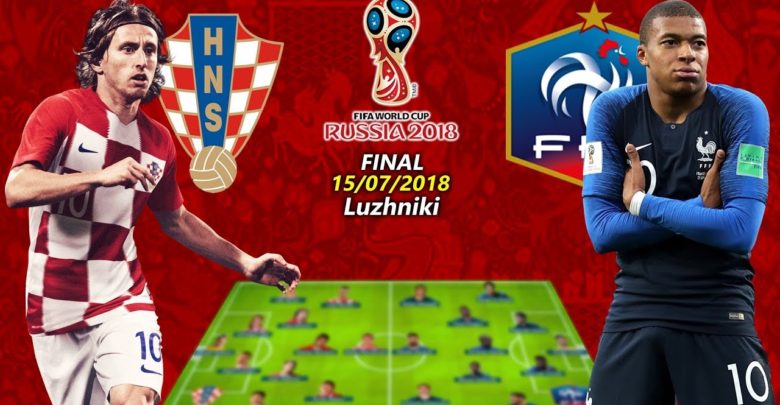