Uniform of the commands it is one of the most interesting parts of every Football World Cup.

Comparison of different kits of players became already a hobby of the world’s fan community. 2018 World Cup is still going on, but people from all over the world have already expressed their opinion about certain kits. And this is why we have prepared a list of the best-looking and the worst t-shirts of this year tournament.
Best Ones

Nigeria is standing on the strong first place in our list of the best kits this year. This kit was made for a team by Nike company and looks really retro. There are green and white zig-zag lines on kits and they look not only stylish, but also really interesting. On arms lines are not green, but they are black, what actually refers to the uniform that they had in 1994 in United States.

Columbia is standing on the second position in our rating. They have prepared a kit, that already was worn by the national legends, that are Anders Escobar, Fredy Rincon and Carlos Valderrama. The kit is all yellow with and was created by Adidas company. It has contrast blue and red lines on the both sides of the t-shirt. Designers hope, that these colors will bring luck to the team this time.

Germany is the last team in our rating of the best kit. They have presented us a classical variant of the kit. Actually, who could even worry? They keep on following traditions and stay both stylish and good-looking. Now German team is associated with the best players on the football championship. Those grey lines on the t-shirt is associated with the high-quality of the game and fame. This version of the game was made by Adidas as well and became a trophy since 1990 campaign.

Senegal takes the first position in our rating of the worst kits on this year championship. They appeared being participants of such a competition for the second time. Previously, tem played on the championship that was established in 2002 in South Korea. That debut was golden and make Senegal team one of the most popular and well-known all over the world. However, there is more time needed to learn how to create great kit design. Puma, who was a producer of the kit appeared being not that professional. They have presented a white t-shirt with green lines on it. There is a national pattern in silver presented on the white t-shirt and only one trophy from Togo 2006 we can see on the t-shirt.

One more kit design, that was made by Puma and appeared being the same old-fashioned and not that great at all. Totally red kit with a pattern on the background, just like in the case with Senegal and flag of Switzerland on it, that doesn’t look contrast at all. Puma really failed this year.

The third participant of the rating it is a kit design, that was presented by Adidas for the Sweden team. And the third stage was taken not even because of the reason of bad design, but just because of the plagiarism. It seems like Adidas has lost all the creativity and simply steal a design from the Colombian tem kit. It is similar with a kit, that fans could actually see in 1994, but is it a good tradition to present the same blue stripes? 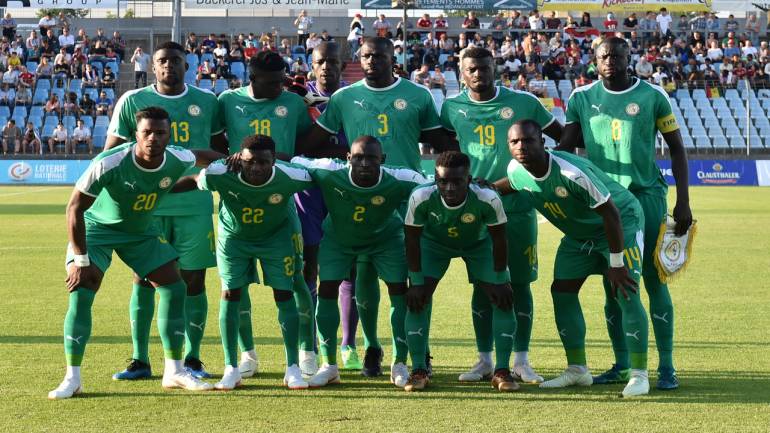