Matt Kenseth gets his much needed victory,and with it helps Keselowski earn the final spot at Homestead. Kenseth won for the first time this season,and with it snapped a 51 race losing streak,the victory was bitter sweet in that he wont be included in the Final 4 at Homestead,as he was eliminated in the previous round.

Kenseth passed Chase Elliott with 10 laps remaining to win Sunday at Phoenix International Raceway and deny Elliott the final berth in next week’s championship race. Had Elliott hung on for the win, he would have qualified for the championship finale at Homestead-Miami Speedway.

Elliott finished second for the seventh time in his career.

“There’s not a lot of people that get to go out like this,” Kenseth said. “It’s not that there hasn’t been any opportunities and nothing opened,it’s just nothing really felt right to me.

“I probably fought it for too long and kind of looked at different opportunities and thought about doing something different, but then just really embraced it, and not many people get to go out in really good cars and win races.”

Brad Keselowski earned the final spot in the Championship 4 on points despite finishing 16th. He will join Martin Truex Jr., Kyle Busch and Kevin Harvick at Homestead.

Alot had to fall into place for Keselowski,as his 19 point cushion over Hamlin had vanished going into round 3.However it didn’t end up working out for Hamlin,as a wreck hed caused a couple races ago with Chase Elliot,ended up coming back to bite him.On Lap 270 Elliott got around Hamlin for the position after nudging him out of the way,Hamlin ended up with some tire rub and eventually his tire exploded and sent him into the wall,that finished any hopes of Hamlin getting into the finale.

Jimmie Johnson will have to wait another year to challenge for his 8th Cup title,headi ng into Phoenix,he was already in dire straits to begin with,Johnson appeared to cut a tire on Lap 149, one lap before the end of Stage 2. He hit the outside wall and suffered pretty heavy damage, he had no choice but to head to  garage for repairs.

It all comes down to this Sunday afternoon at Homestead. 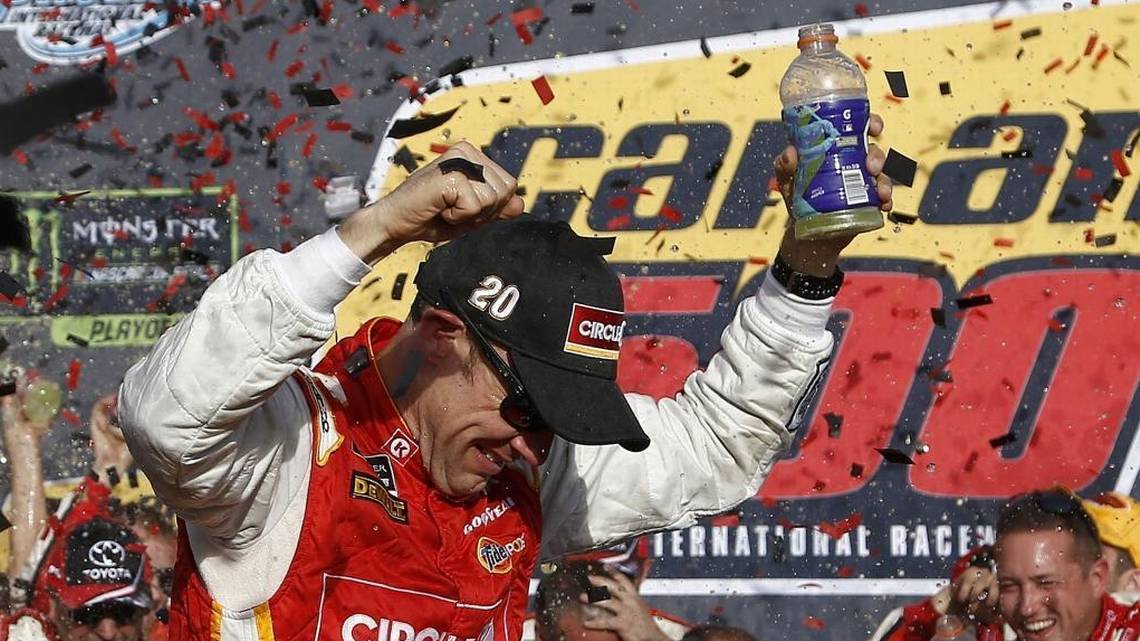