UFC Fight Night 120 has a main event you won’t want to miss.

Anthony Pettis will look to collect his second straight win after he was successful in his return to Lightweight in his last outing, defeating Jim Miller at UFC 213 after a brief run at Featherweight. “Showtime” — who came up short against Max Holloway for the interim 145-pound strap in only his second fight in the division — admits losing three straight at Lightweight was a “ferocious” moment for him after ruling the weight class in 2013.

Still, Pettis always took on all comers, and losing to the cream of the crop is nothing to hang his head low over.

The UFC announced late Wednesday that former lightweight champion Anthony Pettis will take on Dustin Poirier in the headliner of the FS1-televised event Nov. 11 at Ted Constant Convocation Center in Norfolk, Va.

Pettis (20-6 MMA, 7-5 UFC) had called for a matchup with Poirier (21-5 MMA, 13-4 UFC) and will get his wish. The bout was first confirmed last month by Pettis’ longtime head coach and mentor on social media.

Part of Pettis’ skid included a failed stint in the featherweight division. He won one 145-pound fight before an interim title bout with Max Holloway at UFC 206 in December. It didn’t go Pettis’ way, and it prompted a return to the lightweight division, where he recently earned a unanimous-decision win over Jim Miller in July.

No. 14-ranked Poirier, meanwhile, made his most recent octagon appearance at UFC 211 in March, where he had a firefight with former 155-pound champ Eddie Alvarez. The fight ended in a controversial no-contest after Alvarez landed a series of illegal knees.

UFC Fight Night 120 marks Poirier’s second UFC headliner in Virginia; he suffered a fourth-round submission loss to Chan Sung Jung in the UFC on FUEL TV 3 main event in May 2012, which took place in Fairfax. 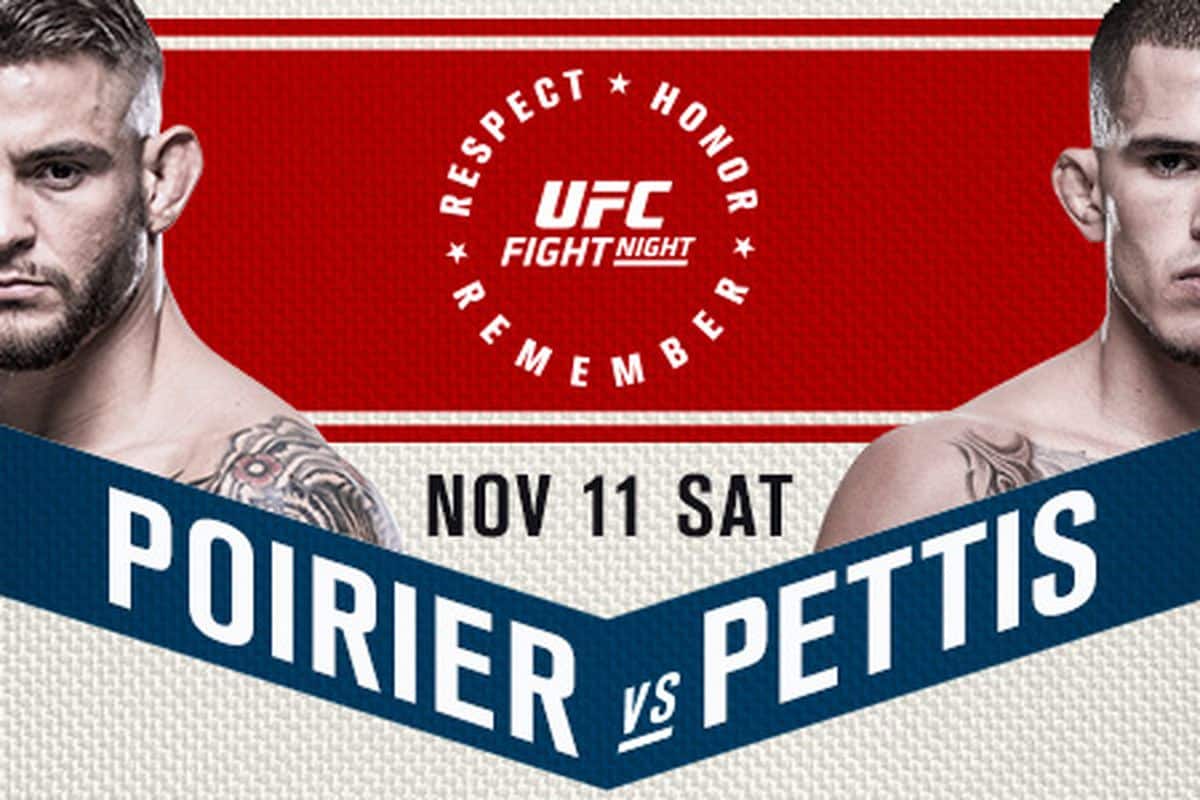