Max Verstappen has been a worthy adversary to Lewis Hamilton. Lewis Hamilton’s contract extension with Mercedes, where he extended his contract by just one year, has led to more questions than answers. A conclusion that could be drawn here is that the marriage between the driver and the team is on a slippery slope right now.
From Hamilton’s perspective, a single-year extension could mean that he is either unsure of Mercedes’ prospects beyond 2021 or he’s looking to win his 8th World Title this year and then walk off into the sunset.
On the flipside, Mercedes, even though they would love to be associated with Hamilton, does not want to entertain his demands of a supposed “veto clause” or the extravagant salary that Hamilton would command. Especially since Hamilton, at 36 is not going to be a long-term prospect, Mercedes might be looking at options for the 2022 season with both Hamilton and Bottas’ contracts set to expire at the end of the season.
Either way, it looks highly likely that the Mercedes-Lewis Hamilton partnership might be coming to an end in 2021. Which would mean that Mercedes would be looking at options to fill what is arguably the most coveted seat on the grid right now.

The two seats at Mercedes are vacant for the 2021 season

He would not beat Hamilton most of the time but would be there to pick up the pieces when Hamilton had an off day. George Russell is the prime candidate to replace Hamilton if he were to leave at the end of the 2021 season. Will Bottas be able to play the same role for Russell?
More importantly, Russell has still not proven himself to such an extent that he should be considered in the same breath as a Lewis Hamilton or a Max Verstappen or a Charles Leclerc. He has to prove himself in a competitive car and produce consistent results. Until Russell has done that, a straight swap between Hamilton and Russell won’t make much sense and Bottas might be on his way out with Mercedes looking at a new team leader in Hamilton’s absence.

Max Verstappen or Charles Leclerc at Mercedes in 2022?

These two have set themselves apart in the last few years with their level of performance and consistency. Both of them are hungry for titles and if you have to pick the rightful heir to Hamilton’s throne it has to be either of these two. Talking about the two drivers it would be foolish of them to not consider a Mercedes drive. Max Verstappen, on his part, was arguably one of the top two if not the top driver in Formula One last year.

The only thing that stopped him from getting the title was the car underneath him. The 2020 season was another year where Red Bull talked a big game before the start of the season only to realize that they had been trumped once again by Mercedes. Red Bull is yet again targeting a championship campaign in 2021. If they falter yet again at the start of the season then Verstappen’s patience might just run out.

The case for Charles Leclerc is slightly different. He loves being part of Ferrari and considers it his goal to bring the team back to its glory days. At the same time though, he needs to be wary of the fact that Ferrari in recent times has been the grave of Multiple Champions in Fernando Alonso and Sebastian Vettel who had the same ambition as he did.

Both the drivers joined the team with a lot of hype only to face unceremonious exits. Ferrari hasn’t looked like a team that could win Championships for a while now and if I was Charles Leclerc’s manager I would be already talking to Toto Wolff about a potential drive in the future. 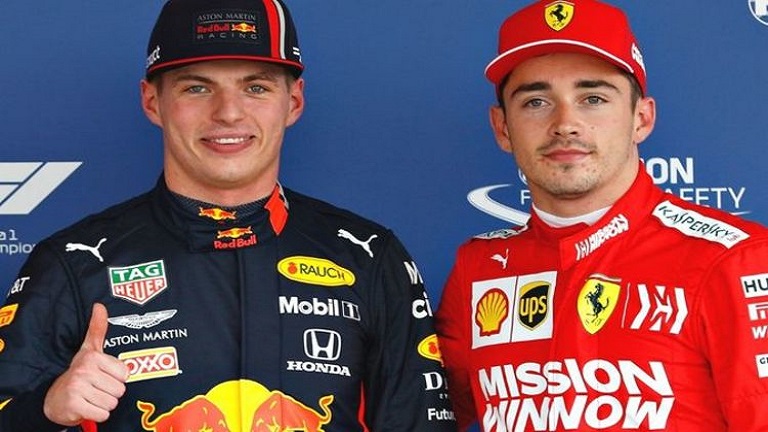