Ciryl Gane picked up the biggest win of his career as he defeated Jairzinho Rozenstruik via unanimous decision (50-45×3) in a Heavyweight showdown. Rozenstruik’s only defeat coming into the fight came against title contender Francis Ngannou, but was unable to win a round against the impressive Frenchman Gane to add a second defeat to his record.

It was a patient first few minutes to begin round one from both fighters, with Gane exercising the jab to the head and body on a couple of occasions but cautious in his approach. Rozenstruik eventually replied with a left hook that had Gane on the back foot for a moment before eating a kick to the body himself. Gane pushed his opponent to the fence to start a grappling contest, resulting in a perfectly timed double leg takedown from the number seven ranked Heavyweight. It was a great way for Gane to end the round and take it 1-0.

The second round started cautious again, with Rozenstruik looking for an opportunity to counter strike and use the power he is known for. Gane was a little more active, throwing some leg kicks and hard jabs to avoid those counter strikes. He was also becoming more comfortable with the pace as he started to combine his jabs and leg kicks to take advantage of his speed. Similarly to the last round, Gane had Rozenstruik up against the fence, leading to a takedown again before looking for a rear naked choke. The number four ranked was wise to it and scrambled away in time, but struggled to impact enough to win the round.

Gane came out for round three with a more aggressive approach, landing with a clean jab and head kick and making use of his clever distance management. Rozenstruik replied by defending a takedown which was followed by a sharp one two punch combination. The pace of the fight slowed down there after, Gane chopping at the leg but both men understandably not willing to commit themselves too much to avoid a fight ending counter.

The penultimate round was very much the same style of fighting from Gane, who well up on points continued to poke at Rozenstruik with jabs and leg kicks. Gane attempted a single leg takedown that was defended, but was happy enough to stay on the feet where he could move in and out of range to gradually pick his opponent apart.

It was stoppage or bust for Rozenstruik heading into the final round, who has shown in the past he has the ability to change the fight in the blink of an eye. However, he failed to find that opening with Gane using more of his grappling along the fence to grind out the win without being in huge danger throughout the course of the contest.

Gane now holds the record for the longest active UFC Heavyweight win streak with five, and was optimistic with the thought of a bout with either Derrick Lewis or Alexander Volkov next in line for him. 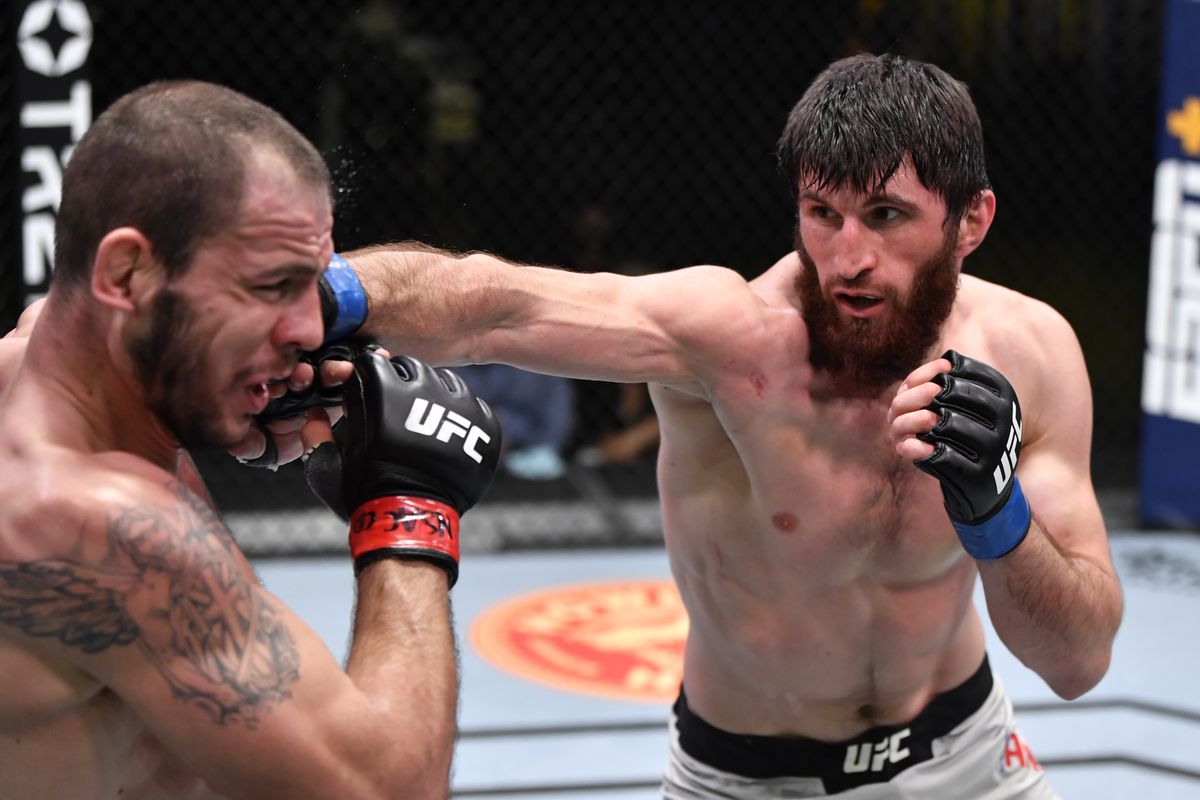 In the co main event, Magomed Ankalaev beat Nikita Krylov via unanimous decision (29-28×3) in the Light Heavyweight division. That’s now six straight wins for the Russian native as he climbs up the rankings and into the top 10.

Krylov used his wrestling skills right away to gain an early takedown against the fence, trapping the leg of Ankalaev to stop him getting back to his feet. Although he showed difficulty in getting there, Ankalaev managed to wriggle his way out and get the fight back to the centre of the octagon on the feet. From this moment, the Russian began to pick his shots and use his power to land multiple clean punches, using feints well to create the opportunity to land. He also attempted a takedown before the horn sound which was defended well by Krylov, keeping the fight right in the balance after five minutes of action.

The start of round two began with both men trading big hooks to the head. Krylov was mixing up his striking nicely as the round went on, but was caught by a rapid head kick in the process. In the follow up, Ankalaev caught his opponent with a flying knee and liver shot that did damage and started to cause problems for Krylov. A close contest on the feet resulted in a perfectly timed takedown by Ankalaev, when a spinning back kick from Krylov failed to land and was punished. Ankalaev was comfortable in the mount position, looking to pull off some elbow strikes, but Krylov held his own and defended intelligently with it all to play for in the final round.

Ankalaev clipped Krylov with a right hook in the first 30 seconds of the third round, setting the tone for a huge final five minutes. He also defended a takedown attempt, wanting to keep the fight standing to utilise his power in the striking department. Another one-two from the Russian led him to clinch his opponent and do work against the fence to prevent Krylov from effecting the pace of the contest. The clinch work resulted in a takedown for Ankalaev, in which he controlled the final round and showcased his strength to earn him the narrow victory. 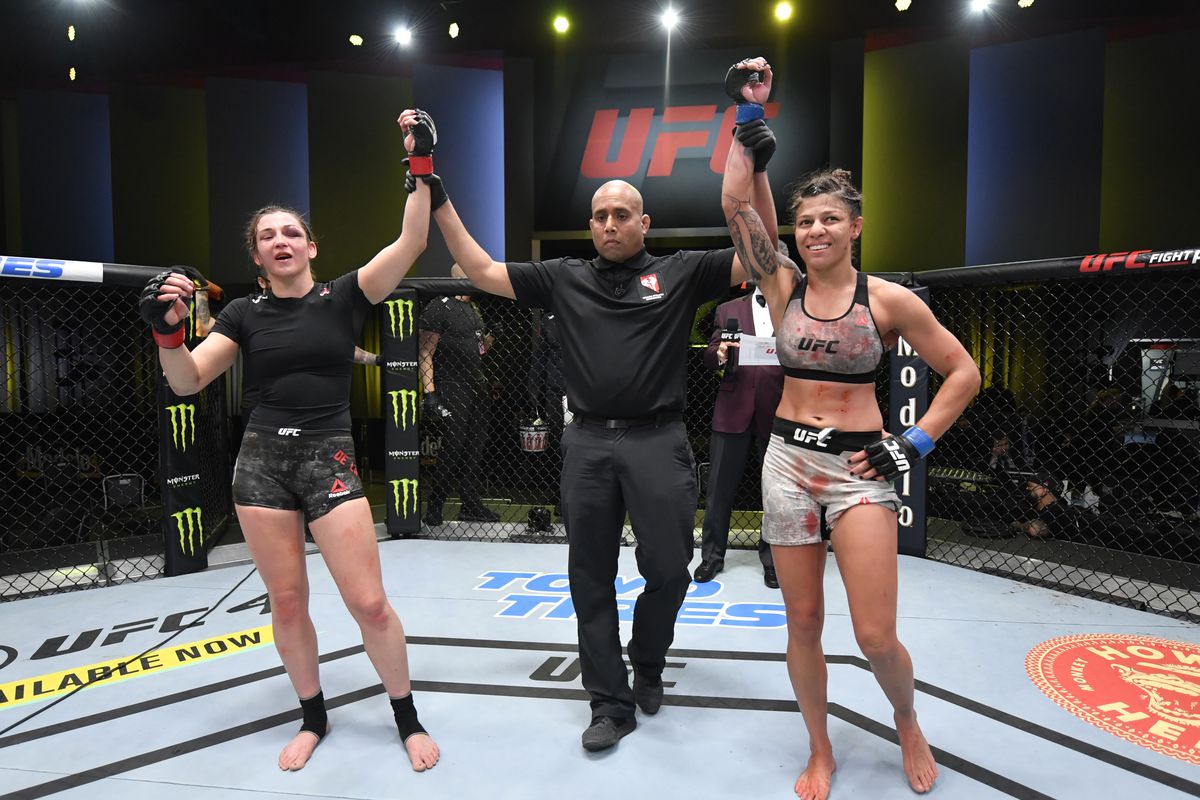 The Women’s Flyweight bout between Mayra Bueno Silva and Montana De La Rosa was decided via majority draw (28-27, 28-28×2). It was the first time a contest had been decided by a draw in the careers of both fighters, but Silva was deducted a point in round one for grabbing the fence which ultimately cost her the victory. This was as a result of De La Rosa’s high level grappling that troubled the Brazilian in the opening round, before the 29 year old was able to swing the momentum her way in the final two rounds with her strength and superior wrestling skills to even the contest.

Pedro Munhoz defeated Jimmie Rivera via unanimous decision (30-27, 29-28) for his first win in two years in the Bantamweight division. It was awarded the ‘Fight of the Night’ performance with a brilliant back and forth on the feet from both fighters making it an incredibly tight contest. Munhoz edged it with the significantly bigger impact his shots were making when landing, as well as showing his jiu-jitsu skills to avoid submission when the fight was brought temporarily to the ground. 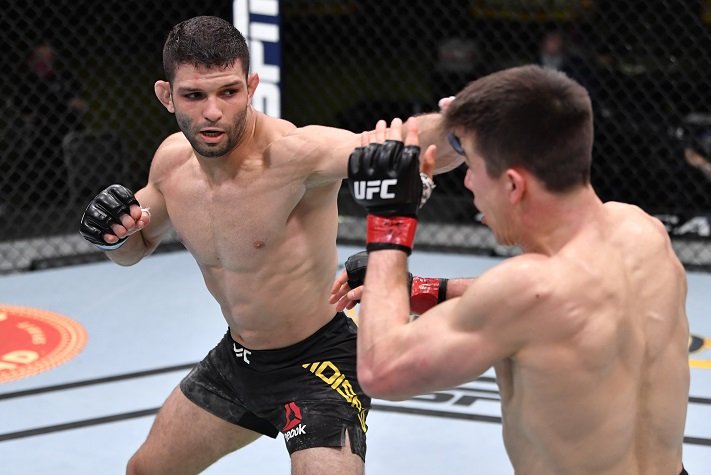 Meanwhile, Thiago Moises beat Alexander Hernandez via unanimous decision (30-27×2, 29-28) for a third consecutive win for the young Brazilian prospect. Moises landed several clean hooks and head kicks during a fight that was contested on the feet throughout. Moises was also doing damage to the lead calf of Hernandez that affected his movement more as the bout continued, where he was able to take advantage and get the job done within the 15 minutes.

The only stoppage of the night came when Ronnie Lawrence beat Vince Cachero via TKO in the third and final round of a Bantamweight contest. It came half way through the round when Lawrence had the back of his opponent, and was able to execute the ground and pound when it was stopped by referee Mark Smith. Cachero found himself in this position when a leg kick dropped him to the canvas, and it proved costly in the end just moments later. 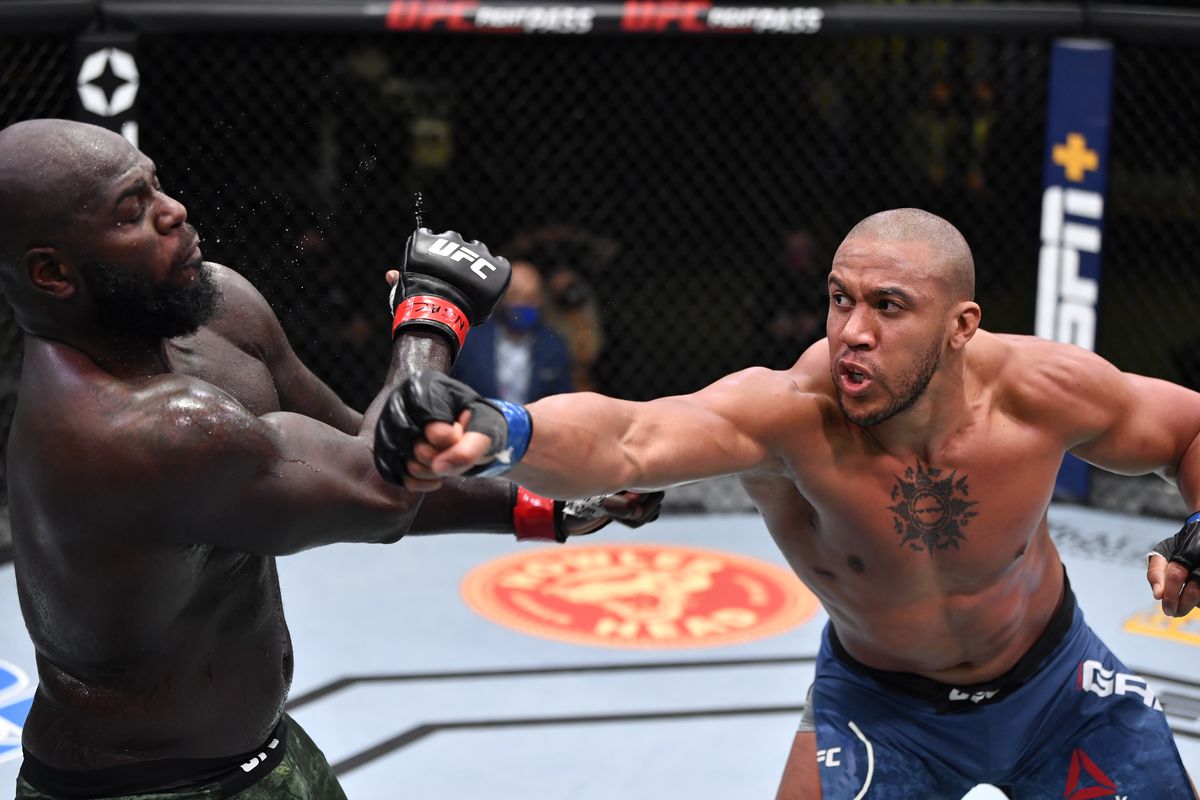