Liverpool midfielder James Milner has hailed the strong character of his teammates for beating a stubborn Newcastle side that put up a “good test” 1-0 in the Premier League on Saturday.

Manager Jürgen Klopp made five changes following his side’s 2-0 Champions League win over Villarreal in midweek, but that didn’t stop them putting on a disciplined display away from home against a resilient, in-form Newcastle.

Naby Keïta, who replaced Brazilian midfielder Fabinho in the away side’s starting lineup, scored the game’s only goal in the 19th minute, playing a one-two with Diogo Jota, before rounding the keeper and finishing coolly.

From then onwards, Liverpool piled pressure onto Martin Dúbravka’s goal, and though they were unable to grab a second, Newcastle rarely threatened their lead.

Liverpool’s win put them back ahead of Manchester City at the Premier League’s summit, but Milner urged his teammates not to get ahead of themselves, especially with the entire squad set to be needed in a demanding run-in.

“When you’re challenging on all fronts, you need the whole squad, and we’re blessed to have a great squad of players, a good mix of the younger guys coming in and pushing everybody on,” said Milner.

“Obviously, everybody’s needed and with every game that’s coming, we’re just keeping that mindset of ‘the same next game,’ every three days recover, and go again.”

Newcastle came into the game off the back of four straight Premier League wins, yet their best efforts to thwart Liverpool’s title efforts were scuppered by poorly-timed runs.

Centre half Dan Burn appeared to have teed up a goalscoring opportunity for Brazilian attacker Joelinton in the 65th minute, but his effort was ruled out for offside.

The same happened in the 77th minute as substitute striker Chris Wood looked to set up Bruno Guimarães, who was unable to beat Alisson with his shot, and chances proved few and far between for Newcastle against a dominant Liverpool side.

Having absorbed Newcastle’s threat, Liverpool changed the game late-on by bringing on FWA Footballer of the Year Mo Salah, who could easily have wrapped things up when clean through in the 90th minute, but he allowed the ball to run to Dúbravka.

Jota and Sadio Mané also had second-half chances to score, with the former proving a consistent threat, and he hit the keeper with an attempted chip after 72 minutes.

But in the end, Liverpool were able to control the ball in the closing stages of what could’ve been a nervy end to the game, something Milner credited to the strong concentration of his side.

“It’s obviously nicer to be in the lead, but one goal is never enough in this league,” explained Milner. “Thankfully it was today, but it’s never enough to relax and anything can happen anytime so I thought we defended well.

“They caused us a few problems, and actually in a few situations we could have done better, but at this time of the season, it’s all about getting that win and moving on.”

While defeat leaves Newcastle in ninth place, Liverpool’s win means they go back top of the table by two points, with Manchester City travelling to Leeds later on Saturday afternoon.

That being said, since beating Chelsea to win the Carabao Cup in February, Liverpool have gone on to set up a rematch in the FA Cup final and put one foot into the Champions League final on Wednesday, potentially placing them well to win a historic quadruple.

However, after the game, Scottish full-back Andrew Robertson questioned how long the pressure Liverpool had applied to City would last, with their rivals set to kick-off a matter of hours later.

“We’ve made five changes today but everyone [performed], I mean look at man of the match Joe Gomez, he’s definitely a class navigator,” added Roberton.

“So it just shows that the lads are coming in and putting on big performances and we need that from now to the end of the season,” he concluded. “We just need to win our games.”

So, what do you think? Can Liverpool win the biggest four trophies in English football this season? Or will Manchester City, Chelsea and co. spoil their party? Let us know in the comment section below. 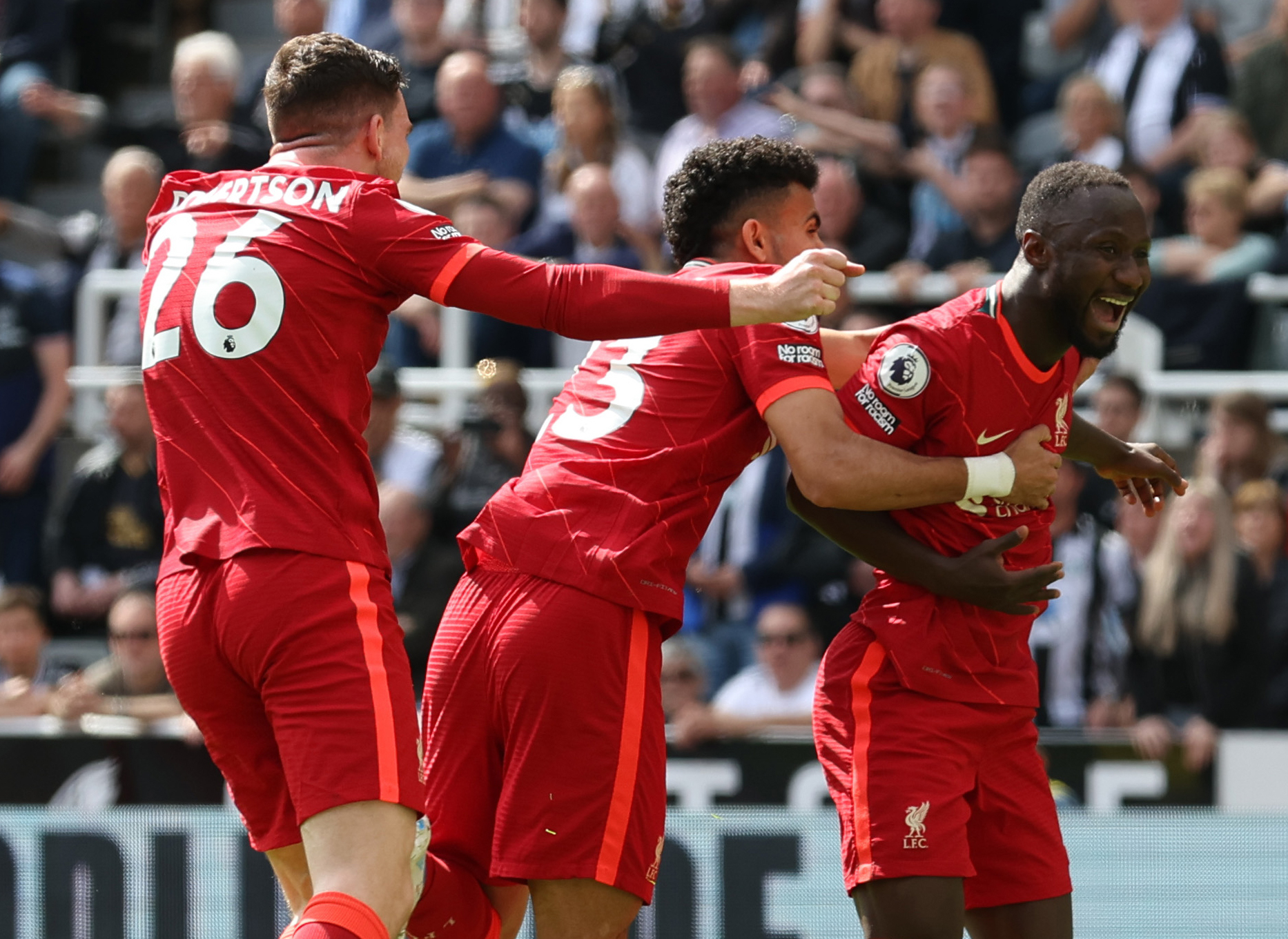