The NBA season has reached the halfway point, which means it’s All-Star weekend. While it may not be the usual All-Star weekend because of the pandemic, that hasn’t stopped the league from putting on its annual extravaganza. While the league may be in break mode, here are some of the scores and highlights leading up to NBA All-Star Weekend in this edition of NBA Roundup.

The Philadelphia 76ers won a high-scoring showdown against the Indiana Pacers in a 130 to 114 tilt. Shake Milton had 26 points, followed by Joel Embiid’s 24 points and 13 rebounds, 19 points from Furkan Korkmaz, and 18 points from Ben Simmons. For the Pacers, Malcolm Brogdon had 20 points and Edmond Sumner with 18 points. Other games included the Brooklyn Nets winning over the San Antonio Spurs 124 to 113, the Portland Trailblazers beating the Charlotte Hornets 123 to 111, and the New Orleans Pelicans winning a close game against the Utah Jazz, 129 to 124.

The Miami Heat hosted the Atlanta Hawks in the second of a two-game series on Tuesday. Though they won the first match, the Heat lost in the second match as the Hawks went to succeed with a 94-80 win. Duncan Robinson and Goran Dragic led the way for Miami with 14 points, followed by 11 points from Bam Adebayo. Trae Young led the way for the Hawks with 18 points and 10 assists, followed by 17 points from John Collins, 16 points from Kevin Huerter, and Clint Capela’s performance of 10 points and 17 rebounds.

The Phoenix Suns won against the Los Angeles Lakers in a 114-104 contest. Dario Saric led the way off the bench with 21 points, followed by 19 points from Mikal Bridges, 17 points from both DeAndre Ayton and Devin Booker, plus 15 points from Jae Crowder. LeBron James led the way for the Lakers with 38 points, and right behind was Dennis Schröder with 17 points.

On Wednesday, the Indiana Pacers prevailed in a close contest against the Cleveland Cavaliers in a 114 to 111 score. Malcolm Brogdon had 29 points for the Pacers, followed by T.J. McConnell’s triple-double of 16 points, 13 assists, and 10 steals, while Collin Sexton made 32 points and 10 assists., followed by Jarrett Allen’s 17 points and 11 rebounds game. The Chicago Bulls knocked off the New Orleans Pelicans 128 to 124. Zach LaVine led the way with 36 points for the Bulls, followed by Coby White’s 25 points and 18 points off the bench from Thaddeus Young.

For the Pelicans, Zion Williamson led with 28 points, followed by 22 points from J.J. Redick, and a double-double performance from Eric Bledsoe with 12 points and 10 assists. The Portland Trail Blazers shocked the Golden State Warriors in a 108 to 106 victory. Damian Lillard and Carmelo Anthony had 22 points each, followed by 15 points from Gary Trent Jr. and Robert Covington. Enes Kanter recorded a double-double with 11 points and 14 rebounds. For the Warriors, Stephen Curry led the game with 35 points, followed by 14 points from Andrew Wiggins, and 12 points from Kent Bazemore.

The Miami Heat won big in the Big Easy against the Pelicans in a 103 to 93 contest. Jimmy Butler led the way with 29 points, followed by an 18 point-10 rebound performance from Kelly Olynyk. Brandon Ingram led the Pels with 17 points. 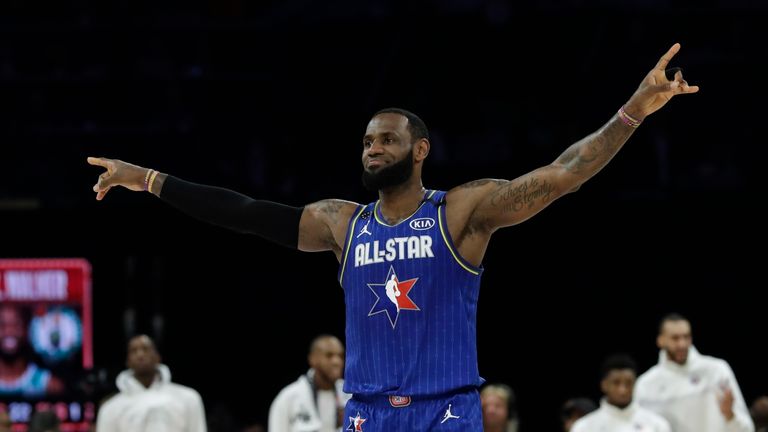