On a record-breaking night for English football, Tottenham were expected to make short work of their opponents in the Champions League but did everything possible to ruin their own party. It wasnt all doom and gloom as Spurs started the game on the front footsomething theyve failed at all season but early profligacy laid the groundwork for their undoing.

Son should have scored when presented a glorious chance and Kane should have played a better ball to Lamela in the box. But what was more disappointing than Lamela giving away the ball in his half was Kane trudging on the turf. The sharpness of last season just wasn’t there.

Kane fired blanks in his first three league games for Spurs but opened his account at Stoke, and the goal appeared to have provided some respite for the young striker; his grin on leaving the pitch was one of relief. He even joked in his post-match interview about not being used to scoring so early in the season. Whatever veneer the goal at bet365 stadium placed over the underlying problem, the performance at Wembley uncovered.

When Kane fired weakly at Subasic following some resilient play by Janssen it crossed the mind of Spurs fans that their prized gem might be out of juice because the striker of the past two seasons would have dispatched that chance with his hands tied and right leg held.

Kane wasn’t the catalyst for the loss, far from it, however he showed little to suggest that he would go on a run similar to last season’s any time soon. And who can blame him for it? Since breaking into the first team in the 2014/2015 season he’s missed just four Premier League games played by Spurs during that period. He was also the only out-and-out striker on Tottenham’s books last season. Not to mention the incessant call-ups by both senior and junior national teams.

There have been warning signs of a burnout but it seems obvious now more than ever that faith must be placed in Vincent Janssen. The Dutchman might not have found the net but his link-up play and work rate bespeak it happening soon.

Pochettino must have the courage to bench his star striker in the coming gameswinnable on paperfor the good of all concerned parties. A burnt-out Kane is nothing but a liability to his team. 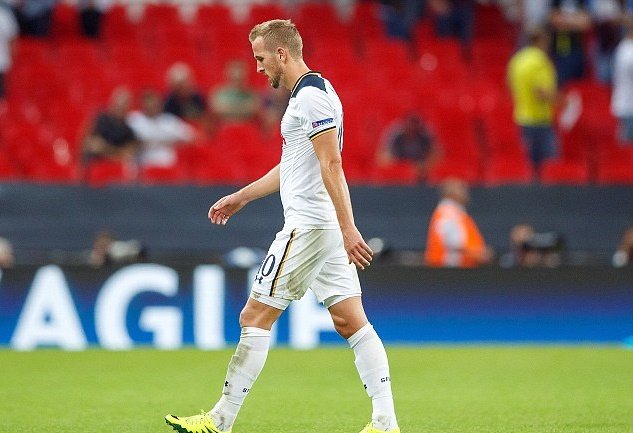