Nottingham Forest lost for the first time at The City Ground this season, getting beat 2-0 by Leeds United, who had recently sold star striker Chris Wood to Burnley for £15 million. Forest’s new signing Liam Bridcutt made his debut against his former club after his £1 million pound move to Forest, he started alongside Andreas Bouchalakis as a defensive midfielder in a 4-2-3-1 formation.

Leeds dominated the opening half an hour having chances at will and cutting through the Forest defence with ease. Ezgjan Alioski was bright for Leeds and was causing Forest problems, as was Samuel Saiz who curled his shot narrowly wide of the top right corner. The visitors broke the deadlock after 24 minutes when Forest were undone by a set piece yet again. Matt Mills’ defensive header fell straight to Liam Cooper who headed the ball to Kemar Roofe who easily headed beyond Jordan Smith to put Leeds 1-0 up. Forest began to get into the game after 30 minutes and could have scored from a set piece themselves but Matt Mills’ header was well saved by Leeds keeper Felix Wiedwald.

The second half saw Forest look for an equaliser, but they were not able to muster any shots of significance. Barrie McKay was a positive in a game full of negatives for Nottingham Forest and looked dangerous going down the wings, but even he was unable to grind out an equaliser. Throughout the whole game Forest only had one shot on target and only had 5 shots overall, as opposed to Leeds who had 18 shots and 4 on target. Ezgjan Alioski put the game to bed in the 87th minute with an excellent drive into the bottom corner of the goal to double Leeds’ lead. Forest were unable to get a goal back and infact could have gone 3-0 down when Stuart Dallas fired a shot across the goal. On the day, Forest were extremely lacklustre and were taken apart by a very good Leeds team who thoroughly deserved the 3 points. 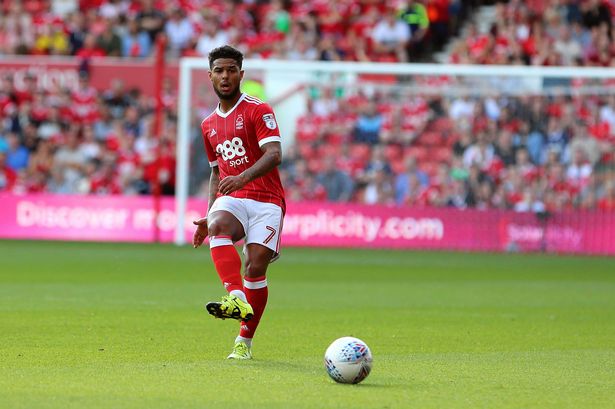