In a piece of shocking news in the Premier League, Wolves have decided to part ways with their Head Coach Nuno Espirito Santo as the Portuguese are set to leave the office at the end of the season.

Nuno Santo will leave the club by mutual agreement and Sunday’s home game against Manchester United will be the last one for the 47-year-old at the Black Country outfit.

During his tenure of four seasons at Molineux, Nuno has to lead the team from getting promoted from Championship as champions followed by back-to-back 7th place finishes in the following campaigns in the Premier League.

This comes as a surprise as he only signed a new three-year deal with the club 12 months ago.

His side became the first Wolves team to reach the quarter-finals of a European competition for nearly 50 years when they got knocked out by Sevilla in the Uefa Europa League Quater Finals. This is what Nuno has to say through the clubs’ official website.

“Since the first day we arrived at Compton, our ambition was to make a positive change and push this football club forward, and I am proud to say that we did that every single day. We achieved our goals, we did it with passion and we did it together.”- Nuno said to Wolves tv

“Firstly, I want to thank the supporters, who have all played such an important part in helping us reach new heights for Wolves, and the people of the city, who embraced us and made us feel at home.

“I, of course, want to thank all of the staff at Wolves, for their support and total commitment, every single day.

“Most importantly, I want to thank each-and-every player that we’ve worked with since the day we started, for their loyalty, their dedication, hard work, and talent. They are the ones who have made this amazing journey possible for us.

“Sunday will be a very emotional day, but I am so happy that the fans will be back in Molineux and we can share one last special moment together, as one pack.”

Wolves executive chairman Jeff Shi also thanked Nuno for his contributions to the club and establishing them as a Premier League club.

“His loyalty and dedication over the last four years has been immeasurable, and we cannot thank him enough for the progress he has made for Wolves.- Shi told Wolves tv

“Sunday was already going to be a very special day, welcoming our supporters back for the first time in more than a year; but it will also now be a fitting goodbye for someone who will forever remain an important part of Wolves history.”

Obviously, the results haven’t mirrored the kind of investment that has been made in the club over the last summer. It a pretty dismal season compared to the high bar they set for themselves following impressive campaigns over the last couple of seasons.

The club is clearly trying to display its high ambitions but I think this could easily backfire them as they are losing a very talented manager, the feat he achieved with the club in such a short period is simply sensational.

There are many factors that lead to this, they have struggled badly due to having injuries and having no quality depth, Wolves sold key members of the squad in Matt Doherty and Diogo Jota.

They also haven’t bought well in the market signings such as Semedo, Silva and Willian Jose hasn’t exactly settled well to the English game, Key performers over the past the likes of Conor Coady, Adama Traore, Neves, and Moutinho have all underperformed severely which has contributed to their struggles also Jimenez injury has done Wolves no favours.

Anyways, fans will be there at the Molineux to give the Portuguese the last goodbye, I’m sure he’ll receive a warm reception from the fans. He’s definitely one of the best managers the club has ever had and his tenure at Wolves will be considered as an indisputable success.

Who will be Nuno Santo’s potential successor at Wolves?

Wolves are unlikely to rush into an appointment and it could take up to 3-4 weeks for the appointment of the new manager.

It’s clearly a tough task for Wolves to find an apt replacement for Nuno as He is the creator of the whole structure and setup at the club. His connections with Mendes and entice to bring Portuguese talents to the Molineaux has been a successful strategy for them over the years which contributed heavily to the club’s rise.

He allured the young talents the likes of Neves, Semedo, Adama Traore, Silva, Jota, Neto, and Podence all came to the club due to his influence. They all will be considering their futures at Molineux.

So the manager must be of Portuguese origin Vitor Pereira, Rui Faria, and Bruno Lage are all amongst the potential names thrown out there who can take over at Molineux next season. While Rafa Benitez and Paolo Fonseca are also in the mix for the managerial position.

I predict Fonseca to take charge ahead of the next season, he’s Portuguese, free agent as he will leave Roma at the end of the season, his team played some wonderful attacking football at the start of the season, there are many things pointing in this direction.

Let me know who’s the apt coach available in the market who you think will be a perfect fit for Wolves.

Where next for Nuno Santo?

Apparently, Tottenham is also looking for a quality manager after they have sacked Mourinho last month and they are also believed to be “monitoring” the 47-year-old’s situation in the past. He was one of the potential candidates to replace Pochettino but Spurs eventually went for Jose Mourinho.

The other managers linked with the Tottenham job are Erik Ten Haag and Graham Potter both would require a considerable amount of transfer fee for any possibility while on the other hand,  Daniel Levy can get Nuno Santo in a hassle-free way as he will not be associated to any club a few weeks later.

But football.london claims that Daniel Levy has clearly stated he wants someone who plays an attacking brand of free-flowing football and embraces the academy talent alongside experienced ones.

Anyways, it would be an interesting story to follow up. Do let us know your opinions in the comments, polls and Forums sections. 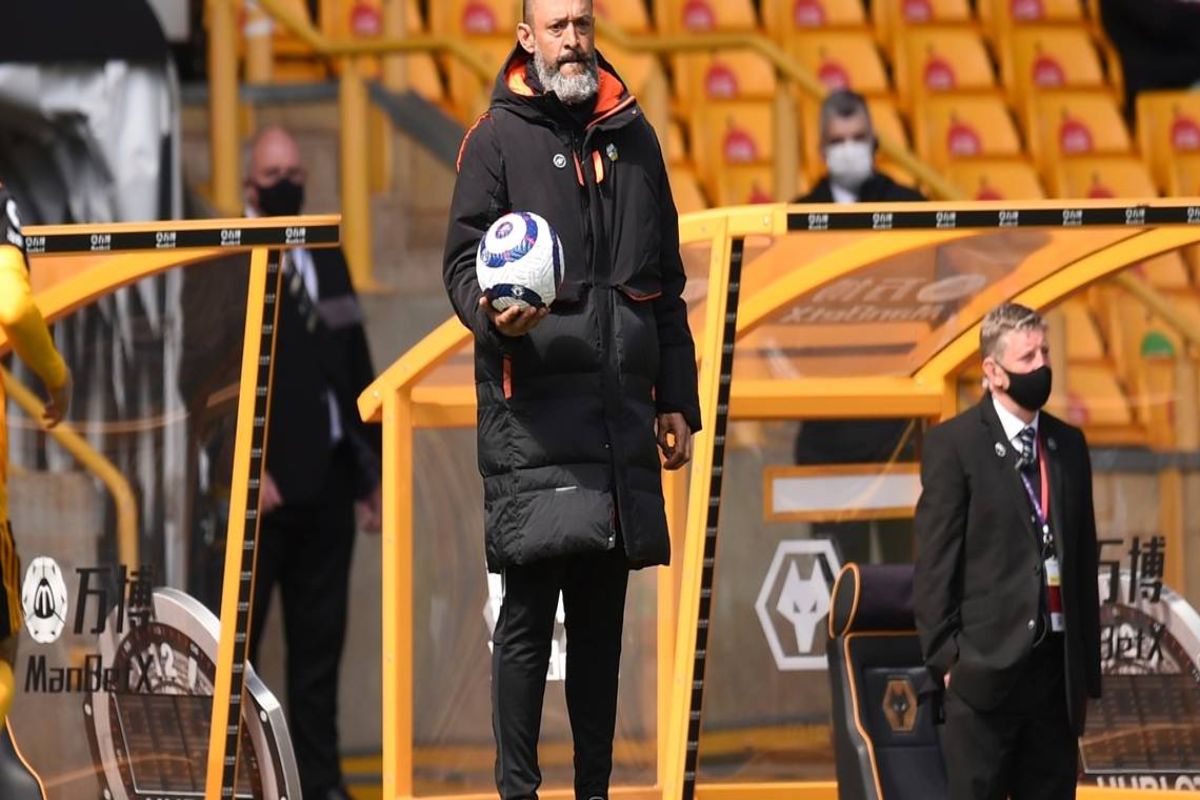