“It is hard to imagine a more stupid or dangerous way of making decisions than by putting those decisions in the hands of people who pay no price for being wrong”. So said Thomas Newell, the economist, words which now seem awfully relevant to the selection panel for England’s 2017/2018 Ashes squad.

Mick Newell, Angus Fraser and James Whitaker (chairman of selectors) were the men tasked with choosing England’s latest cricket team to face Australia. In the two years preceding this most important of tours, their picks have seemed to raise more questions and doubts than answers.

Before Mark Stoneman made his Test debut in August, eight other batsmen had made their England debuts since 2015. Only one of those eight averages more than 28 in Tests (Haseeb Hameed, 43.80). Whilst James Vince and Dawid Malan, who both average under 25, will be given a chance to remedy that this winter, the others have been consigned to the ever-growing scrapheap of batters unlikely ever to be seen again in the highest form of the game.

James Vince only averaged 33 in the County Championship this year

The questionable picks are not only limited to the batsmen, however. Toby Roland-Jones has undoubtedly been a success but before that three spinners were welcomed into the fold. Between them, they share only 16 Test matches and their bowling averages are some way short of what is considered “decent” by international standards – Rashid (43), Ansari (55) and Dawson (43).

The quicks have not fared much better, with Chris Jordan (36), Mark Wood (41) and young Jake Ball (114) all so far failing to hold down a regular place in the team.

Going back to Gary Ballance in 2014, it seems remarkable that of the last 22 cricketers to make their debuts in this format for England, only four are likely to start the opening Ashes match next week at the Gabba. Although injuries may have played their part, it could also be said that Vince and Malan are more than fortunate to be getting an opportunity. These figures do not suggest that the selection trio are getting it right.

So are the selectors facing a distinct lack of accountability? Whittaker, Newell and Fraser had all been in their roles at least a full year before Andrew Strauss was appointed director of England cricket in May 2015. These are not men that Strauss has chosen to fulfill the role. It begs the question, much like when Juvenal asked “Who will guard the guards themselves”, Who selects the selectors?

As England prepare to face Australia with perhaps the most unsettled Ashes team they’ve had for many years, who should face the flack if things go pear-shaped down under? The players of course are likely to face some uncomfortable truths in the press and head coach Trevor Bayliss will be scrutinised. But perhaps questions should be asked of the three whose job it is to actually pick the players who must go into battle next week. “Outstanding individuals” they may be, as the director of cricket described them, but also individuals who one week shy of the first Test have left England, as Strauss continued to say, without “absolute clarity on what our best XI is”.

Have the right decisions been made regarding England’s batsmen? 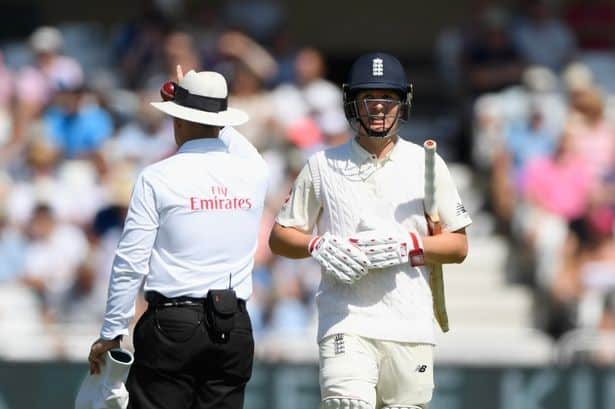