It’s been 3 days since Arsenal’s 2-0 win over Leicester City in the Premier League which saw them go 5th and 3 points of top 4 to cap off a good week for the Gunners. But, while this past week has shown positives for Arsenal going forward, Arsenal fans still need to proceed with caution regarding Arteta.

While I’ve been impressed by Arsenal performances this past week, I still can’t personally say I am fully behind Arteta, of course, want the man to succeed considering he is at the helm of my beloved club but while these recent performances invoked the emotion of hope in me they also made me extremely frustrated.

As a fan of Arsenal, my problem with Arteta which has been evident since last season is that he not only that he has a massive ego but also that he is stubborn. This along with the fact he never once seemed fearful of losing his job was extremely worrying for me as anyone who persists with a formula that has been proven to fail multiple times simply cannot be trusted for the long term.

For the majority of last season and this current season, Mikel Arteta’s Arsenal’s identity has been a question for the fans causing confidence in his project to wain. While in recent games Arsenal have played with much more personality and been able to execute an effective and consistent game plan, my problem remains that all these performances show is that this current team and Arteta has always have had the capacity to do this.

I have seen some fans of Arteta on social media say the reason for our ‘inconsistent’ performances is due to the young side (such as Emile Smith Rowe) and also that these types of performances were always Arteta’s plan I find these comments to be extremely disingenuous and reactionary and dislike them solely because it shifts rightful blame from the manager. We, as Arsenal fans, can be positive without being delusional and we need to continue to be critical when need be.

Arteta’s first season at Arsenal was a decent one for a manager as green as himself he managed to give Arsenal a new refreshing identity and a style of play that fans had a right to be confident in. The FA Cup run and the Community Shield performance showed this and made us believe that style of play could lead us to real glory if we had the right pieces.

We built from the back and looked confident while doing it for that short period of time and the plan was clear. Yet last season with a better squad, we somehow regressed under Arteta playing boring, stale and restrictive football which leaked over into the current season playing with a severe lack of creativity and poor game in game management for the majority of games.

This has honestly not changed until recently as even though Arsenal are on an 8 game unbeaten run, the performances have been extremely underwhelming for the most part. We are not yet where we want to be so until then we fans need to remain level-headed and truthful and cross our fingers that these performances continue as they are undeniably encouraging. 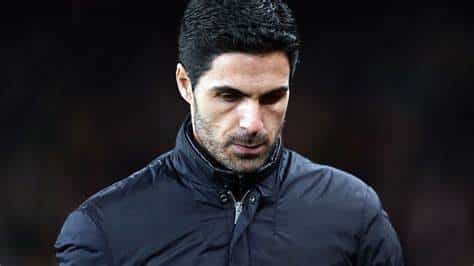