Reading have sacked Steve Clarke after just under a year in charge, following their 1-0 defeat to QPR last night after conceding in the 90th minute.

The news comes just two weeks after Clarke held talks with Championship rivals Fulham over a possible move there. However he eventually decided to stay at Reading, stating he felt it was the better option.

The talks with Fulham seem to have lost Clarke the support of many of the Royals loyal supporters and the team were booed of the pitch last night.

Assistant manager Kevin Keen will also be leaving the club, while Under-21s manager Martin Kuhl will take temporary charge of the first team.

Clarke leaves the club 9th in the Football League Championship, having only picked up one win in the last eight games.

Last season he led the club to an FA cup semi-final but leaves with a record of 13 wins in 43 league games.

In a club statement, Reading said: ‘The board of Reading Football Club have this morning relieved Manager Steve Clarke of his duties,’

‘The club met with Steve in person earlier today and we would like to place on permanent record our thanks to him for his hard work and diligence since his appointment in December 2014.

‘Following Thursday night’s defeat at home to QPR, added to a recent run of poor form which has seen the team pick up just one win in the last eight Sky Bet Championship fixtures, the board feel that a change in manager is now necessary.

The early favourite to take over at the Madejski Stadium is Nigel Pearson, while former Reading captain and current Bradford City boss Phil Parkinson is also in the frame. 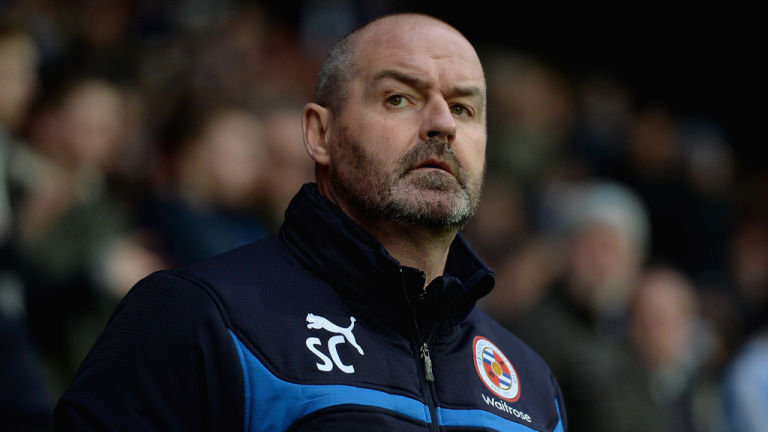