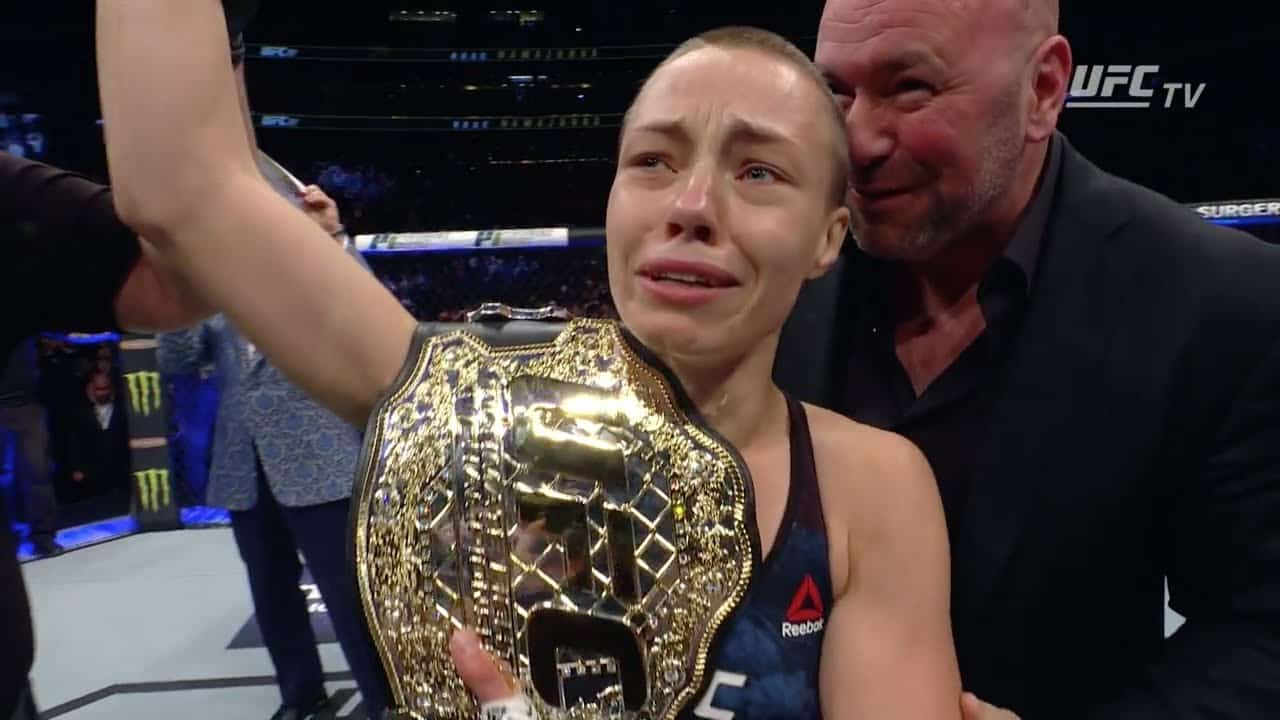 Turns out Namajunas was waiting until fight night to make her noise. The straw weight No.1 contender, now champion; stunned the MMA world with a first round knockout of the previously undefeated Jedrzejczyk on Saturday night at Madison Square in New York City.

Round one begins: Rose lands a good low kick to start. Jedrzejczyk fires back with a left hand. Rose counters with a right.She seems to be very comfortable early. Joanna fires off a nice combination. Rose avoids any significant strikes and then drops Joanna with a gigantic right hand. She jumps on her and immediately moves to mount. Joanna is taking some shots but works her way back to her feet. Joanna gets free and circles out. Rose catches her with a right hand and drops her to the floor. She jumps on Joanna and forces her to tap out to strikes at 3:03 to claim the belt at UFC 217.

Namajunas fought for the inaugural straw weight belt in December 2014 in just her fourth official pro fight and lost to Carla Esparza. She’s 5-1 since and now has five career submission victories.

I'm a proficient sports writer who has a passion for writing. Creative blogging and content writing ...
0