Ex-F1 driver Nikita Mazepin (23) in an interview with Stephen Sackur from Moscow described the sanctions as “cancel culture against my country.” He did not go as far as denouncing the conflict but did say “it is painful to watch on my levels.” It was clear from the interview the Russian feared openly speaking out in opposition to the ongoing war in Ukraine.

While he did say that now is not the time to challenge these sanctions, he made it clear that they were unjust and part of Cancel culture, a phrase that many athletes and celebrities have used in the past.

In this article, I will maintain that whilst Cancel Culture is rife in the world, this does not fall into it, the EU is sanctioning Russian oligarchs and individuals who have contributed to Putin’s grasp of power and Dimitry Mazepin and his son fall into this category.

As far as being sacked from Formula One, he didn’t warrant the seat without the sponsorship from Uralkali anyway, finishing 21st in what is traditionally a 20 driver season. Furthermore, his actions before even entering F1 (dangerous driving in F2 and alleged groping of a female ‘friend’) and aggressive behaviour towards Callum Ilott, when they were driving in Formula 3.

All of these incidents have made the Russian driver a controversial figure in the sport but these latest comments have pushed the bar to a more sickening and grim level.

What actually is ‘Cancel Culture’ and why does this not fall into it?

In essence, it is the process of calling out athletes or celebrities for their actions and thrusting them out of the public spotlight as a result.

‘Cancel Culture’ has been seen as rather toxic by people as it preys on calling out people for mistakes that would not be punishable if they were not in the public spotlight. This mostly includes offensive tweets dug up from five or six years ago.

Most of the attention is brought to changing attitudes over time, famous figures such as Winston Churchill, due to his racist views. While racism is abhorrent, we must remember values were different (not right but different) and to ignore all the good acts of a person for trait that was common generationally is not helpful or useful to observing our history.

Many of these celebrities or figures make mistakes are ostracised for life as a result, it is a toxic trend, we must be able to hold athletes (like Ollie Robinson: https://www.theguardian.com/sport/2021/jun/02/ollie-robinsons-england-debut-marred-by-emergence-of-racist-and-sexist-tweets, be held accountable without ruining their lives for it.)

Why is this different? (Russia in Ukraine)

Nikita Mazepin is the son of wealthy Russian business-owner Dimitry Mazepin. Dimitry owns the company Uralchem, a fertiliser producer and exporter. Mazepin Snr is a Russian oligarch known for holding meetings with Putin and this was the reason for why Mazepin Jnr became the 732nd person sanction by the EU.

The situation in Ukraine as made it impossible for Mazepin to compete in F1 and for Russia to be a part of F1, read the article below to see why.

For the same reason the EU had to punish Russians involved with Vladimir Putin, in order to isolate Russia from the rest of the world economically and socially. By targeting the wealthy and influential the hope is that they would become disillusioned by the invasion and try and sue for peace.

This has been seen through the response of Chelsea owner Roman Abramhovich, who has been a prominent figure at peace talks between the two sides. Mazepin, in contrast, appears to be playing the victim in this situation.

A man who is only in the support because of the wealth is father has, which is based on co-operation with an autocratic leader, who has sanctioned an invasion of a neighbour in order to ‘rid genocide’ by committing mass genocide on Ukrainian civilians.

Furthermore, millions of Ukrainians have been displaced due to this war, a war that was started and caused by Russian aggression, the fact that Mazepin is not directly involved is irelevant, Russia have been kicked out of the World Cup by withdrew their appeal two days ago.

Many Russian athletes have accepted the responsibility of their nation’s actions with Andrey Rublev (Tennis World Number 8) making is support clear with an act of solidarity after a win in the Dubai open semi-final. In addition, Feder Smolov (a Russian Footballer) spoke out against Russia and its invasion in February.

It is in my opinion, that Nikita Mazepin would have far more success in condemning the actions of his country as they continue to destroy civilian buildings in a farcical excuse of a ‘just war’ than complaining that he and his fellow athletes are being unfairly sanctioned.

What have we learnt from Mazepin’s tasteless comments?

Most people are cancelled for offensive tweets or a controversial view on sexuality or gender, this does not fall into the same category. his case in particular is due to the close links of his father to a elected autocrat who is hell-bent on restoring Eurasia and destroying everything that is in his way.

To compare this to ‘Cancel Culture’ is insensitive and uneducated and should probably teach news outlets to stop giving this entitled driver a platform.

2. He would get more support if he admitted the links to Putin were wrong

This interview has been more damaging than beneficial for the Russian driver, the response on social media has been extremely negative for the Russian driver with most pointing out that his ignorance to the victims in Ukraine, by coming out complaining at the sanctions, is the move of a man who has no future in Motorsport.

As soon as you think Mazepin has turned a corner, or couldn’t sink lower, he is trying to excuse the links of his father to the murderous Vladimir Putin and state that Russian athletes shouldn’t be cancelled for the attrocities commited.

Whilst it is not them directly killing Ukrainians men, women and children to have Russian athletes competing at the highest level of their sport and all the prestige that comes with it would send out the wrong message in the world’s solidarity with the oppressed people of Ukraine.

3. F1 were correct in banning him

As a direct link to the last point, in not be accountable and claiming he is a victim of this war, it shows the FIA and Haas F1 team made the correct decision in expelling the disgraced driver from the sport.

While F1 has a long way to go in truly being able to say they ‘race as one’ (see the above article on F1 and the Middle East), they made the correct decision and validated decision in banning him.

When many other Russian athletes have risked their safety by calling out the war, he does not do so and hides behind a blanket statement for peace. Unfortunately Mazepin, your family and business links have contributed to this war and by refusing and falsifying this you are showing that F1 is much better off without you. 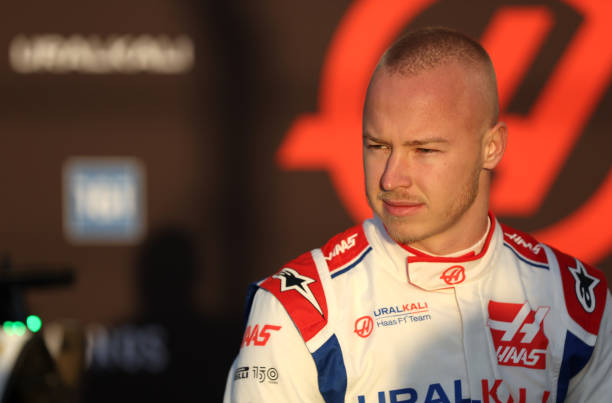