Ryan Blaney was a healthy length behind Martin Truex Jr. and Jimmie Johnson who were fighting to win the final race of round one on Sunday and in a comfortable third. Johnson tried to dive inside and pass Truex with a couple corners to go. It didnt end up working out for Johnson as he ended up spinning out and collecting Truex in the process, the opportunity was on a plate for Ryan Blaney, and he didnt disappoint grabbing the win with McMurray followed closely behind.

Jimmie Johnson took a huge risk,as he blew a shot at qualifiying for the next round with that late move. Johnson’s eight-place finish knocked him out of the Chase, had he finished behind Truex,hed be going to the round of 12.

“I knew where I was on the math,” Johnson said afterward about his points situation.

“I didn’t think that I was going to crash or spin trying to overtake him like I did. I thought I was making a calculated move and giving myself the chance to win.”

A wreck between several lead drivers including Brad Keselowski and Kyle Larson brought out that final restart with six laps to go.

“I knew where I was on the math,” Johnson said. “I didn’t think that I was going to crash or spin trying to overtake him like I did. I thought I was making a calculated move and giving myself the chance to win and unfortunately it didn’t turn out that way.”

“I don’t want people to look at it as, ‘Oh, you just won because the two guys wrecked,'” Blaney said. “That’s what it was, and you don’t want to be kind of overjoyed about it. You have to have some pride in it, I guess, it’s a weird feeling. I hate using that ‘undeserved’ word because we deserved it because we put ourselves in that spot. But it’s just a different. I’ve never won a race like that before.”

Larson and Almirola advanced, by picking up which ended up being very much needed points on the final lap. Eliminated along with Johnson,Austin Dillon, as well as Joe Gibbs Racing teammates Denny Hamlin and Erik Jones.

Blaney had been dangerously close to the cutoff line most of the race and quite surprisingly wound up the winner with an automatic berth into the next round of the playoffs.Ford looks to be in a comfortable spot at the moment,with seven of the final twelve spots spoken for going into next weeks race.

The second round starts off next Sunday at Dovers infamous Monster Mile. 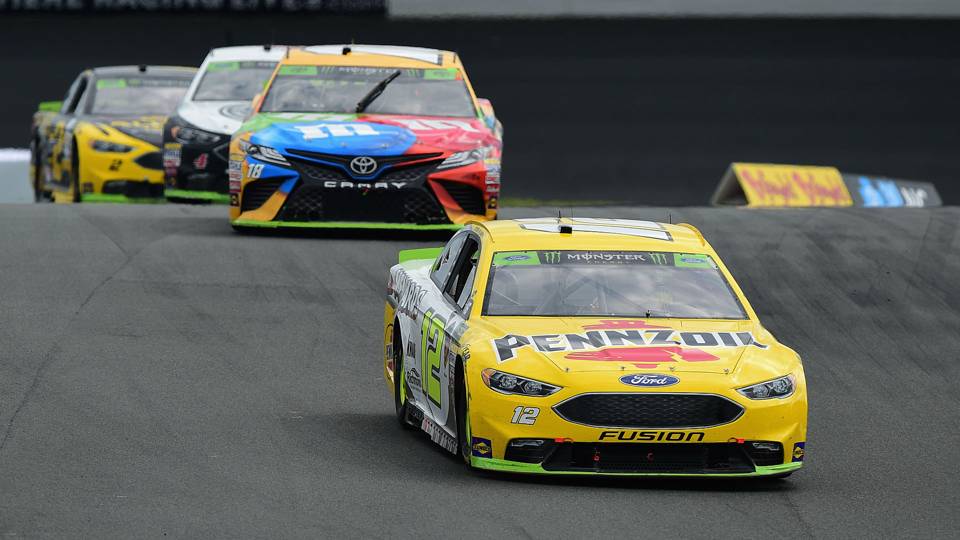