After Scott Parker became the fastest sacked manager ever in Premier League history (in terms of date into the season), Thomas Tuchel joined in at the proverbial manager’s job centre after a shocking 1-0 defeat against Dinamo Zagreb in Croatia. While both managers had their issues the news was necessarily a forgone conclusion.

Despite embarrassing results, Bournemouth losing 9-0 to Liverpool, both have shown promise at their respective clubs and may judge their sackings as harsh. The main takeaway is the collapse of confidence in the players with Parker saying “we are unequipped” to be at this level in his post-match interview. Tuchel said of the defeat last night that “everything went wrong.”

In this article I will examine why they were sacked and give my opinion on whether the sackings were deserved, giving my opinion on who should be the next Chelsea manager before looking to who could be next on the managerial merry-go-round.

Scott Parker has widely been regarded as one of the most promising managers in English football after achieving promotion to the Premier League in his first full season, after taking care-taker charge (following the sacking of Claudio Ranieri).

They had missed out on automatic promotion by two points, but in a Covid-interrupted season, beat Cardiff City in the play-off semi-finals before beating Brentford at Wembley to secure a return after one season out.

Scott Parker would ultimately fail to keep Fulham up the following season but his side was no press-over against some of the biggest sides in the league. This included taking four points off Jurgen Klopp’s Premier League holders, Liverpool (including a 1-0 win at Anfield, being the last team to beat the Reds at home in the league to this date), they also drew against Arsenal (the same day as the infamous Super League was announced) and drew to Tottenham Hotspur and Manchester United.

The relative success of his side saw him linked to Tottenham but he stayed with Fulham until the end of the season.

This was when he took over the Cherries job, after leaving Craven Cottage by mutual consent. He impressed again as he finished second to return Bournemouth to the Premier League (two seasons after they were relegated). This was all done with a net profit of £12 million, after letting Danjuma leave and signing players for cheap, such as key striker Kieffer Moore.

He also had great success getting the best out of Dominic Solanke with the striker (low on confidence after a poor time at Liverpool) scoring 29 goals, only behind the record-breaking Aleksandr Mitrovic.

They finished only two points behind his old club, Fulham and would have been expecting to be back in the transfer window but he was bitterly disappointed.

Despite making a profit in the previous season, Maxim Demin and the directors did not back Parker with the funds he would have expected. Bournemouth spent only £24 million (compared to £55 million by Fulham, and an eye-watering £146 million by Nottingham Forest) on two players.

The Cherries were shrewd with free signings bringing in experienced and ex-Barcelona keeper Neto, former West Ham full-back Ryan Fredericks and Joe Rothwell. This did little to convince Scott Parker that they were equipped and neither did a 2-0 win against Steven Gerrard’s Aston Villa on the opening day.

The defeat was expected but not the nature, Liverpool was brilliant but the Bournemouth players looked void of any fight or confidence and Parker’s post-match comments would have knocked any they had left completely out.

Had he not said those words he may still be in a job but it was clear that he was sending a message to the board and if even more clear that the two had two different ideas for the club. Ultimately, the board decides who the manager is and made the decision to sack the former West Ham, Tottenham and Fulham midfielder.

With that being said, were they right to do so?

The results have certainly looked to justify the decision as they followed up conceding nine by keeping a clean sheet against Wolves. They looked to be falling back into the old tarp against Nottingham Forest but an inspired comeback showed a new level of confidence and must have made the players feel more equipped and the board feel better.

This is especially important as Nottingham Forest spent over six times the amount of the Cherries as Bournemouth look to have a sustainable business model.

In short, I think the relationship between the manager and players was gone as soon as the word “unequipped” was mentioned because no player will want to play for a manager who doesn’t believe in them. The board made a strong decision and only time will tell if it is enough to keep them in the league.

That is the number of days since Chelsea lifted the Champions League in Porto and Tuchel was thrust into the Chelsea record books.

So what went wrong?

There are a few things that stick out and I will go through them now.

-> Poor start to the season

-> Bad form of his players

Did Tuchel deserve to be sacked?

It does seem very similar to Scott Parker, both were sacked after a humiliating result but had credit after success in previous seasons. Chelsea backed Tuchel with £100 million and a feel that is a big point.

Thomas Tuchel has been backed and not delivered so far and on the face, it looks deserved but his team is still needing to gel (particularly the new defence) and I believe he would still do a good job.

However, if the board have a long-term plan in place then it would be right to set that in motion before any more confidence-knocking defeats because as long as Tuchel is the manager then they are expected to win trophies. A new manager means a fresh start and should give the players more freedom in a new system.

Overall, like with Bournemouth time will tell but Chelsea probably needed a clean break and a new manager may take the pressure off an underperforming side.

Who should replace Thomas Tuchel?

Only two real names have been considered but I will suggest three that may make a good appointment.

+ The ex-Tottenham manager is a ‘free agent’ after being sacked by PSG in July so would not have to be prised from another club and would cost less up-front.

+ He has Premier League experience at a top-six club and experience in the Champions League (which Graham Potter does not).

+ He has finally broken his trophy duck after winning Ligue 1 with PSG and this would be key as Chelsea are a club that is known to win trophies.

+ Poch has a good record for developing players, with Harry Kane, Dele Alli and Kieran Trippier developing into quality players under his stewardship and given Chelsea’s famous Cobham academy, his proven track record for trusting the youth would be a huge plus.

+ Worked miracles on a small budget when Spurs were building their new stadium, making the Champions League final.

-> Underperformed in the Champions League with a stacked PSG side and got knocked out of the French Cup despite having the best and more expensive side in France.

-> Has been known for being great at the journey part but not the final destination (finishing 3rd and 2nd with Spurs in the Premier League.)

-> He May be seen as in a downward trajectory in terms of his career, he may have already peaked as a manager (unlike Graham Potter who looks like he is on the up.)

> Could be a good appointment but definitely only if Graham Potter does not sign on the dotted line.

Whilst Marcelo Bielsa and Brendan Rodgers have been thrown out as names, you would rather take a manager who has won multiple Champions Leagues as opposed to managers who have or may be sacked because of relegation threats.

Zidane would be a far cry and is backed by Paul Merson to become the new manager.

Jamie Carragher has challenged whether Graham Potter will be probably backed and that Chelsea’s ‘new route’ of hiring a coach instead of a manager and Zidane would fit the profile of the club.

Out of the three options, Zidane feels like the most Chelsea appointment as they usually hire high profile managers with proven track records and you can’t question the cv of the Frenchman (unlike the other two obvious options).

Zidane himself may be unlikely to join as he rejected Manchester United but Chelsea may be the right club to tempt the Frenchman back into management.

Who is the best option?

Who is next for the ‘Sack Race’?

The ex-Liverpool and Celtic manager (amongst other clubs including Swansea and Reading) has not been backed and lost Wesley Fofana to Chelsea and Kasper Schmeichel to Nice. They did well to keep James Maddison, Youri Tielemans and Harvey Barnes but look like a stagnant side.

With Scott Parker available, Leicester may pull the trigger, especially if they lose to Steven Gerrard’s Aston Villa on Saturday.

He is a man in trouble and needs his key players to start firing.

Much was expected from the former Liverpool man when he took over at Villa park but he has underperformed and has lost 16 of his 33 games as Villa boss. They have been very poor defensively and he had to go back on his decision to drop captain Tyrone Mings, which further undermines his role.

Villa was quick to sack Dean Smith last season and Gerrard does not even have the excuse of losing Jack Grealish. Whilst they were much better against Manchester City, this result may count for very little if they fall into the relegation zone on Saturday.

His 0-0 draw with Liverpool was celebrated like a trophy for the Blues who have had very little to cheer about in the last 12 months and had the result been similar to Bournemouth’s game with Liverpool then Frank Lampard may have followed his former England midfielder.

He was rather fortunate that Leeds and Burnley were very poor last season and that Everton picked up form at just the right time last season and after losing Richarlison, you could be forgiven for thinking he may be given a bit of leeway.

However, Everton has big plans (including a new stadium) and will need to become a more consolidated Premier League side to justify such a huge move.

Lampard will also be without key man and England keeper, Jordan Pickford (who won man of the match against Liverpool), who is out for a month with a thigh injury. The next games include difficult matches against Arsenal, Tottenham and Manchester United and should they fail to distance themselves from relegation he may be in trouble.

Could be more safe 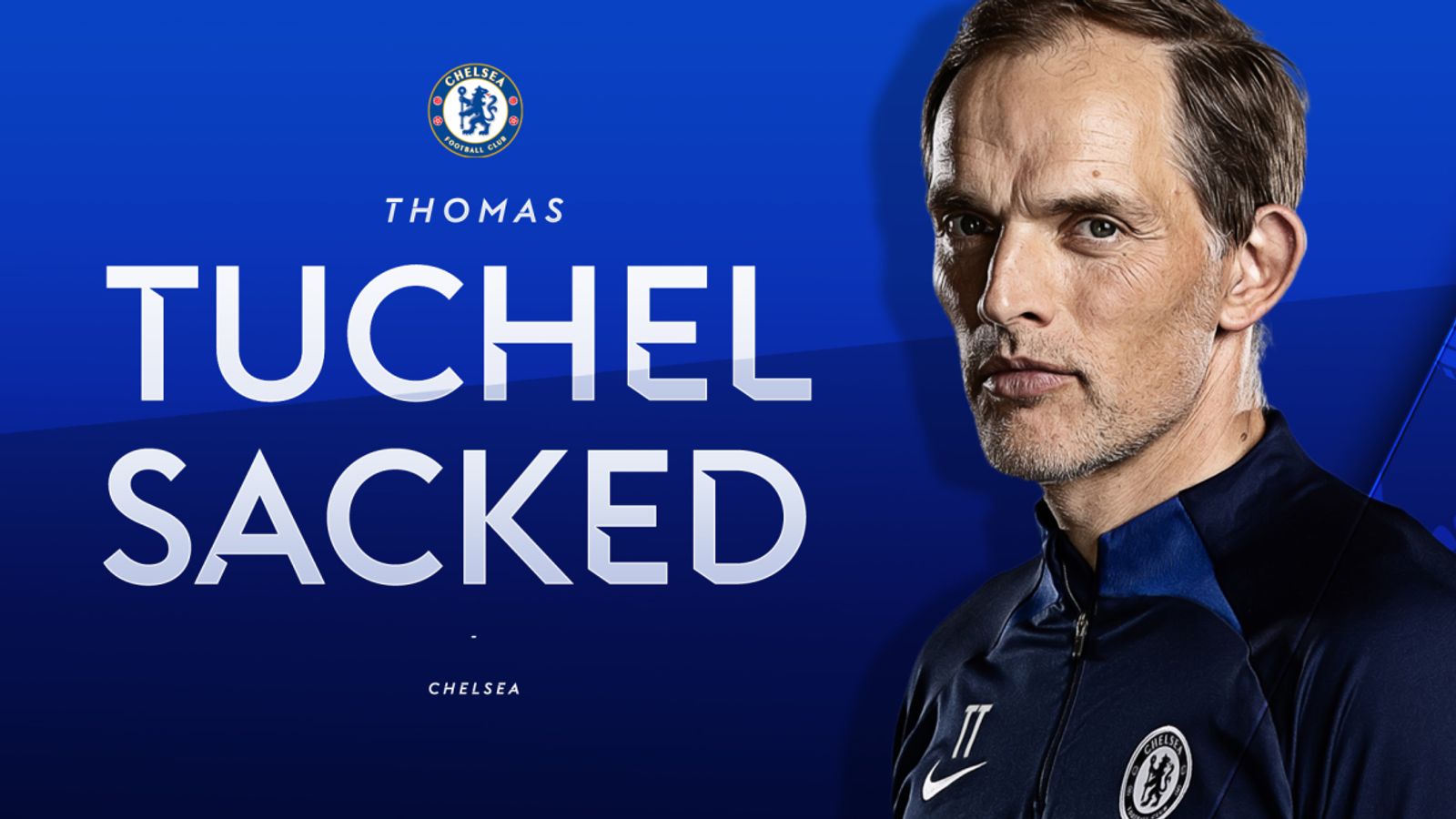