Today is a day that National Hockey League players and fans will never forget. In an interview with Ottawa newspaper Le Droit, the dexterous and skillful centre Daniel Briere has informally announced his retirement from playing in the N.H.L. Briere has retired at the age of 37.  Daniel will be in Philadelphia tomorrow to officially announce his retirement.

Over the duration of Daniel’s seventeen year career playing in the National Hockey League, he is responsible for tallying 307 goals along with 389 assists. Briere is a two-time All-Star in the N.H.L. Originally drafted by the Coyotes with the 24th pick in the first round of the 1996 N.H.L Entry Draft, Daniel has since worked his rounds playing hockey for the best hockey league in the world. Briere enjoyed playing for the Sabres, Flyers, Canadians, and Avalanche in addition to the team who drafted him, the Coyotes during his incumbency in the NHL.

Briere was often remembered by fans and given a warm welcome when he would return to play against the Buffalo Sabres. In his five-year tenure with the Sabres, Daniel helped Buffalo reach the Eastern Conference Finals in the 2006-2007 season. In the same season, Briere tallied 95 points, and was credited by teammates, coaches, and fans for playing a major role in Buffalo’s success.

Most hockey fans remember Danny Briere playing in an orange, white, and black uniform, the uniform of the Philadelphia Flyers. In Philadelphia, Briere emerged as a lethal centre. Daniel’s offensive versatility playing in Philadelphia helped push the team to an appearance in the Stanley Cup Finals during the 2010 hockey season.

Over the last few professional hockey seasons, Daniel has experienced a limited amount of ice-time as he struggled with different injuries.

This past N.H.L season, Briere played for the Colorado Avalanche. Over the duration of his career in the National Hockey League, Daniel’s season point total has continued to shed as the journeyman began to get older. Danny recorded 12 points playing 57 games with Colorado this past season.

Daniel’s main reason for retiring from the National Hockey League was his aspiration to spend more time with his three children who live in the North East. As stated by Briere, “After taking a few weeks to think about it, it’s time to hang them up and spend a little more time at home with the family,” Briere said. “I’ve been very, very fortunate to have had a chance to play with some great organizations, but at this point the family becomes a priority.”

Although Briere is set to officially announce his retirement tomorrow in Philadelphia, his illustrious career playing in the National Hockey League will never be forgotten. 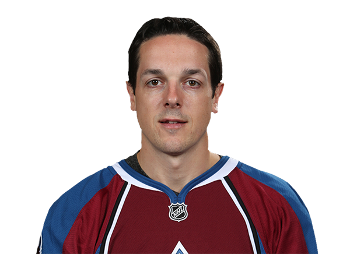