Nottingham Forest returned to league action after the international break with a tough away fixture against promotion hopefuls Sheffield Wednesday. Unfortunately Forest were unable to win and fell to a 3-1 defeat.

Forest started on the back foot with Sheffield Wednesday piling players forward and creating chances but being unable to finish any in the opening 15 minutes, they did get the goal they deserved after Jordan Smith’s terrible clearance was picked up by Kieran Lee who rolled it through to Gary Hooper who calmly slotted home to give the home team the lead.

Forest equalised just 5 minutes later after Barrie McKay played Ben Osborn through who finished beautifully to draw the visitors level. Both teams had chances but went into the break level in what was an enticing game.

Forest came out in the second half and were instantly on the front foot and had a great shot from Jason Cummings cleared off the line expertly by Kieran Lee, denying Cummings his first league goal for his new club. Wednesday were the team to go infront though, after Steven Fletcher nodded home from a simple corner routine. Wednesday were then able to put the game to bed after 70 minutes when Kieran Lee was able to capitalise on a defensive error and put the home side 3-1 up.

Forest were unable to muster any chances of real significance and suffered their second defeat on the trot. 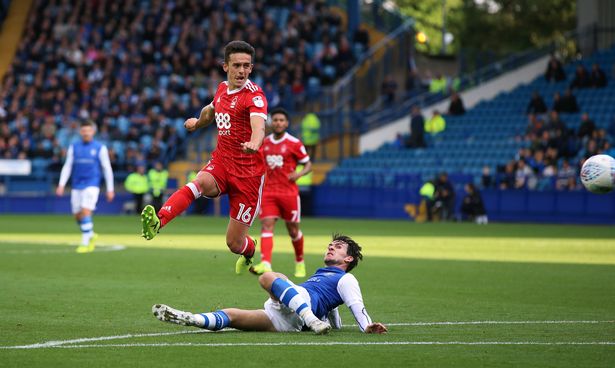