The Premier League took a back seat for the next week as cup football took centre stage in that time, and it began with the first Carabao Cup Semi Final between Spurs and Brentford at the Tottenham Hotspur stadium, here is how that went…

Who would be the first side to reach a major domestic final this season at Wembley, Spurs were undoubtedly favourites to progress in this tie and were chasing there first trophy since winning this competition back in 2008, whilst Brentford were competing in their first-ever major domestic semi-final and had knocked out four Premier League sides on route to this last-four tie, so they could not be underestimated.

The visitors were also unbeaten in sixteen games so we’re full of confidence coming into this huge game, and they did start the game well, but twelve minutes in and Spurs had the lead, as a lovely ball in from Reguilon found Sissoko who had stolen in between both centre-halves to plant a header past Raya.  Brentford would be annoyed at their defending, and Spurs had punished them for a lack of concentration.

It was the goal Spurs needed though to settle any nerves, the pressure was all on the home side, and they could have added a quick second when Son cut inside and fired at goal, but Raya got down to save well, and Raya made an even better save later in the half when he had to backpedal and tip a header from one of his own players Toney away from goal.

The Bees found it tough to create much and their best moments saw Toney send a looping header at goal but Lloris easily claim, and then a Dasilva effort brilliantly blocked by Son, who was working hard to defend as well as attack, a side of his game not often spoken about.

Spurs then had the lead at the break, but they were pushed back early on in the second half by a Bees side who looked to try and get on level terms in this semi-final, and they had a big chance when Mbeumo burst into the box and squared for Toney whose close-range effort was well blocked by Aurier.

Aurier then himself had a decent opening down the other end moments later but sent his effort high and wide, and then Spurs almost doubled their lead on the hour mark when great work from Sissoko saw him cross to Son who could only guide his volley just wide of the far post, the game was being played at a decent tempo at this stage.

And then with around twenty-five minutes to go came a big big moment as Brentford saw Toney head home from close range and bring Brentford level in this tie, but no, VAR deemed that Toney’s knee was offside as he lay on the ground before getting up to head home, and Spurs were given a huge let-off.

It proved pivotal as seven minutes later Spurs doubled their lead and took a firm grip of this contest as after The Bees had lost possession in their own half, the hosts played a ball to Kane who found Ndombele and he played a ball ahead of Son and the Spurs striker ran onto it at pace and fired an effort past Raya, and Spurs had that second goal they needed to give themselves some breathing space.

This seemed to break the shackles for the hosts and they gunned for a third to completely kill the tie and saw a Kane effort well saved by Raya before Ndombele crashed an effort against the post, and then Brentford’s night went from bad to worse when one of their star players Dasilva was shown a red card after a VAR review when he stumbled with the ball and caught Hojbjerg on the shin, giving the Spurs midfielder a rather nasty gash down his entire shin, not nice and the hosts player was furious and had to be taken off.  It’s a blow to Brentford as they will now miss an important player for three games, two of those league games.

Brentford did all they could to try and get back into the game but found the Spurs backline impregnable and it meant the hosts had done enough to take their place in the final on April 25th at Wembley. It had not been a vintage Spurs performance, but they had done what they needed to do here and have a major domestic final to look forward to against either Man United or Man City, who play in tomorrow’s semi-final at Old Trafford.

Commiserations to The Bees who more than played their part in this contest, but their long unbeaten run comes to an end here, they will now turn their attentions to the weekend’s FA Cup tie before trying to continue their charge for promotion to the promised land, and on this performance, it is hard to argue that they wouldn’t hold their own in the Premier League, they would certainly be a welcome addition to it that is for sure. 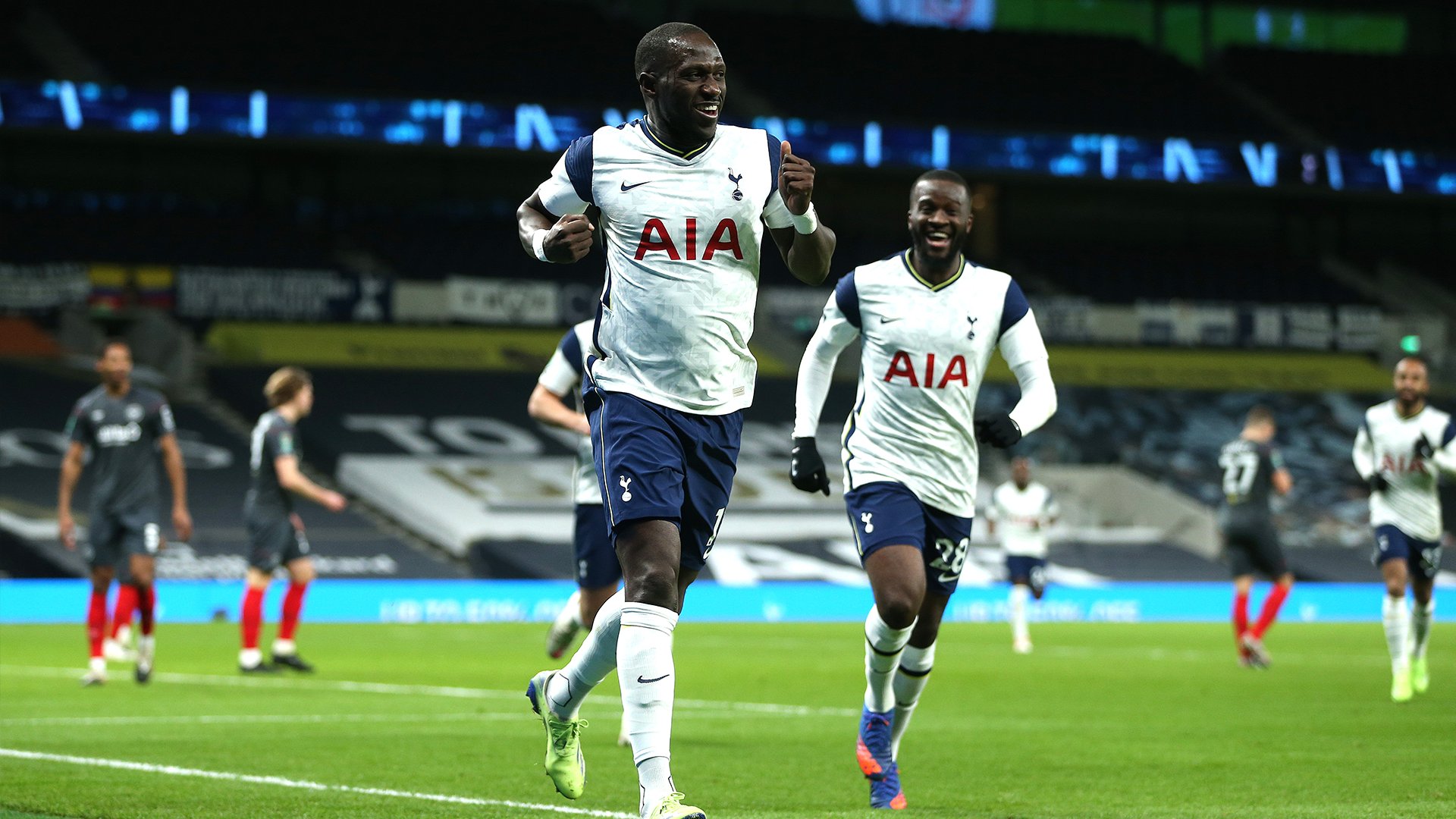