The “India Vs Australia” circus reaches Sydney on 7th January as the teams get ready for the 3rd Test Match. India leveled the series by dominating Australia in the second test match at Melbourne. The visitors fought back from an embarrassing loss in the first test where they were bowled out for just 36 in the second innings.

The team made the right changes as Ravindra Jadeja, Rishabh Pant, Shubman Gill, and Mohammad Siraj all of whom sat out of the First Test made valuable contributions. Both Shubman Gill and Mohammad Siraj, making their debut made an immediate impact and kicked off their Test career in style.
The hosts on the other hand had a torrid time at Melbourne as they were bundled out for below-par scores in both the innings as the Australian Batting crumbled yet again. Going into the 3rd Test of the 4-Test series with the series level 1-1, the team that takes the initiative now could be the team that runs away with the series. Let’s have a look at how the teams stack up before the start of the Third Test.

The biggest strength of the Indian team has to be the success of the bowling unit in this series as Ashwin has made inroads in all the innings while Bumrah has pegged the hosts back multiple times during the innings. Australia is yet to score more than 200 runs in this series and the credit goes to the Indian Bowlers for tightening the noose around the neck of the Australian Batsmen.
To add to this the addition of Shubman Gill at the top and influx of Rishabh Pant and Ravindra Jadeja lends credibility and strength to the batting order which was missing in the First Test.

India has been plagued with a string of injuries throughout the tour. Ishant Sharma is missing out. Mohammad Shami has returned home while Umesh Yadav was the latest addition to the injured list.
It is highly likely that Navdeep Saini and Mohammed Siraj, playing their first and second test respectively will comprise the fast bowling attack alongside Jasprit Bumrah in the playing eleven.
On the other hand, Rohit Sharma returning to the playing eleven from another groin injury will be under the spotlight as the opening partnership hasn’t really contributed much to the score.

Rohit Sharma was the star of the Indian Team in the most Recent limited-overs world cup. So much so that since then he was able to translate that form to tests as an opener and make a mark. In the last few years, he has been one of (if not) the best Batsmen in ODI Cricket. In a team without Virat Kohli, all the eyes will be on Rohit to see how he copes with the responsibility of opening in Australia alongside young Shubman Gill playing his second test.

To be fair to the visitors, India has dominated the bulk of this Test series. They dominated the Second test in entirety and in the First Test, if it wasn’t for a fluke morning where the team folded for 36 runs India could well have won that Test as well.
The fact that they didn’t could and should be attributed to the Australian Bowling attack of Cummins, Starc, Hazelwood, and Lyon.

More often than not they have kept the team in with a fighting chance despite multiple failures from the batting unit. At the end of the day, whatever score is put on the board by the Australian Team, India needs to careful against the Aussie Bowling because one bad session can take the game away from them, just like it did in the First Test

While India has had an Issue or two in the batting department the Hosts have had plenty of them. The openers haven’t scored big, Steve Smith has had an uncharacteristically poor Test series until now and Marnus Labuschagne has had a few starts but hasn’t scored the mountain of runs that you expect of him. Warner is making a return amidst speculations and expectations in equal measure.

Matthew Wade might drop down the order for Australia as Will Pucovski looks set to make his debut. When it comes to Australian Batting, unlike Australian Bowling there are just too many question marks surrounding them. The Australian Batting unit is yet to breach 201 runs in an innings in this series and if they want to have any chance of bouncing back in this series then the Batsmen need to put the score on the board.

David Warner is in a similar situation as Rohit as he comes back into the side after an injury with the side in dire need of runs from its Batsmen at the top of the order. Warner would be accompanying Will Pucovski who would in all likelihood be making his debut and all eyes will be on Warner if he can give Australia the start that they are looking to make in this Test series.

Heading into the 3rd Test Match of the series there are question marks around both the teams with Injuries plaguing the Indian team and Australia suffering from a lack of consistent scores from its Batsmen. One thing that is consistent though if we have a closer look is that the Indian Team has dominated most of the sessions in this series.

Barring that fateful morning in the First Test where the Indian Batting folded for just 36 runs, India has been the dominant team in this series. Going into the 3rd Test it’s hard not to assume that momentum is with the visitors and India should be considered the favorites going into this match. 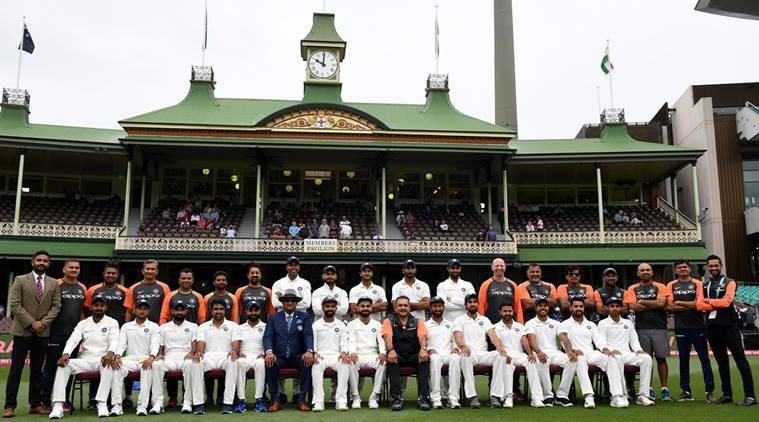