This will be another Wales triumph for rugby nation, as they were also successful in a flawless Grand Slam in the 2019 Six Nations Tournament. However, this may not be as simple as it seems, due to the active Covid cases three weeks ago in the French camp, a comprehensive victory for France, along with another complete performance on the May 26th against Scotland may crown France 2021 Six Nations Champions?

Will the Six Nations 2021 tournament conclude this weekend?

Scotland: Seven changes made by Coach Gregor Townsend as they look to gain an easy bonus point against the underperforming Italian side. The iconic positional switch see’s Scotland playmaker Stuart Hogg, move from fullback to flyhalf. Other changes see hooker David Cherry replace George Turner, Zander Ferguson also gets the nod at loose-head and a brand-new lock pairing of Sam Skinner and Grant Gilchrist start.

In the backline, Scott Steele starts at scrumhalf, Christopher Harris will slot in at outside centre and the last change sees winger Darcy Graham given the opportunity to cement his position in the Scottish side. A game against a winless Italy side does offer the opportunity for Scotland to experiment with new combinations in their second last 2021 Six Nations fixture.

Italy: There is plenty of soulsearching needed for Italy as their side is guaranteed another last-place finish for this seasons 2021 Six Nations tournament. A stretch of 31 consecutive Six Nations tournament defeats only deepen the wounds of South African born Coach Franco Smith’s Azzuri side. Seeking the rebuilding phase for their rugby, only five changes are made to the side who were outplayed by the Welsh last weekend.

Two changes in the forwards see Edoardo Padovan and Federico Mori play at fullback and centre respectively. In the forwards, changes made see loose-head prop, Marco Riccioni start, with Federico Ruzza starting at lock. Sebastian Negri makes the final change for Italy at flank Coach Smith’s side desperately looking to end their tournament on a high.

Ireland: A total of six changes made by Coach Andy Farrell for Ireland as a couple of injuries last weekend forced Ireland to test their depth accordingly. In the backline, Jacob Stockdale starts at left wing, while experienced inside centre Bundee Aki returns and Conor Murray slots back into the scrumhalf position. In the forwards, Dave Kilcoyne regains his starting position at prop, with two back row adjustments seeing Josh van der Flier and Jack Conan completing the forward pack for the Irish.

The major news that got released this past week for the Irish side, was the announcement of CJ Stander announcing his retirement from all forms of rugby. The 50 cap loose-forward stated his priority to raising his family as the main reason and will return to his country of birth, South Africa following a successful career in the Irish jersey.

England: Only one changes has been made to Coach Eddie Jones’ England side for their clash against Ireland. Injury has forced Henry Slade out of the side, and Elliot Daly getting to start at outside centre for England. Surprised by many, as Daly normally features at fullback and wing respectively.

In what was a below-par performance for England at this seasons, Six Nations tournament, a late try by lock Maro Itoje secured a historic win for his side last weekend. England will look to build from that successful triumph of a threatening France side. Will we see another dominant performance by England this weekend?

France: Unlike the other teams, the French Head Coach has opted for an unchanged starting side that lost their first Six Nations 2021 encounter against England last weekend. As the host nation for the next Rugby World Cup, France have been expressing their talent by becoming one of the worlds most feared rugby side.

Their expansive ball-in-hand running along with excellent execution makes this youthful France side head into the Rugby World Cup 2023 as one of the favourite sides. Can France destroy Wales’ Grand Slam Six Nations 2021 campaign?

Wales: Welsh Coach Wayne Pivac heads into this fixture with a maiden Six Nations Grand Slam opportunity. What has been an encouraging tournament for The Welsh to date, last season Wales were only able to record one victory in last seasons tournament.

With everything to play for this Saturday, consistency remains key for Coach Pivac’s team selection. Lock Adam Beard returns to the side, with Cory Hill relegated to the bench. With everything at stake for this rounds final fixture, can Wales pull off another historic Six Nations Grand Slam victory?

Scotland v Italy: Based on recent form and the dismal performances by the Italian side, there is undoubtedly zero chance of witnessing Italy overcome a strong Scottish side. Scotland is proving to be a solid at the set-piece side, which will cause plenty of concerns for Italy on Saturday.

With their world-class finishers in the backline, it is a matter of can Italy weather the Scottish storm? I cannot see this game not being a one-sided affair and I believe Scotland will annihilate Italy by 30 points!

It will definitely be a crucial game for both sides following their disappointing Six Nations tournament, where Ireland and England had higher hopes for this seasons tournament. As kick-off draws closer, I believe England will be the side that will secure a hard-earned 5 point victory!

France v Wales: In what may be a revival for the French side following their disappointing performance last weekend at Twickenham. Wales have their full eyes set on a Six Nations 2021 Grand Slam victory. The game does see both sides with every opportunity to make history, as a comprehensive France victory, could see them crowned champions if they overcome Scotland in their postponed fixture.

Where a Welsh win would crown Wayne Pivac’s side Grand Slam champions. I will go in favour of the Grand Slam opportunity and predict a Wales 3 point win in Paris!

Let us know your predictions in the comments below! 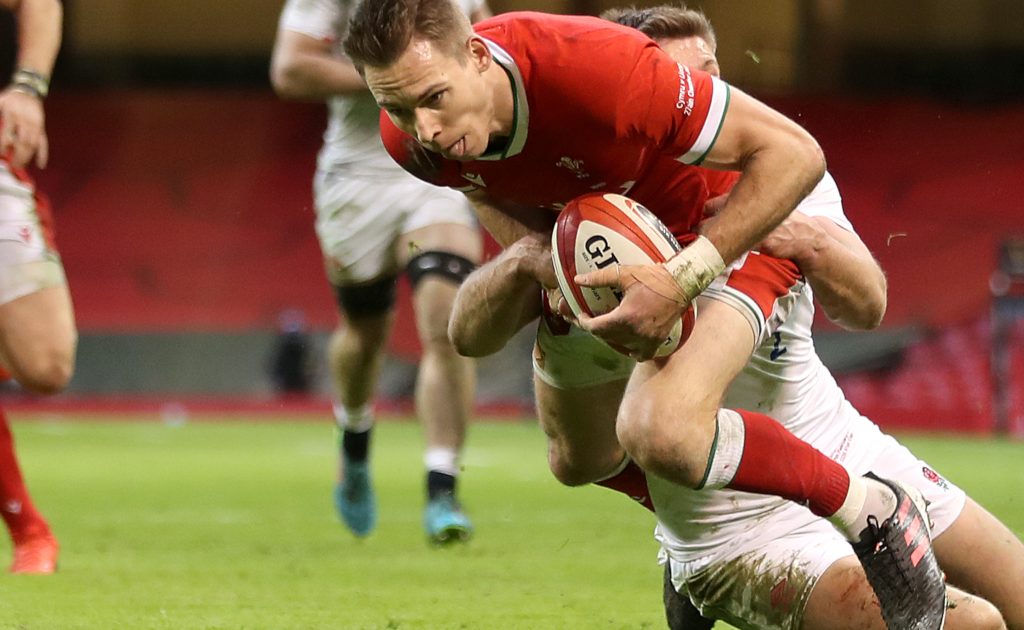