India seemed to have saved their best for the last. Having played catch up twice to level the series, India dished out top drawer stuff to clinch the fifth Twenty20 International by 36 runs and win the series 3-2. On a day when both the teams indulged in range-hitting out in the middle and the shirtfront of a wicket produced 412 runs, India withstood Dawid Malan (68; 46b, 4×9, 6×2) and Jos Buttler’s (52; 34b, 4×2, 6×4) assault to restrict England to 188 for eight.

Earlier opener Rohit Sharma’s sensational 64 off 34 balls and skipper Virat Kohli’s unbeaten 80 off 52 balls powered India to a massive 224 for two, their best-ever total against England, after the visitors won the toss for the fourth time in the series and opted to field in Ahmedabad on Saturday. In a pattern slightly similar to the Indian innings earlier, it was attacking batting as Malan, the world’s top-ranked T20i batsman, made sure England were at par with India in Power Play and thereabouts at the halfway stage.

But his 130-run partnership with Buttler – who got a dose of verbals from Virat Kohli — was terminated by Bhuvneshwar Kumar in an excellent 13th over that saw him gave way just three runs. Despite dew, Bhuvenshwar’s repertoire of slower deliveries was a treat just as his returns of two for 15 were effective. India then rammed home the advantage with Shardul Thakur (3/45) joining the act as overs 10-15 saw England collect 38 runs for the loss of three wickets.

The hosts sustained their hitting to the very end of their innings with batsman after batsman putting the England attack under pressure. In forcing the England attack to do his bidding, Rohit had them playing into his hands. Mark Wood was at the receiving end with two cracking shots racing past the bowler before he could react and with the pick-up shot working fine, Rohit cleared boundaries with impunity. Wood also muffed up a skier and as if to mock him, Rohit reached his half-century with a six off Sam Curran in just 30 deliveries. Rohit’s blitzkrieg (64; 34b, 4×4, 6×6) and his 94-run stand with skipper Kohli (80 not out; 52b, 4×7, 6×2) gave India their best start in this series and also justified the call to leave KL Rahul out and bring in T Natarajan.

There was no respite for England even after Rohit dragged Ben Stokes on to his stumps as Suryakumar Yadav (32; 17b, 4×3, 6×2) continued the good work. In going about his task methodically, Kohli ensured the foot was constantly on the pedal. England’s fielding, sloppy at best, perked up after Chris Jordan’s athleticism — running to his right at long-on and relaying the catch to Jason Roy before crossing the boundary — got rid of Yadav, but such was the scale of Indian attack that runs cascaded in boundaries and sixes.

With no Rahul at the top, Kohli moved up the order to open with Rohit, a move that worked wonders. Rohit, who was rested for the first two games and did not get much in the next two, enhanced his reputation as a big match player on Saturday.

The hosts, having got 110 in the first 10, added 47 in the next five with 19 coming in the 12th and 67 in the last five as the Indian skipper eclipsed Aaron Finch (1462) as the captain with the most runs in T20Is. The other major contributions came from Suryakumar Yadav (32 off 17 balls) and Hardik Pandya (39 not out off 17 balls). The hosts hammered 67 runs in the last five overs to give the innings a perfect finish. 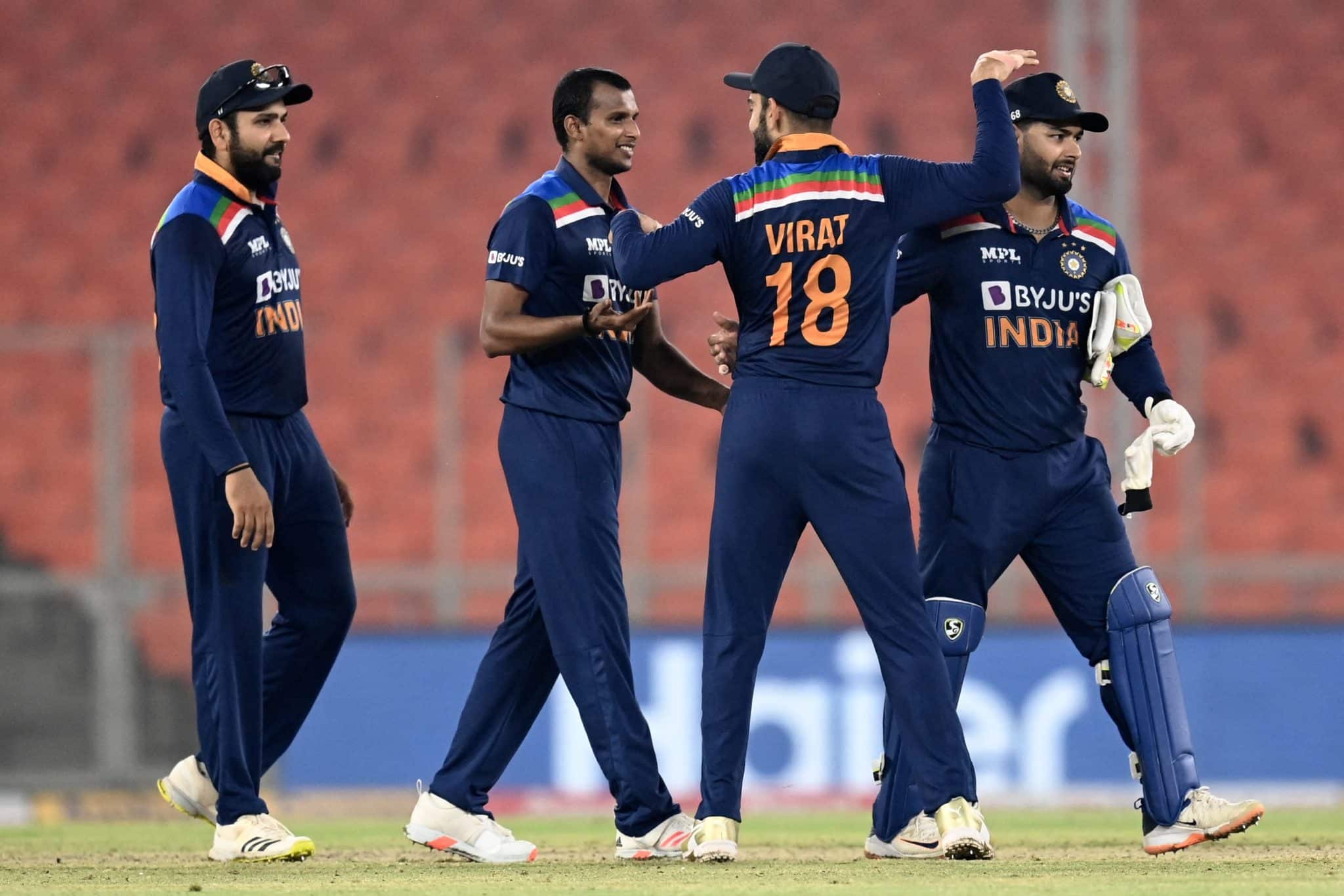