Very few teams are able to make this current Indian team look ordinary in the T20 arena. However, that’s exactly what South Africa was able to do in Perth after the Proteas recorded a famous win that allowed them to put one foot in the semi-finals of the 2022 T20 World Cup.

What’s more, is that this win comes on the back of the world declaring that this was a new era for Indian cricket owing to their dominance in the build-up to the tournament. If ever there was a statement win, it was this one.

Now, whether this South African team ends up going all the way Down Under to win their first ICC trophy since 1998 remains to be seen, what is a certainty though is that the Proteas will win their first World Cup soon.

A traumatic past haunts the Proteas

Admittedly, it seems an absurd thing to write in 2022 given that this is a nation that has produced cricketers like Jacques Kallis, Dale Steyn, Jonty Rhodes, Shaun Pollock, and AB de Villiers yet still find themselves without the holy grail of the sport. As for what the underlying reason might be as to why South Africa hasn’t been able to get over the line at World Cups, this is a question that has been debated ad nauseam.

"Grant Elliot: Superman!"#OnThisDay in 2015 New Zealand beat South Africa in the @CricketWorldCup semi-final, one of the most exciting ODIs of all time.

Indeed, from pundits in the studios to mystified South African fans gathered around a traditional braai, otherwise known as a barbeque to the rest of the world, who will sit until the small hours of the morning, swapping horror stories from World Cups gone in a bid to uncover the cause of so many failures. Typically, these conversations end with the same verdict being reached: it must be a psychological barrier. This is normally the final word on the matter before bleary-eyed fans drift off to sleep to the sound of the majestic African bushveld – the only thing able to bring comfort after reliving the PTSD that World Cups give so many South African fans.

Given that this is a theme that keeps repeating itself over the history of World Cups, as we saw in 1999 when Allan Donald was runout at Edgbaston during a time in the semi-final when winning looked easier than losing.

The second semi-final of the 1999 ICC Cricket World Cup will always be remembered for the calamitous runout that involved Allan Donald and Lance Klusener. What can you remember about this day? pic.twitter.com/KXbofn1FZ3

Or when kamikaze batting saw the Proteas crumble in the Caribbean in 2007 during another semi-final against Australia, possessing a mental block seems the most plausible answer when it comes to why this phenomenal cricketing nation hasn’t yet hoisted aloft a World Cup trophy.

It’s worth saying that this is the more reasoned view with opposition fans simply labeling South Africa as serial ‘chokers’. It’s a term that is undeniably harsh, but at the same time, not far off the truth. However, this is a tag that has a shelf life as the performance at the Optus Stadium against India proved that the class of 2022 doesn’t have the same scar tissue that their predecessors had at World Cups. Tellingly, the T20 betting site Betway seems to agree with this theory given that South Africa are now, as of the 31st of October, one of the outright favorites at just 33/10 to win the World Cup. Keep in mind that before the tournament started, the Proteas were at odds of 10/1. Again, this shows us that the current team is showing a level of calmness that was missing in pressure situations at previous World Cups which can be recognized by their falling odds.

This is a country that knows how to conquer the world

Upon further examination of the much-improved mentality of this present-day South African side, you can quickly get a better understanding of why this might be the case if you consider a few key factors. To start with, this is a squad that is now made up from all walks of life in South Africa which history tells us, is when the Rainbow Nation is at its swashbuckling best.

That was Lungi Ngidi's third wicket. He now has FOUR with India 49-5 in the ninth over against South Africa. WOW! 🤯

You only need to cast your mind back to the 2019 rugby World Cup that the Springboks won to remember how unstoppable South Africa can be when the national teams represent everyone in the country. This may seem unrelated, but having a new set of minds from different backgrounds to help break down this psychological barrier of winning a World Cup could be the difference. Once again, if we focus on the World Cup campaign that South Africa is currently putting together in Australia, it would be logical to conclude that so far, the Proteas are hugely benefiting from having the talent of the entire nation to call on.

As touched on at the top of the piece, this team may not win the 2022 T20 World Cup when you consider that sport is, after all, unpredictable. But if they don’t go all the way in Australia, then they surely win in India next year for the ODI World Cup. Yes, it is now only a matter of time before South Africa finally wins a World Cup. 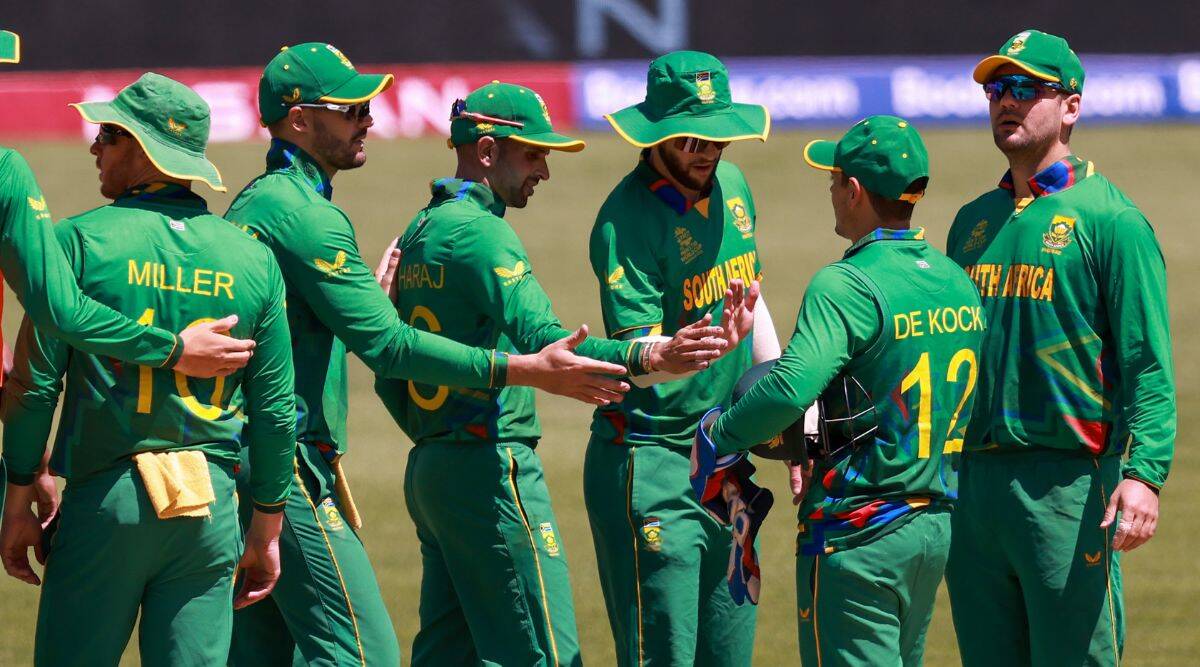